It’s time for battle. Prepare to take on a multitude of threats in your very own battleship. Today, 7 Raven Studios is happy to announce that their action arcade shooter, Afterwave: Downfall is available on all consoles. A press release confirms the release of the game today. Additionally, players can get a glimpse of the action in the trailer from earlier this year. 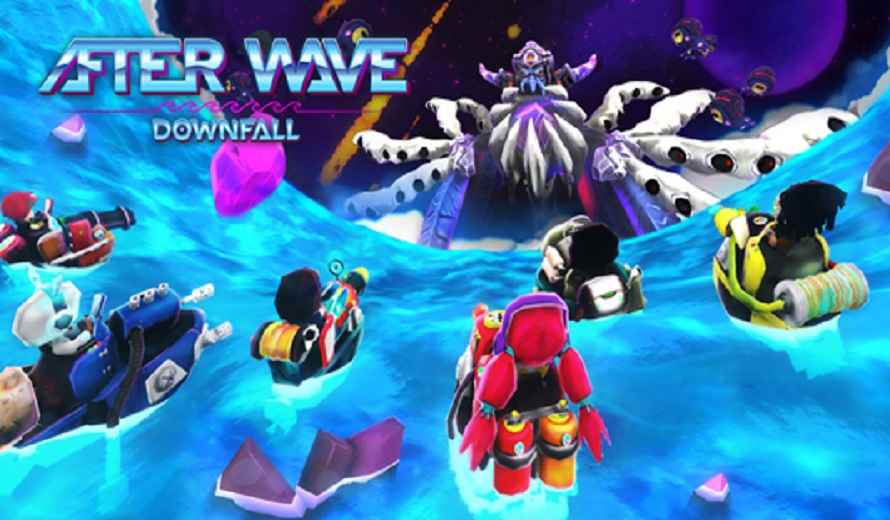 Afterwave: Downfall introduces players to a battle against monsters. Players will enter the fray with their very own battleships and take on massive beasts of varying difficulties. Players will embark on a journey, upgrading their ships, battling the beasts, and speeding through various stages. Importantly, players don’t have to battle alone. You are able join up with your friends in both local and online co-op to do battle against these monsters.

Currently the game features six different battleships each with their own abilities and playstyle.  Yet each ship is able to hold its own in this bullet-hell style action arcade gameplay. Players can get a good look at the various characters, ships, and gameplay styles in the trailer released early this year. Furthermore, the trailer also allows players to see the style of gameplay, the art style, and of course, a look at the different ships available.

Of course, the game is available today on Xbox, PlayStation, and Nintendo Switch consoles. So, are you ready to jump in your battleship and speed into combat? Just be careful, it doesn’t take much to fall prey to some of the monsters you will face.