Apex Legends recently got a gameplay trailer for the upcoming Season 6, which will introduce a new legend known as Rampart and brings new map changes to the game. The gameplay shows off Ramparts impressive Gatling gun that can apparently shred enemies whether Rampart is behind it or not. As expected, the new season kicks off a new battle pass and the gameplay trailer shows off some of the cosmetic goodies that Apex Legends gamers can expect from it. Apex Legends is available now for Xbox One, PS4, and PC, with season 6 launching on August 18th. 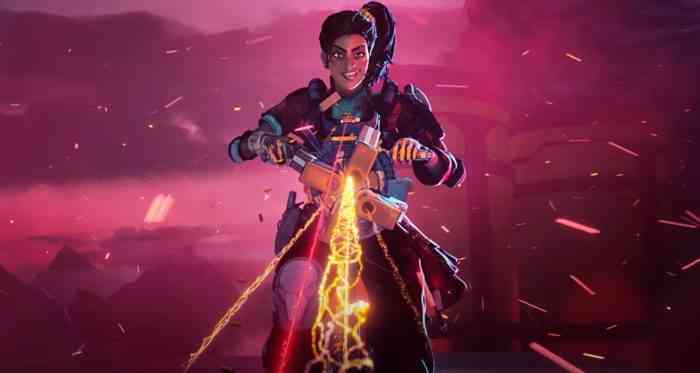 Apex Legends’ The World’s Edge map will be undergoing several changes with season 6. A Launch Site has been added west of The Dome in a previously unoccupied lava field, giving Apex fans who land at The Dome another area to file into as the circle closes. Drill Site will be replaced by Countdown and Staging has been added to World’s Edge directly below the train tracks to the east of Harvester. Fans of Skyhook have struggled to navigate away from the area when rotating towards the circle, but Respawn Entertainment has added a new pathway directly through the cliffside east of Survey Camp.

One of the big new mechanics being added to Apex Legends with season 6 is rising blast walls. These walls encompass areas such as Countdown, Staging, and Launch Site and they can be used to lock down a location to make it more difficult for enemies to close in on you. Activating a panel will start the giant blast wall to rise, creating a defensible platform and permanently fortifying the position. Apparently these blast walls will have paths around, but storming blast walls will be more easily accomplished by legends such as Octane or Pathfinder.

Will you be playing season 6 of Apex Legends? Let us know in the comments below!

The Dark Mirror Update Is Now Available In Skul: The Hero Slayer
Next
Fortnite: The Last Laugh Bundle Gets You a Joker Skin
Previous
EA Breaks Down How to Build a Ship in Star Wars: Squadrons