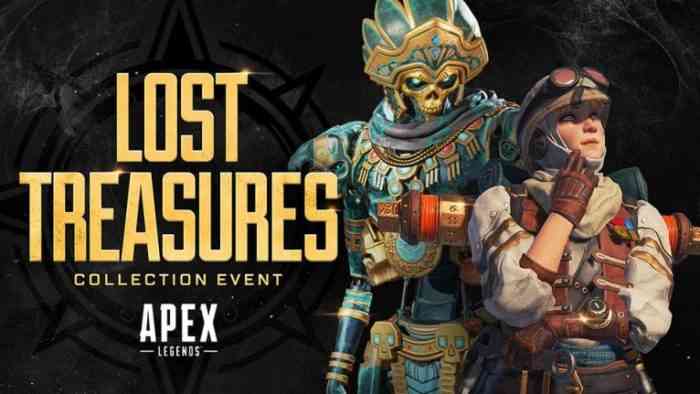 Since Apex Legends initially released way back in February of last year, fans have been requesting Respawn Entertainment add crossplay support and they’re finally doing it. Respawn is adding crossplay to the free to play battle royale at an ideal time as it releases on Steam and the Nintendo Switch. It’ll be interesting to see whether or not Apex Legends comes to any more of the PC platforms as it constantly evolves with the live service model. More cosmetic goodies will be brought to Apex Legends with the “Lost Treasures” event and the event focuses on Crypto and his map room.

The new Collection Event, Lost Treasures will include the limited time Armed and Dangerous Evolved mode being available. Only sniper rifles and shotguns will be enabled, once again, but this time the only armor option is EVO Armor. Respawn Beacons have been removed from the map but gamers will have Mobile Respawn Beacons in the likeness of Mirage when the match starts and they can use it wherever they are to revive a fallen teammate.

Will you be utilizing crossplay when it’s added to Apex Legends? Are you glad it’s coming to the Nintendo Switch? Let us know in the comments below!

Super Animal Royale Dropping Onto Consoles Next Month
Next
Rocket Arena Blasting Off Next Month
Previous
Developers Are Teasing a Need for Speed: Underground Remake on Twitter