Merge Magic is a puzzle adventure game that takes gamers across the mysterious world of Mythia where they can merge creatures and match items to lift a curse that has taken over. The game features over 80 challenges and frequent events to keep gamers engaged. President of Publishing at Zynga Bernard Kim assures players they’ll find hours of enjoyment creating creatures by merging them with magic, discovering magical objects and lifting curses. Merge Magic is currently available on iOS and Android for free with in-app purchases included. 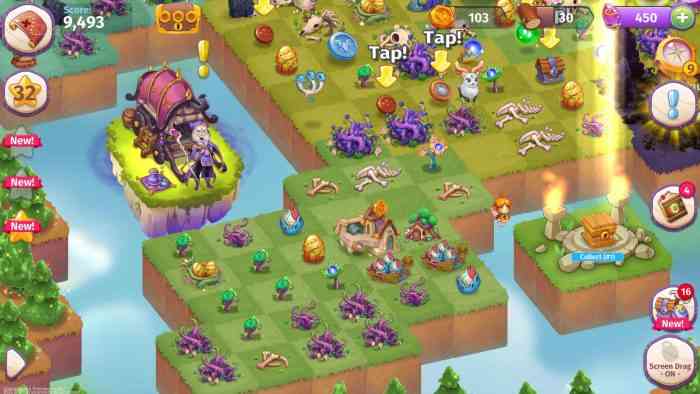 After two creatures have been merged, gamers get an egg which hatches into a new creature. As the merged creatures grow up, they eventually evolve which furthers the mystery of Mythia. The example Bernard Kim gives during his statement is combining an elephant and a butterfly to create the butterphan. Because these creatures could never mate in the real world, we expect a lot of crazy combinations, especially when mythical creatures such as unicorns and fairies are involved. Creatures can even be merged with trees, eggs, magical flowers, treasures and stars which truly baffles the mind and challenges creativity.

Matching is both fun and challenging as gamers will encounter challenging puzzles which require them to match specific creatures and items in exchange for rewards that further the progression. Evil Witches will try to prevent gamers from lifting the curse on Mythia and it’s likely these Witches will present their own unique challenges as players fend them off. It’s likely with in-app purchases that gamers will be able to purchase upgrades or bypass lengthy timers to immediately jump into action.

What are some mythical creatures you’d like to merge in Merge Magic? What do you think animals on our planet would look like if they were merged with each other, magical flowers or trees? Let us know in the comments below!

Harmony’s Odyssey Journeying to PC and Switch this October