The whimsical humour and lush visuals come alive in Trine 4

Trine 4: The Nightmare Prince is a visual storybook delight that brings expert level puzzles to a platforming action-adventure fairytale experience developed by Frozenbyte and published by Modus. Gamers switch between the three heroes familiar to the Trine series: Amadeus the wizard, the oafish sir Pontius and Zoya the grappling part-time thief, part-time archer. Local and online co-op allows friends to traverse the Birch Groves and Haunted Tombs together, solving puzzles and platforming their way through.

The beautiful vibrance of the bright colour pallet scattered throughout all of the first six levels of gameplay which are contrasted by the cool tones of Amadeus influenced levels and the Earthy, Autumn inspiration of the Sir Pontius levels. The three characters come together to reflect fall, spring and winter which really adds to the mysticism of Trine 4: The Nightmare Prince. Trine has traditionally been very colourful but this title is by far the most visually impressive and I’m glad the developers at Frozenbyte are taking a step back from the 3D gameplay in Trine 3: The Artifacts of Power.

After discovering the platforming intricacies of each hero in their own individual tutorial stage as they uncover the secrets to Trine 4: The Nightmare Prince after they’re all sent letters by Wilhelmina of the Astral Academy who is worried about the safety of Prince Selius after he stole an amulet from the academy and ran away. Selius can’t control the magic and it begins summoning dark dreams from the depths of his imagination which then attack him and Zoya, sir Pontius and Amadeus. Each character is essential in each level and they all have their own strengths and weaknesses. The mage is essential to platforming as he conjures boxes that can be tethered to other things using Zoya’s grappling hook similar to Just Cause as both characters play off each other masterfully during the platforming segments. Sir Pontius is absolutely necessary for combat, particularly the big boss battles, but Zoya is no slouch against the nightmare manifestations as she unlocks ice arrows and fire arrows. Sir Pontius also has an extremely useful shield which reflects sunlight at dark thorned roots which ignite on contact similar to Devil’s Snare in the Harry Potter franchise. 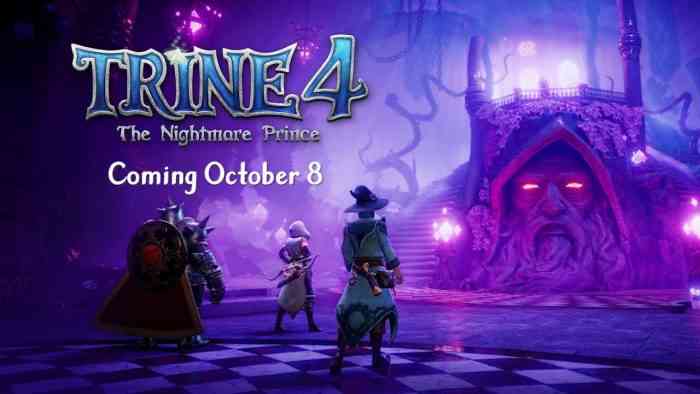 Gamers will have to get used to pressing the 1,2,3 keys to switch between characters on the fly. Some platforming segments require speed and precision so make sure you’re quick on the keyboard! Gamers trying Trine for the first time like me should have patience as many of the puzzles get extremely challenging and what may seem optional at first may cost you later should you skip the harder puzzles to progress the story. The heroes need to collect vials to upgrade their skill trees which will help and can be very important to platforming and combat. Don’t let the family friendly visuals, narrative and voice acting scare you off as people of all ages will find challenge in Trine 4: The Nightmare Prince.

Each level features unique visuals and challenges while slowly making the puzzle solving more complex. The Cursed Manor has Sir Pontius slashing his sword and deflecting debris and sunlight at the Cursed Knight, a risen skeletal warrior while Nightmare Spiders crawl on webs sprawling across the Thorny Hedge Maze. The boss battles are a mix of Mega Man and Shovel Knight combat as gamers use the stage design to gain the upper hand on the colossal challengers.

Returning to the Roots

As the trio progress through the fantasy-themed kingdom, Prince Selius continues to resist being returned to the academy and pay for his crime until he can no longer resist the amulet artifact of power. The platforming, puzzles and combat get more difficult as the heroes make their way to the Ruined Castle, the end of the road for Prince Selius. Trine 4: The Nightmare Prince updates the beautiful visuals of Trine 2: Complete Story as it transitions back to the 2.5D gameplay and returning to their roots definitely pays off for Frozenbyte.

The final product will apparently have sixteen beautifully designed levels with the puzzles and enemies increasing in challenge each step of the way. Upgrades like Blink and Dodge Roll become essential as the bosses become more menacing. More companion animals will help the three heroes along their journey as the Ruined castle is restored, seemingly starting the journey all over again. Sir Pontius will eventually unlock Frost Stomp, Dreamshield and the electric sword & shield in his skill tree as Amadeus learns to fling bouncing iron balls and horizontal throw. These upgrades will likely impact platforming, puzzle solving and combat alike. 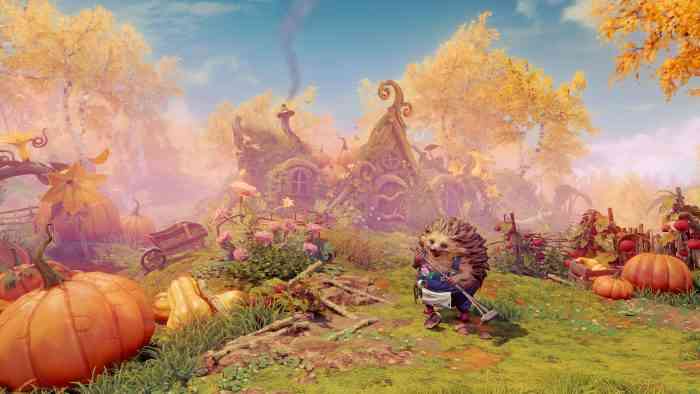 Plenty of Time for the World of Trine

As someone new to the Trine franchise, Trine 4: The Nightmare Prince has me extremely intrigued in going back and experiencing the older titles to get more of a feel for Amadeus, Sir Pontius and Zoya. Though Puzzle games aren’t typically my cup of tea, Frozenbyte manages to keep me interested with the dynamics between the trio. After approximately six hours exploring the six available stages, I’m excited to try the other eleven. The soundtrack and stunning visuals combine for an overall breathtaking gaming experience which will be available on PC, PS4, Nintendo Switch and Xbox One on October 8th. The game is currently priced at $29.99 with the Ultimate Collection available separately for $49.99. 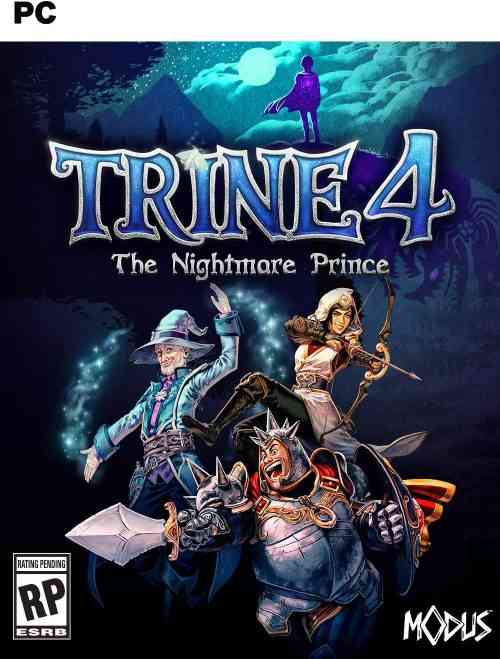 
From Madou Monogatari to Puyo Puyo