In Nightmare Debut Trailer is Both Charming and Creepy

Yesterday, PlayStation’s China Hero Project released a trailer for the upcoming In Nightmare. In Nightmare is being developed by Magic Fish Studio. They also developing a futuristic stealth game called Evotinction. In Nightmare will give players a very different reason to hide and stay out of sight. The title of this game is very fitting. The In Nightmare debut trailer gives us glimpses of the protagonist, a young boy with face-wrappings, being stalked by various monsters and creatures. It also suggests that there is a story to be told about the main character. This simple element separates In Nightmare from similar games like Little Nightmares and Inside. 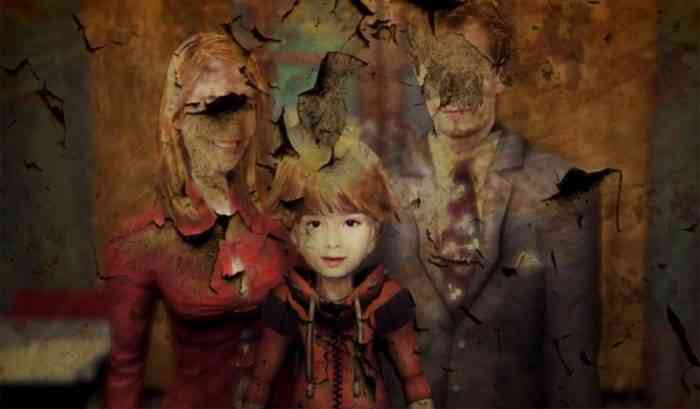 The trailer shows off enemies that are both terrifying and many. One of the stalking creeps is a ghostly bride-looking woman with huge hands, long fingers, and long nails ready to grab our little guy. Another creature appears to be a big, hulking mass with huge, red, reptilian eyes all over its body. There are a lot of these guys roaming the game. At one point, we see half a dozen of them chasing the protagonist through hallways and corridors. Your only friend in this game is a glowing butterfly to light your way.

Throughout the trailer, we see ghostly apparitions of people. Not like the ghost-bride, but actual human people; a man, a woman, and a child that appears to be our protagonist. The trailer ends with an image of a time-worn painting of the boy and his parent, whose faces appear to be scratched out. Mysterious. No release date appears to be given, unless it is included in the Chinese text.

Will you be keeping an eye out for In Nightmare? Let us know in the comments below.


In Nightmare Review – A Fever Dream of Sorts

In Nightmare, Horror Adventure, Brings Fear To life On PS4 and PS5 Today