In Nightmare Review – A Fever Dream of Sorts

When I think of contemporary horror games, I typically envision first-person adventures or third-person, over-the-shoulder-type games. In Nightmare does things a bit differently, featuring more of a top-down, isometric type of viewpoint, which definitely brings a different level of horror into the game. Horror games have felt a bit repetitive in recent times. In Nightmare seems to be able to break the mold, at least a little bit.

The game puts players into the role of a young child, Bill. He’s experiencing the effects of a broken family, closing himself off from reality, and falling into a deep slumber. In a dream world of nightmares fueled by unpleasant memories, Bill is forced to embrace his fear, learn the truth, and finally wake up. The game does a pretty good job of dealing with various aspects of the decent narrative. Portions of it were easily missed without adequate exploration.

In Nightmare is self-described as a narrative-driven horror adventure game combining sneak action with diverse puzzles. It fits the description quite aptly. Taking place from an isometric perspective, players must control Bill in navigating through a series of levels. These include with elements of puzzles, horror, exploration, and even some platforming. Each one adds something of value to In Nightmare’s gameplay or narrative. 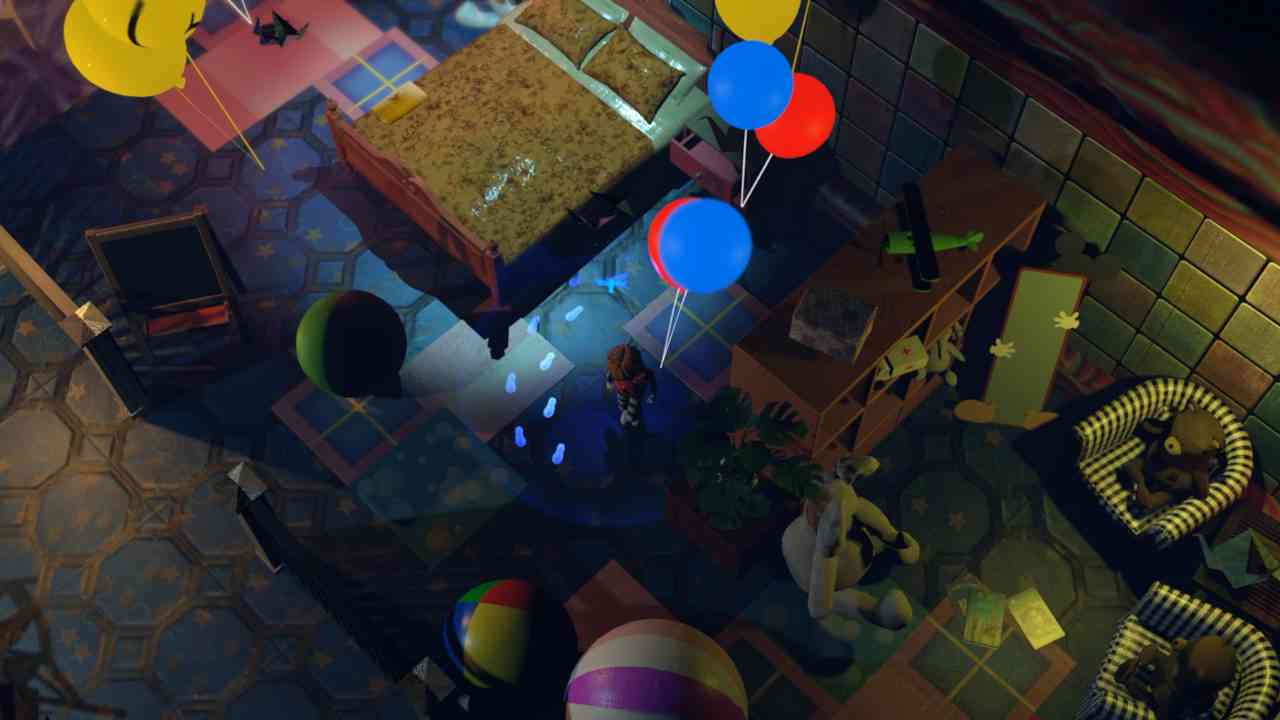 In Nightmare introduces a bit too many mechanics, resulting in often forgetting which buttons did what. An abundance of gameplay mechanics can be positive, but in this case, it was a negative. For a game that lasts approximately 10 hours, there wasn’t a need for an overly complex number of mechanics. In Nightmare would have benefitted from fewer mechanics, a more refined gameplay loop, and a heavier focus on narrative.

Despite the shift in perspective, In Nightmare falls into the pattern of other horror games. The core gameplay loop of the game revolves around Bill’s exploration and puzzle-solving. There’s also the horror game staple of being chased by an enemy at various intervals until you are able to hide. While this may be a tried and true method of building a horror game, there is always the opportunity to do something different. While overall gameplay wasn’t bad, In Nightmare could have leveraged its strong narrative and more cartoonish aesthetic to do something a more unique.

Aesthetically, In Nightmare distinguishes itself from other horror titles by avoiding a more realistic look. Bill has a slightly cartoonish vibe and levels are more surreal than real. This style works well with the game’s nightmare narrative. Audio elements of the game do a swell job of heightening the senses. I assumed the isometric view would make the game decidedly less scary, but the audio helped to contribute to a relatively spooky atmosphere.

Overall, In Nightmare hits the mark. It fits its self-defined genre, and was an otherwise decent game. Its overabundance of mechanics and reliance on standard horror game features hold the title back from being more unique than it could be. Though In Nightmare should not supplant any of your favorite horror titles, the game’s narrative and attempt to differentiate itself through its visuals might just be enough to garner a curious horror game fan’s attention.


In Nightmare, Horror Adventure, Brings Fear To life On PS4 and PS5 Today