For those with short memories, Godfall is a high-fantasy brawler/looter that was touted as the flagship release for the brand-new PS5. Unfortunately, it was much more sizzle than steak. With a paper-thin story, short length, bugs and a new, $70 price point, Godfall disappointed many fans and critics. Actually, the reaction was downright vitriolic. Now, Godfall has emerged again in the Godfall Ultimate Edition. It addresses many — though not all — of the original’s problems, adds the game’s DLC, and drops at a reasonable cost. Is it worth looking at now?

What’s New and What’s Not

I’m one of those folks who missed Godfall at launch. In part, this was due to those negative reviews, but mostly it was because it was several months before I could score a PS5. By then the world had moved on to Returnal and Demon’s Souls. However, ARPGs, looters and dungeon crawlers are my go-to genre, so I put aside my preconceptions and looked at Godfall with fresh eyes.

On release, Godfall was eviscerated for its hackneyed, lackluster story. You play as Orin, on a mission of fratricide, out to kill your brother before he becomes a god and destroys the world. In the hands of better or more ambitious writers, Godfall’s story might be a grand-opera family drama. Instead, it’s both melodramatic and forgettable. It moves the game from point A to B, C and D but without much subtext or nuance. To be fair, there are more than a few popular action games with mediocre narratives. Godfall’s dialogue is pretty bad, but its voice acting is decent, if often pompous. 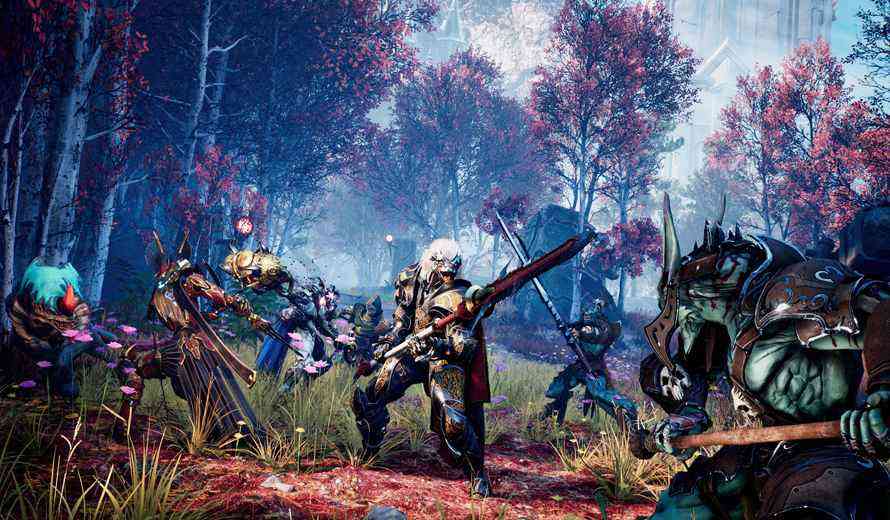 The Godfall Ultimate Edition obviously doesn’t entirely rewrite the story, though it does beef it up a bit with some missions that add characters to the party. Godfall’s strength was — and remains — its action combat. It feels great, and while over time the game’s level design begins to become repetitive, combat almost never does. Fighting feels visceral and weighty, a cross between Dark Souls and Monster Hunter. There are quite a few combos, finishing moves, blocks and parries. It’s fluid and fun. The usual melee-type weapons — longswords, twinblades, polearms greathammers and broadswords — are all viable choices but most players will probably stick to a couple favorites. The game’s unique Polarity system enables the use of one’s equipped weapon to charge up their second weapon during combat.

There is an abundance of loot to pick up from chests and fallen enemies. The good news is that much of it is useful, but the bad news is that the inventory system still remains a bit convoluted, though improved. The game’s armor system revolves around what it calls Valorplates. The twelve Valorplates are armor templates that include passive and special abilities. Players collect resources during exploration and combat that unlock additional Valorplates. Visually, the Valorplates are stunning, over-the-top high fantasy collections of reflective surfaces and dangerous-looking elements. Each Valorplate can have several unique loadouts. In practice, the different Valorplates don’t necessarily feel as distinct as they look. There are “male” and “female” designs but the narrative doesn’t take this into account. Orin’s always voiced by a dude. 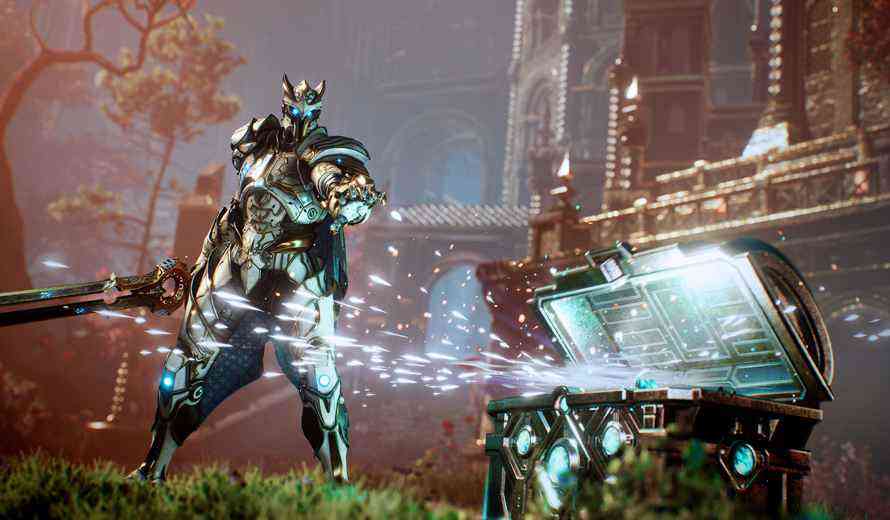 The elements of earth, air, and water play heavily into both level design and weapon effects. In the base game, Orin journeys across three realms dominated by the three elements. The Godfall Ultimate Edition includes the Fire and Darkness DLC which adds — you guessed it — a realm dominated by fire.

Though each region looks unique, mission structure and level design are, if not actually lazy, certainly not very creative. There’s a main mission path through a series of mini-bosses leading to a main boss, with short side-path missions along the way. Again, this is true of a lot of RPGs, but disappointing in a title that was supposed to usher in a new era of gaming.

Most console launch titles showcase the technical prowess of the new machines. It’s certainly true of Godfall. It still looks impressive. It’s bright and super-saturated, with reflective surfaces and particle effects in every frame. After dozens of hours playing the relatively muted Elden Ring, Godfall felt retina-burning, like the Las Vegas strip on steroids. The original release was plagued by a number of bugs, but most of these seemed to have been addressed. My experience, at least, was relatively free of framerate issues or visual anomalies.

One of Godfall’s irksome launch issues was that an online connection was required. It still is. There’s no cash shop or microtransactions, but it’s still not playable offline. This is ostensibly to monitor and protect the experience from hacks and exploits. Plenty of other ARPGs and looter/shooters somehow find a way around this problem, though. Godfall includes cross-platform cooperative play between Steam and Epic, but not between PC and consoles. There is crossplay between all recent console generations, however, so that Xbox One players can match up with Xbox Series X/S players, for example. 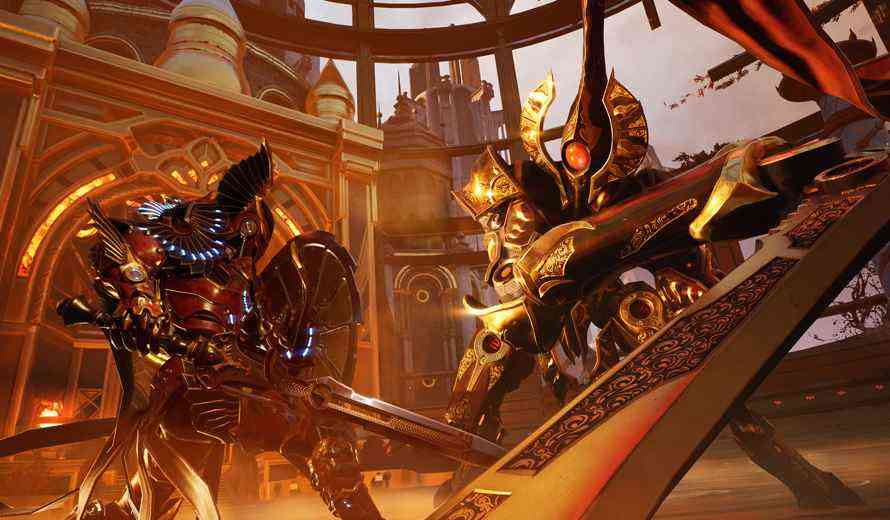 Godfall Ultimate Edition’s list of added features and improvements is impressive and addresses quite a number of gripes about the original game. From story to combat, the game has been tweaked or significantly revised. The somewhat pedestrian narrative and level design don’t obscure the excellence of the action, which remains immensely engaging. Though the always-online requirement remains irksome, the $30 price tag for the base game, DLC and boatload of enhancements, endgame content and add-ons makes it a reasonable proposition. Godfall might have made a disappointing first impression, but its highly negative reception was maybe disproportionate. In any case, the Ultimate Edition makes Godfall deserving of a second look. 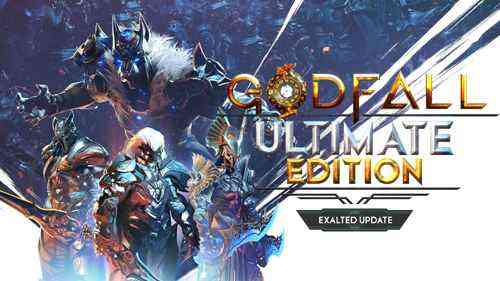 With Before the Shadow, Lord of the Rings Online Is Still Growing Strong
Next In Nightmare Review – A Fever Dream of Sorts
Previous Tentacular Review – Getting Squiddy With It