World of Warcraft Classic Launching on Patch 1.12 ‘Drums of War’

World of Warcraft Classic Will Be Bringing Back That Vanilla Gameplay

As a massive World of Warcraft fan, I was glad to hear that Blizzard hasn’t forgotten about World of Warcraft Classic, having just released a ‘Dev Watercooler‘ development update, which talks about their process, the difficulties they’re facing, and what patch they’ve decided to launch the game on. 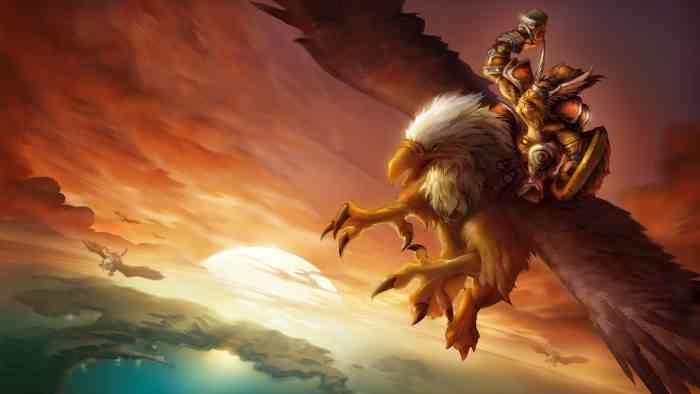 The development update highlighted the game’s early stage of development, and revealed what version of the game Blizzard decided they wanted to build World of Warcraft Classic on. They settled on patch 1.12, named Drums of War.

Patch 1.12 was the last version of ‘vanilla’ World of Warcraft before it launched its first expansion, The Burning Crusade, back in 2007. ‘Vanilla’ in this context means the original version of the MMORPG, without any of the proceeding expansions, which is what World of Warcraft Classic hopes to be.

Blizzard explain their reasoning for choosing patch 1.12 below, including some of the issues they faced:

‘As many of you have noted, the classic period was two years long and full of changes. Core features like Battlegrounds were introduced in patches after WoW’s original launch, and class design similarly changed over time. After careful consideration, we decided on Patch 1.12: Drums of War as our foundation, because it represents the most complete version of the classic experience.

‘…Our initial runs exposed a few (expected) issues: the game sometimes crashed, didn’t recognise our modern video cards, and was incompatible with our current login system. That first pass also couldn’t support any of our modern security and anti-cheating capabilities. Clearly we had a lot of work to do to make WoW Classic live up to the Blizzard standard of quality, and deliver the experience players want.’

Blizzard also mentioned how they plan to double down on the classic experience, using some of their modern code to lay the groundwork for WoW Classic. This coding will include the older quest lines and terrains, but also excludes any of the recent additions to the game, such as Transmogrification (changing the appearance of your armour) and in-game achievements.

‘…would it still be possible to deliver an authentic classic experience if we took our modern code, with all its back-end improvements and changes, and used it to process the Patch 1.12 game data? While that might seem counterintuitive, this would inherently include classic systems like skill ranks, old quests and terrain, talents, and so on, while later features like Transmog and Achievements would effectively not exist because they were entirely absent from the data. After weeks of R&D, experimentation, and prototyping, we were confident we could deliver the classic WoW content and gameplay without sacrificing the literally millions of hours put in to back-end development over the past 13 years.’

For further information about the intricacies of reverting WoW back to its roots, read the development update here!

What do you think of Blizzard’s choice here? Let us know!

Layering May Return to World of Warcraft Classic