These Lengthy Games Will Last Through Quarantine and Beyond

While there are many genres that cover thousands of games, we all have nostalgia for certain titles. Whether it’s from a simpler time in your life or for some reason it just stuck with you through the years, everyone has a game that they take to during hard times that make life a little simpler for them. We recommend you let us know what those special titles are in the comments but these are some essential titles that will take you so long to get bored of, that you’ll still be playing them when social distancing becomes a thing of the past and we’re all gathering in mass numbers again. Although these games may not be for you, they’re classics that will take many hours to complete and they will last through quarantine and beyond. 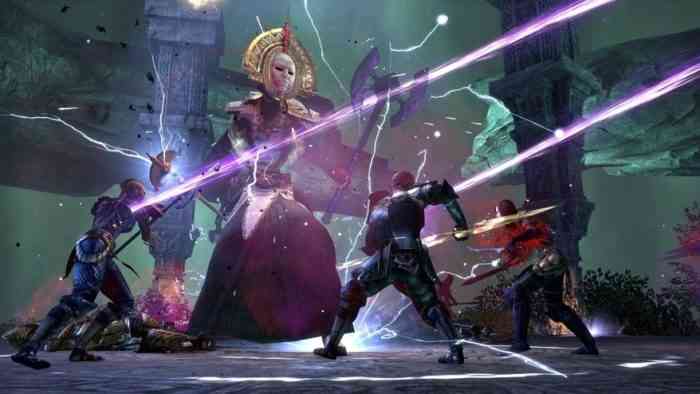 The first Bioshock released exclusively on the Xbox 360 but the series has come a long way since then, even coming to the Nintendo Switch soon. This collection brings together the original title, Bioshock 2 and Bioshock Infinite, telling one of the richest narratives in gaming. While the three games and their DLC combined doesn’t take nearly as long as some of the other experiences on here, they include quality FPS gaming and subtle RPG mechanics and puzzle solving. While many moments in these titles require you to use a specific Plasmid or weapon, it generally gives you a great sense of freedom to handle confrontations. I’ve even beaten a boss by repeatedly bashing his own mask into his face and I’ve hypnotized a Big Daddy to destroy several splicers before it inevitably fell before my hacked turret. The gameplay is entertaining but the worlds of Rapture and Columbia are far from cheerful or pleasant. The Bioshock dream started with Andrew Ryan who asked a simple question: Is a man not entitled to the sweat of his brow?

Kingdom Hearts is a Disney and Square Enix project that dates back to the PS2 and this collection includes every piece of the story along the way. While the Kingdom Hearts franchise has included titles on the Gameboy Advance and PSP, these titles are still included as part of the Story So Far. Considering this series is arguably one of the best mashups in gaming history, it’s an essential experience for RPG fans to play through. Anyone who’s enjoyed a Square Enix title in the past should give this one a try, even if the action heavy combat doesn’t appeal to them as the story includes characters from Final Fantasy interacting with some of Disney’s finest. If you don’t have Disney+ to binge your favorite Disney movies on through quarantine, this is the next best thing. If you had to play any Kingdom Hearts game through lockdown, this is easily the most time consuming one on the market.

Unlike many other titles on this list, the Persona 5 experience is quite finite. It takes dozens of hours to complete Persona 5 and easily over 100 to 100% it. The Completionist on YouTube himself has struggled to fully complete the title despite really enjoying it so if that isn’t enough content to make it through quarantine, I don’t know what is. Persona 5 is a turn-based action heavy JRPG that is comparable to few others. The storytelling is rich but the gameplay doesn’t suffer for it. Every system that exists in Persona 5 is finely tuned and the art design is the best in the series. The title is currently exclusive to the PS4, with a Royal edition releasing recently, adding more content to the already expansive game. There are many mini games gamers can enjoy on the side and socializing with various characters will not only expand your time with the title but it will also improve the quality of your experience. There are dungeons known as Palaces but this isn’t a dungeon crawler, there are some personas that look like monsters but this isn’t a monster collector. Persona 5, like many others on this list, are comparable to no others in their genre.

Overwatch 2 Developers Release Blog Discussing The Beta
Next 8 Video Game Foods We Want and 5 We Already Have
Previous PS5 vs. Xbox Series X: Does It Even Matter Anymore?