After successfully Kickstarting their project, developer I-Novae is ready to release Infinity: Battlescape next week on Steam Early Access with the intent to further develop the game over six months to a year in Early Access. Infinity: Battlescape is a multiplayer space combat where gamers will do battle in space and on various planets with some wars lasting days instead of hours. So far the game is only expected to release on Steam for PC. 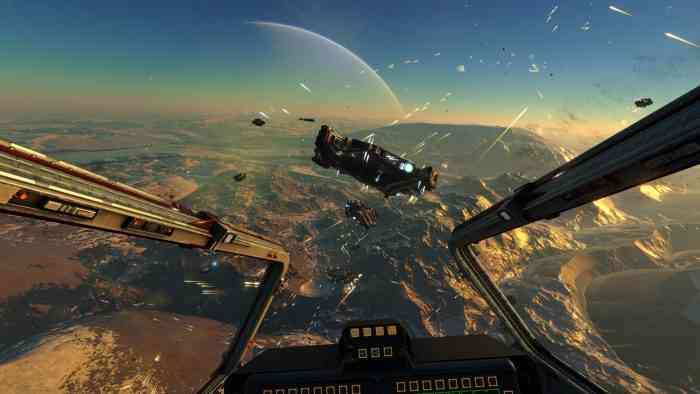 Gamers will be able to configure their ships to their needs and each ship feels unique as the game caters to multiple play-styles. Carriers are mobile spawn points with limited weaponry, the cruiser has superior weaponry and carry heavy armor, the interceptor is the small and nimble scouting ship and Corvettes can repair team-mates in defensive mode or tank over the competition in offensive mode. The ships will navigate through a massive procedurally generated star system with no loading screens. Gamers will come across multiple battles as they soar between barren moons, volcanic planets, asteroid rings, gas giants and other interstellar objects; some including hundreds of ships.

Infinity: Battlescape has a competitive ladder where gamers can gain ranks and complete side missions to gain credits used to upgrade and customize their ships. Multiple corporate factions seek to control the solar system and gamers will likely join a corporation to coordinate with others in their faction and take out the opposing faction and their infrastructure. We’re impressed with the level of strategy in the game as each faction has multiple space stations, factories. This allows gamers to tackle the situations differently and will also force them to defend when they aren’t attacking.

We noticed during the trailer that inside one of the cockpit’s there’s a ornament rested on the hood, suggesting a strictly cosmetic way to make your ship unique. Some of these battles look extremely intense so we hope that Infinity: Battlescape gains the following necessary for huge intergalactic battles like in games like EVE Online for example. Are you excited to compete in some intense intergalactic battles? Were you a fan of EVE Online? Let us know in the comments below!