The Coalition Confirms Gears Tactics for Xbox One

Originally Announced for PC, Gears Tactics is Confirmed for Xbox One

In a recent Twitter post, The Coalition Studio Head Rod Fergusson confirmed Gears Tactics is being developed for both PC and Xbox One. The British developer working on the game is known as Splash Damage and is known for the Gears of War: Ultimate Edition and Gears of War 4 multiplayer and Halo: the Master Chief Collection. Gears Tactics has no release date yet, despite Gears Pop! being released and Gears 5 coming out on September 10th, but it will feature gameplay similar to the X-COM franchise. 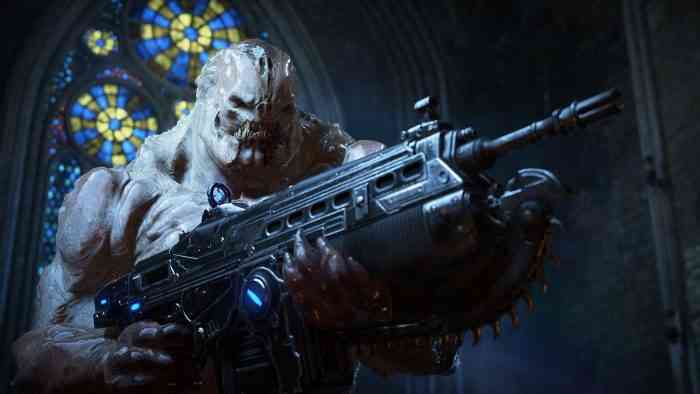 Gears Tactics is a turn-based tactics game that’s set twelve years prior to the original Gears of War and the story focuses on a brand new group of characters unfamiliar to the main Gears of War games. The squad will be customizable as gamers meet new playable characters along the way, boss battles will be just as epic as the mainline Gears games and weapons will be upgradable. Gears Tactics was announced alongside Gears 5 and Gears Pop! at E3 2018 and since then, The Coalition had gone silent about Tactics until the recent Twitter post from Rod Fergusson.

Because Gears Tactics is a prequel, we’re interested to see what new stories can be told by the developers at Splash Damage and are interested to see what the Gears franchise looks like from a turn-based tactical perspective. This is what we thought about Gears of War 4 but because of the turn-based tactics nature, check out our review of X-COM 2 here to see if Gears Tactics will be worth picking up for you.

What are some of your favorite mechanics in tactics games that you’d like to see in Gears Tactics? What Gears of War character are you interested in playing in the turn-based tactics game? Let us know in the comments below!