Unfortunately, there wasn’t a trailer for the RTS title, but Coalition studio head Rod Ferguson revealed that it’ll take place 12 years before the first Gears of War, commanding a new squad hunting down “the locust monster maker responsible for destroying whole cities.” He also said that the game will feature a character-driven story, a customizable squad and equipment, and the giant boss battles the series is known for. 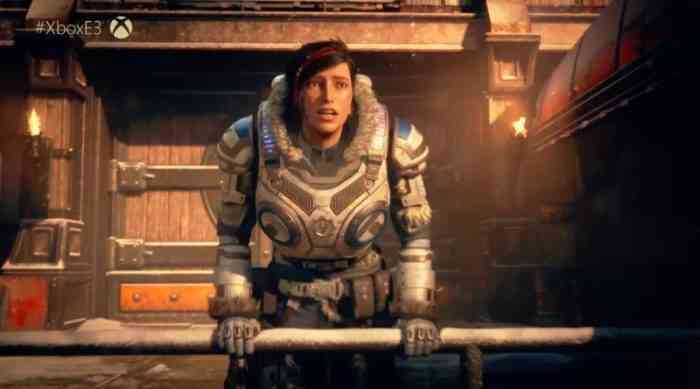 Gears 5 will feature the player assuming the role of Kait, one of the trusty sidekicks from the series’ last outing. She explains that she’s been experiencing nightmares she believes are trying to send her a message, before setting off on a journey with Marcus, JD, and Del to find out what they could be prophecizing. The trailer features new versions of the Swarm, and Kait using an enormous hammer to tear them apart.

Gears 5 is set to drop in 2019, though the other two titles have not been given a release window.

Which of the new Gears games are you most excited for? Let us know in the comments! And be sure to check out the rest of our E3 coverage including the Devil May Cry 5 reveal, and Microsoft’s mysterious new Halo title.

2K Shows Off New Gameplay Enhancements In NBA 2K23
Next
The Elder Scrolls: Legends Coming to PS4, Xbox One, and Switch
Previous
Dive Deep into Shadow of the Tomb Raider with a Gorgeous New Trailer