During COGConnected’s visit to The Coalition to meet the developers behind Gears of War 4 we had the opportunity to go hands-on with more of the game than we imagined and met many of the key creative team. All of whom are bursting with excitement for Gears fans to experience The Coalition’s take on Xbox’s biggest franchise. One such creative is Matt Searcy.

Matt Searcy is the Lead Campaign Designer on Gears of War 4 and COGconnected had a moment to chat with him about what makes a great enemy character, how to balance the old with the new to meet fan expectations and memorable milestones hit during development. Of course, you’ll also be able to find out which Gears of War 4 weapon Matt would want by his side if the Swarm infested earth.

Watch the full interview below.

Gears of War 4 will be released on October 11. It will be on the Xbox One and PC, and is an Xbox Play Anywhere title, meaning that if you buy the game digitally on either platform, you will be able to play it on both at no extra cost. 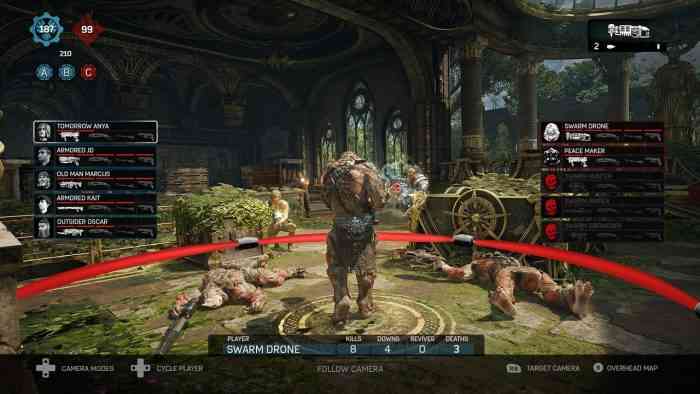 For more Gears of War 4 insight. Check out our interview with Studio Head, Rod Fergusson and our hands-on impressions of Gears of War 4’s latest competitive multiplayer modes.

“Gears of War” is one of the most celebrated sagas in videogame history. Launched to critical acclaim in 2006, the original defined the first-generation of HD gaming and went on to become a $1 billion dollar franchise enjoyed by 45 million players worldwide. “Gears of War” titles are published by Microsoft Game Studios and are developed by The Coalition, the development studio led by “Gears of War” co-creator Rod Fergusson.