Last week COGconnected had the opportunity to visit Studio Head Rod Fergusson and his team over at The Coalition in Vancouver, BC, Canada, where they allowed us to go hands-on and dive deep into Gears of War 4’s latest multiplayer modes, Horde 3.0 and of course the gorgeous single player campaign.

But before we got too covered in Pouncer blood, we managed to sit with Rod and chat a little about the hurdles his team faced during Gears of War 4’s development and how he guided them through a sort of Gears-school. We also discuss potentially controversial weapons, fan criticism, choosing the right actors and more! Topping it all off with a Gears inspired round of “F***, Marry, Kill?”. Watch the full interview below

For more Gears Of War 4 insight. Check out our interview with Lead Campaign Designer, Matt Searcy and our hands-on impressions of Gears Of War 4’s latest competitive multiplayer modes. 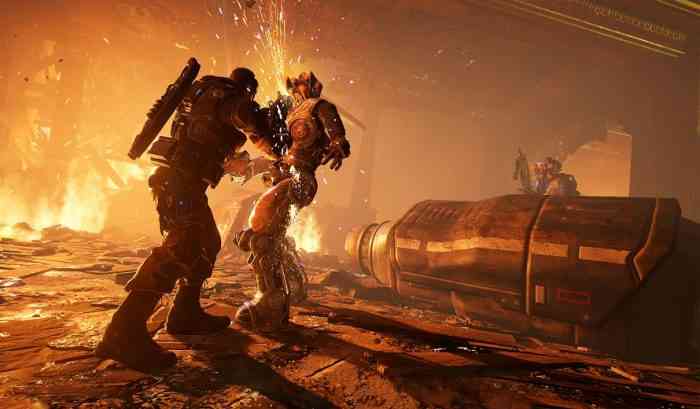 Gears of War 4 will be released on October 11. It will be on the Xbox One and PC, and is an Xbox Play Anywhere title, meaning that if you buy the game digitally on either platform, you will be able to play it on both at no extra cost.