The playable demo for Outriders is finally upon us with mere hours left. Players will be able to jump into the free demo to check out the latest RPG shooter from People Can Fly and Square Enix, but what will this demo bring to the table? Demos have become almost a long-forgotten memory but they used to only be the first mission or half an hour of a game to get a brief taste. Will Outriders be the same? Absolutely not! Here is everything you can expect from the Outriders demo.

What Can We Expect At The Start?

When you first boot up Outriders you’ll be given access to the full prologue of the game. This will teach you the backstory and set up the search for the signal, as well as giving you some insights into life on Enoch. From there, players will be able to try out all four playable classes and make their way through over three hours of content, all the way up to your first major boss; Gauss. All of your hard work during the demo will be able to carry over to the full version of the game on release which means all those hard-earned mods from loot grinding will be ready and waiting for you. 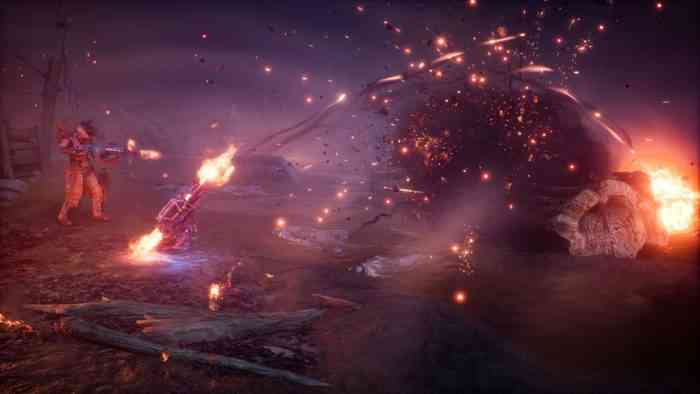 What Can We Do With Our Outrider?

Players have access to six character slots, meaning you can try out one of each class and still have two extra slots available for whatever you want. The demo will let you reach up to level 7 (max character level is 30) which will also unlock the first four of your class’s eight anomaly powers. You’ll also have a few points to put into the skill tree which will give you an idea of how the general systems work. The demo is also loaded with side missions, some of which require specific actions before they will be unlocked, including defeating Gauss. Every mission and side mission is replayable, so feel free to grind! 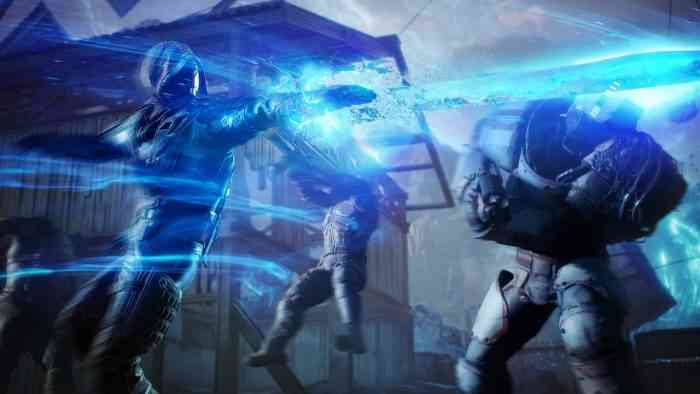 Outriders is a co-op experience with one to three players. There is absolutely no PvP involved in the game. The demo will be available for free on PS4, PS5, Xbox One, Xbox Series X/S, Steam, and Stadia. Not only is it playable on these platforms, but Outriders also offers full crossplay functionality across them. Did you know this feature will also be available during the demo? You’ll need to go into your settings as crossplay is automatically turned off by default – the demo is running a beta version of the crossplay systems – but turn it on and you’ll be good to go with your friends on any platform. Bartek Kmita and Piotr Nowakowski, two of the developers at People Can Fly, confirmed that due to some technical and legal restrictions there isn’t a particularly smooth method of finding your friends in cross-play, but they are eager to work with the community to set up the best possible multiplayer system for friends to squad up on Enoch. 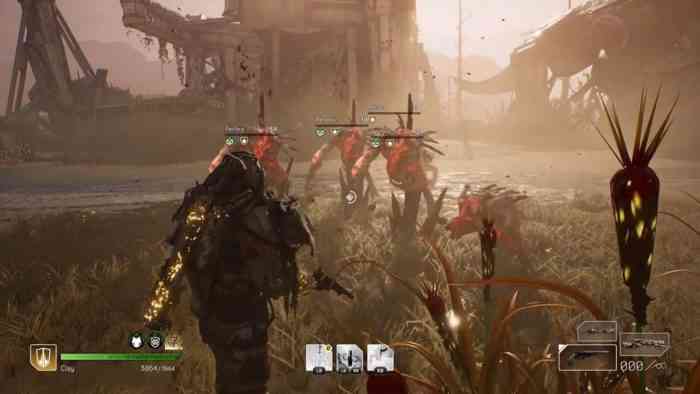 So what makes Outriders such a big deal? Why don’t we give you a list of some of the important features we haven’t touched on yet:

– All progress from the demo will carry over to the full release of the game.

– The complete game on day one.

– Unbelievable customization with over 350 mods (check out our list to see the ones we found so far!)

– Incredibly short cooldowns on your powers so you can use them often.

– Drop-In, Drop-Out co-op means the enemies adapt to your squad.

That Little Extra Something For PC Players

As we have known for a while, People Can Fly wanted to make sure the game was accessible to all PC players regardless of their specs. It is built to always run at 60 FPS regardless of running on minimum, recommended, or maximum settings (although there are options to lock and unlock your FPS setting). They have stated that any PC purchased in the last six years should run the game just fine.

It will also feature native ultra-widescreen support, fully remappable buttons for keyboards and controllers, as well as integrated support for 13 languages.

Today’s Outriders Broadcast ended with a big surprise announcement: Custom Outriders Xbox Series X/S Controllers. These slick new controllers will not be headed to retailers just yet, but they will be given out as prizes across Outriders’ various social media channels. 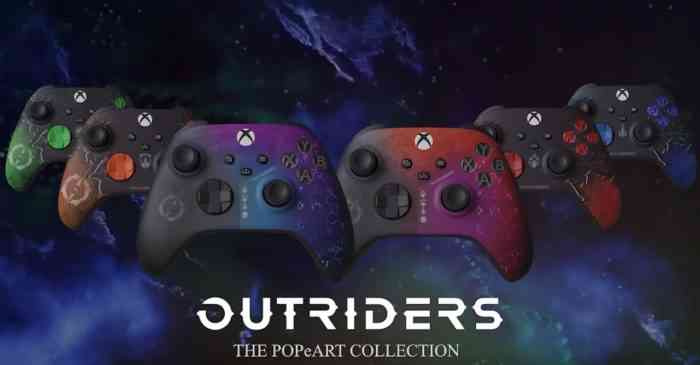 Are you excited to jump into the free demo launching February 25th? Let us know on Facebook, Twitter, or the Comments section below. Outriders will receive its full launch on April 1st, 2021. For more information, check out the game’s official website, and be sure to check out our various beginner build guides for the Trickster, Pyromancer, Devastator, and Technomancer.