Good news for Gears 5 players that like to play in style. There are a bunch of Gears 5 skins on their way for both weapons and your favorite characters. It is unclear where this leak originates from, but many fans have traced it to a fan-made Gears of War Twitter account, though that’s just where it got the most eyes on it. There are skins for past characters like young Marcus, Dom, Anya, General Raam, Dizzy, and B. Carmine, as well as a bunch of characters, including different Locust variants. 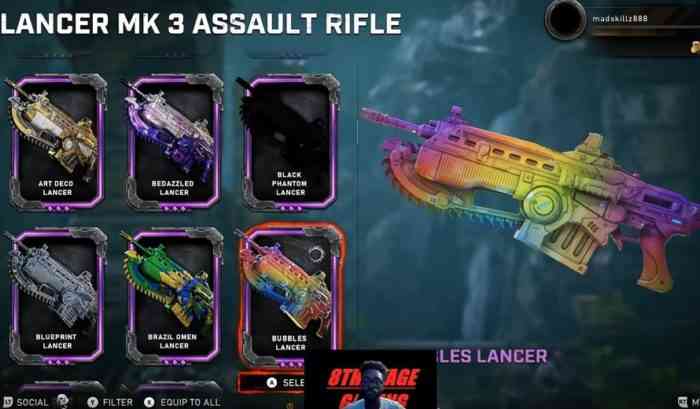 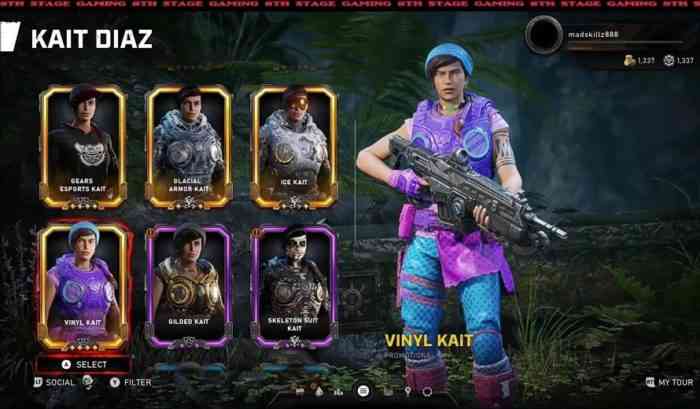 There are some sets of skins like a sweet looking Chrome skin for pretty much every character, which have black and white plates and armor highlights. Other sets include Hivebuster skins and Omega Squad skins for some COG characters. There are some individual standout skins like Kait’s bright purple Vinyl outfit, which is probably not standard issue, as well as the First Minister Stroud skin for Anya, putting her in a pantsuit. Character skins are not the only cosmetics leaked. There are going to be a bunch of esports teams with in-game banners like Fnatic, Elevate, Fire N Ice, and Estral.

The Gears signature weapon Lancer is also getting a bunch of cool, unconventional skins such as a rainbow gradient, a snake decal skin, a comic book skin that has Pak Pak Pak written on the side, and a couple of forest and ocean floor-style skins. There is no word on when these skins officially come out. Gears 5 developer The Coalition responded to the leak with a nice meme, so they know when they’ve been had. Gears 5 is out now on Xbox One and PC.

Which of the leaks look best to you? Let us know in the comments below.