Eve Echoes will be officially releasing September 20th but lucky gamers will be getting access to the closed alpha on August 26th. This mobile experience is apparently a next-gen mobile MMO game based on the design of EVE Online. The Closed Alpha will be officially available for selected Australian, New Zealand and Nordic iOS users with iPhone 6S or better and Android users with a Samsung Note8, Huawei P30 or Google Pixel 2 or better. Fans planning on signing up for the EVE Echoes alpha can find the registration on their website. 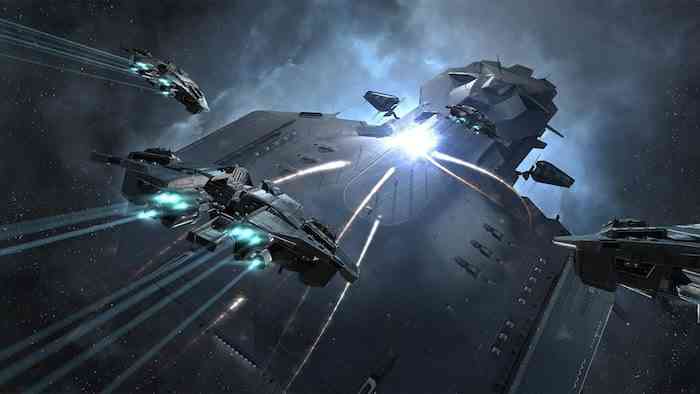 EVE Echoes features interstellar combat, resource collection, industrial manufacturing, trade, exploration and many other familiar EVE Online tropes. The game offers thousands of planetary systems which is sure to impress most mobile gamers and will EVE fans’ new addiction as they’ll have their phones more easily accessible on the go.

EVE Online has over 7,800 star systems but it’s likely EVE Echoes will be scaled down for mobile, though it will still have explore a galaxy gamers will develop through playing and interacting with each other. The game combines NetEase Games’ proprietary graphics engine NeoX with CCP’s familiar EVE Online game design. There are over 100 ships to choose from and like EVE Online will probably have several corporations to join for large-scale battles and major factions to work with for specific gear. Considering all the interactive events EVE Online offers it’s players, EVE Echoes will surely find unique ways to take that community experience on the go.

So do you play EVE Online on PC right now? What are some of your favorite things to do in EVE Online? Did you sign up for the beta for EVE Echoes? Let us know in the comments below!

Diablo Immortal Still Totally Happening
Next
The Odds of Loot Boxes Must be Shown on the PS4, Nintendo Switch, and Xbox One
Previous
Patrick Laine and Elias Pettersson Named Cover Athletes of NHL 20 in Sweden and Finland