Trine 4: The Nightmare Prince is the storybook delight that brings expert-level puzzles to a platforming action-adventure fairytale experience that it is on PC. The series returns to its 2.5D roots after a brief stint in 3D with Trine 3: The Artifacts of power. The aesthetics blend with the tranquil soundtrack like the perfect combination of peanut butter and jelly. The game starts off with each of the three main heroes (Amadeus the Mage, Sir Pontius the Knight and Zoya the Thief) getting their own unique level. Their maps are also portrayals of their personalities and they each bring their own puzzle-solving and platforming skills to the table which can be upgraded to increase the group dynamic. The trio come together to save Prince Celius from himself and the magical bosses and purple wolves he summons.

While being able to breeze through the first half with ease on a second playthrough, there are many ways to tackle the puzzle-solving and I enjoy that. The end of the game mirrors the beginning like a symmetrical ballad as my skills with each character are tested to see how far I’ve progressed since the first part of the game where I learned each of the characters intricacies, quirks. The great aspect of Trine 4: The Nightmare Prince is that you may discover a new way to solve one of the puzzles, come across new things on a second playthrough or even play more as a different character the second time.

Some mechanics are introduced really quickly before boss fights or challenges that it’s sometimes overwhelming at first. Occasionally, I found myself awkwardly leaning items against each other on their sides to breeze through certain levels which is probably considered puzzle cheesing. There are points that feel easy and some times that are Eureka moments. 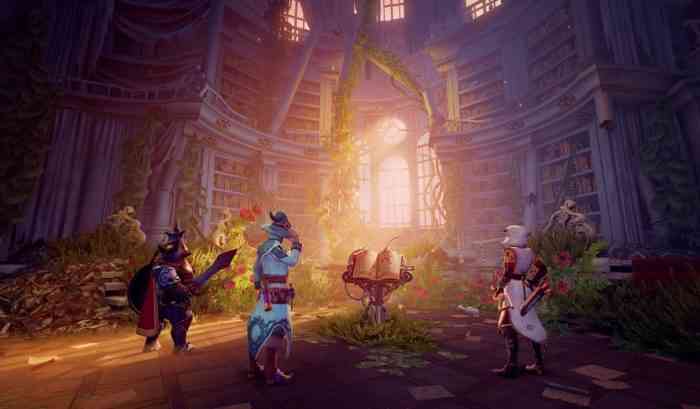 The hardest puzzle platforming is when I’m forced to swap characters quickly because this is more cumbersome on Nintendo Switch than it is on PC. Another issue I found using controllers is highlighting items to interact with is more difficult as well. This includes trying to levitate a specific box as Amadeus when he’s surrounded by boxes or grappling items together at a very specific moment as Zoya, though I didn’t encounter much difficulty with this as Sir Pontius. I experience many frame rate dips in portable mode, particularly during fights with five or more enemies on the screen. When played in portable mode, Trine 4: The Nightmare Prince is a lot muddier looking than it is in docked mode. The sound is still good, especially with headphones, but the visuals are drastically decreased from docked to portable mode.

PC is the ideal method of playing Trine 4: The Nightmare Prince. If you have a PC that can run it, I recommend grabbing Trine 4 for PC because after trying the Nintendo Switch version in both docked and portable mode, the experience isn’t as magical. The core gameplay, story and puzzle solving are all still quality but the experience feels more clunky with a controller or Joy-Con.The ability to switch characters quickly and properly target items is far more seamless on the PC. Yet the Switch is the ideal console for Trine 4 if you’re willing to sacrifice visual quality and performance for portability. If you’re looking for the best Trine 4: The Nightmare Prince experience, it’s definitely on PC. 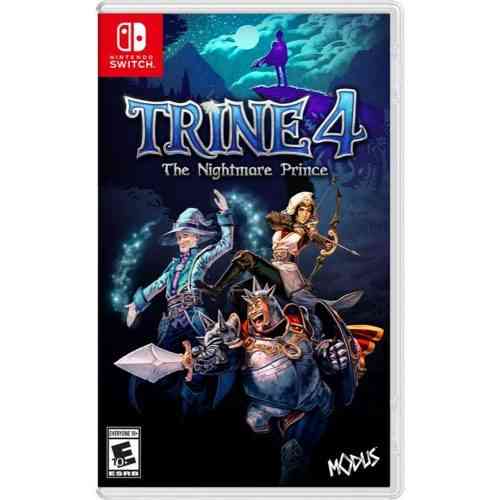