With a rich and deep history that is etched on the souls of youths from the 80s and 90s, for many people the Transformers franchise is considered sacred property. From the incredible toyline that showed innovation in design, to the remarkable cartoon television series that introduced memorable characters to the masses, the series has a foundation that fanatics are eager to protect. Unfortunately, as of the last couple of decades, renditions of the beloved series have been below par. After an array of mediocre films and average games, fans have started to lose hope. However, from the ashes of Megatron arises Transformers: Battlegrounds, a tactics game that takes the franchise to uncharted territories. Is this the genesis of a revival for the franchise or is it just additional debris in the destruction of the series?

Most games that wear the Transformers moniker tend to either reside in the third-person shooter or hack and slash genre, however, developers Coatsink have taken influence from great tactic games such as XCOM and Mario + Rabbids Kingdom Battle to bring a different style of action to the franchise. Those familiar with the aforementioned games will instantly feel at home. Missions follow a similar pattern where you are required to either rid the area of enemies or reach a specified area.

Armed with a squad of Autobots that features iconic characters such as Optimus Prime, Bumblebee, and Grimlock, you maneuver across the map in order to corner and crush your foes into oblivion. Each movement and attack costs action points which adds strategy to each round. You can freely switch between characters to set up particular attacks to maximize damage or lure your enemies to key locations. Saving stamina grants you with a special move so deciding when to traverse is more important than ever. Using cover is vital and this is highlighted in the environment with a shield icon when you hover over particular locations. Some areas that may be used for cover, such as cars and bins, can be used against you and cause further damage so continually moving and attempting to read your opponents’ attacks is imperative. Although the foundations are solid, offensive moves lack the variety featured in other games in the genre, which may deter those looking for a deep, multilayered tactics game. 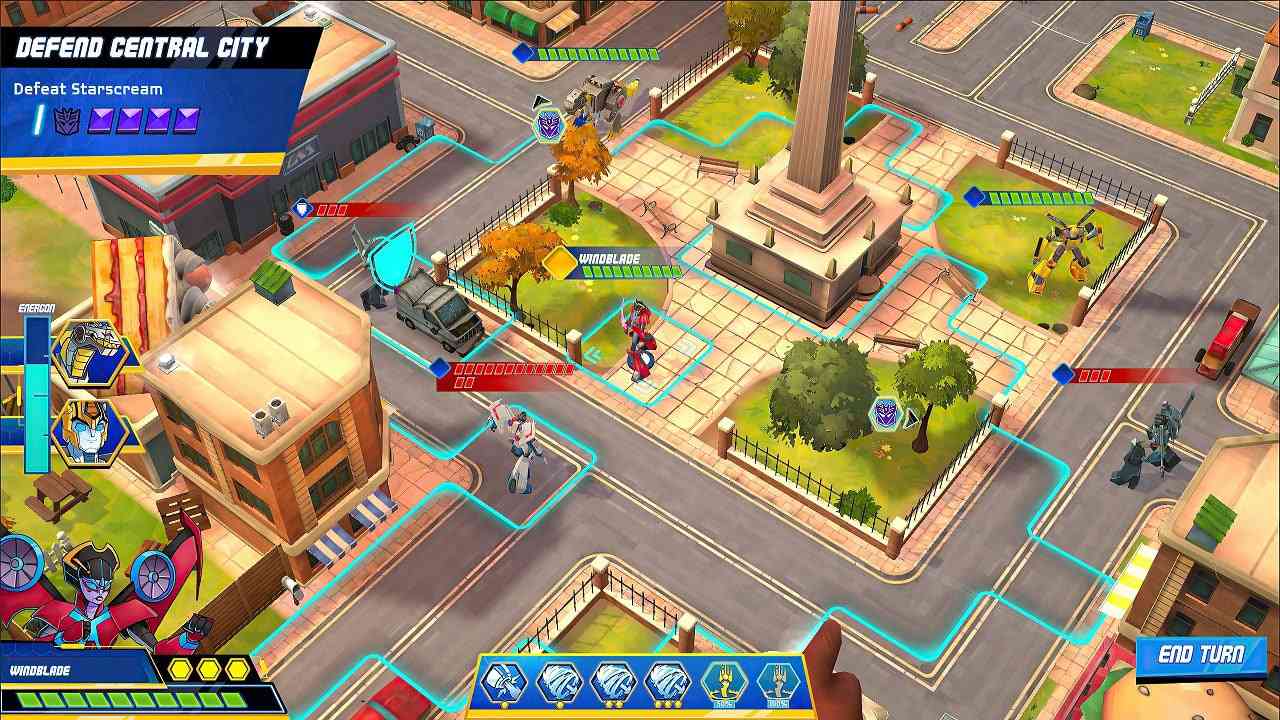 Although not ordinarily a genre aimed at younger gamers, Coatsink has designed an intuitive and simple control scheme that will allow gamers of any age or experience to be able to quickly dive into the action. Admittedly, the slow-paced combat may not appeal to all younger gamers, and the lack of depth compared to its counterparts may not attract aficionados, however, the core gameplay has a fun and addictive loop that is an excellent entry into the tactics genre.

A Scuff on the Bonnet

Visually, the character models follow the same design as the latest cartoon in the series: Transformers: Cyberverse. Although this is understandable from a marketing point of view, an option to play as characters in their original design would have pleased fans of the franchise. With that in mind though, the new designs are reminiscent of their origins and still evokes that glorious feeling of nostalgia. Unfortunately, the general look of the overall game is comparable to modern mobile games. The awkward animation and bland environments (star)scream budget release.

Another slip(stream) is the narrative. You are recruited to aid the Autobots’ by controlling their AI partner as a way to guide them to dispose of the Decepticons. Throughout your adventure, you will recruit and upgrade bots in order to stop Megatron from some dastardly deed. Featuring voice actors from the Cyberverse television series, each character is representative of its onscreen version. However, the cumbersome dialogue and lack of effort put into the cutscenes is disappointing and due to this, I quickly lost interest in the story.

Featuring a full campaign that can be tackled at three different difficulties, you’ll be able to sink a lot of time into the single-player content. In addition to this is the arcade mode which has a series of match types to play in single or multiplayer. From Capture the Flag to the Decepticon Grudge Match, there are plenty of modes to get stuck in to.

Transformers: Battlegrounds is a fun, inclusive, tactics game that may act as a gateway into the genre for younger gamers. If you can look past the mobile-esque aesthetic, the core gameplay is fun even though it doesn’t reach the heights of XCOM or Mario + Rabbids Kingdom Battle. 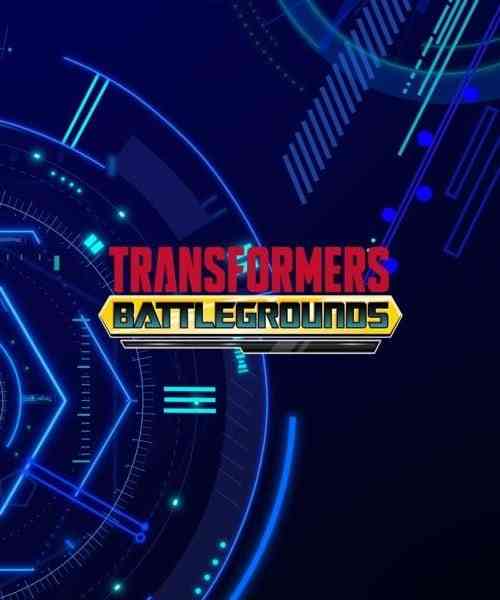