Cloudpunk (Switch) Review – The Future is Gorgeous But Empty

Cloudpunk, from developers Ion Lands, might be one of the best-timed game releases in history. With everyone eagerly awaiting the juggernaut known as Cyberpunk 2077, Cloudpunk’s similar Blade Runner-esque themes and aesthetic have surely caught the attention of a much wider gaming audience than it would have had it released a few years ago. Count me among those who, seeing the similarities and feeling the need for a little Cyberpunk 2077 fix to tide me over until November, decided to check Cloudpunk out.

Visually, Cloudpunk on the Switch delivers on that promise. Despite the blocky voxel look, all the key elements are there: the dark, perpetually-rainy urban sprawl, the neon signs and floating advertisements for “body modification” and other futuristic stuff, the blurred line between artificial and real humans. You pilot a HOVA, a flying car just like Deckard drives in Blade Runner, zipping above the clouds and around glittering skyscrapers. If you ever wanted to visit futuristic cities like Blade Runner’s Los Angeles, or even The Fifth Element’s New York or Coruscant from Star Wars, Cloudpunk is the game that might scratch that itch. There is a very short draw distance compared to what I’ve seen on the PC version, which obscures a lot of the cityscape from your immediate view, but the basic look is intact.

Live Among the Clouds

And it’s a truly massive city. Nivalis, as it is called, is divided into many districts with names like Oldtown, Waterside, Caledon, and such. Going from one district to another, something you’ll do a few times during each mission, involves going through a connecting tunnel (that means a load screen in game terms). Despite a few rare timed missions, you are free to explore the entire city at your leisure if you want, vibing to the throbbing sounds of a cool, Vangelis-like techno soundtrack by Harry Critchley.

A story-based adventure game, Cloudpunk has you play Rania, working her first night as a delivery driver for an underground courier service called Cloudpunk. Your job is to take on delivery missions from a man named Control in Dispatch, and completion of each mission entails successfully taking packages from pick-up to destination. The missions are given in a linear fashion, and together comprise the overarching narrative of Cloudpunk. Story comes to you in the dialogue of NPCs along the way — among them Camus, your AI side-kick; an android Private Eye named Huxley; or Control, the grizzled yet kind dispatcher whose voice becomes a source of security for Rania in the big, bad city.

It’s a large cast of distinct characters, and the story begins to get interesting, if cliché. Rania finds herself involved in a missing-person case, as she helps Huxley locate and save a young girl named Pashta. At the same time, a mysterious AI entity named Cora approaches Rania, who must eventually make a choice that could decide the fate of Nivalis itself. It won’t win any awards for originality and the inconsistent voice acting will test your patience often, but Cloudpunk’s narrative was decent enough to keep me engaged till the end.

But despite the initial positives, a problem creeps in not long into the game. It is woefully lacking in gameplay. The point-A-to-point-B deliveries are really all there is to Cloudpunk. You finish one delivery, then you get another one, and so on, for the entire 6-7 hours of your playtime. There are some other things to do, but they are either minor or they’re literally pointless. Among the minor side activities, you can spend money you earn from missions by upgrading your HOVA with a faster engine or better bumpers, so you don’t have to fix it as often. I fully upgraded my HOVA quite early and that was the end of that, since there was only one tier of upgrading available.

In the pointless category, you can buy items from vendors like food, drinks or clothing. Food and drink seemed to serve no purpose, other than a couple of times when NPCs wanted them for a mission. Clothing for Rania didn’t make much sense either when my point of view made it almost impossible to see her most of the time. She does have an apartment and there is the option to buy furniture for it but again, why? Having a fridge or TV didn’t seem to make any difference and I was only there for brief moments a few times the entire game.

Even the missions themselves asked almost nothing from me as a player. Cloudpunk is billed somehow as an “RPG,” but I fail to see how it is anything more than a flying simulator. In every mission, getting from pick-up point to drop-off involved no challenge other than piloting my HOVA in a mostly straight line, with the minor obstacles of buildings and connecting tunnels to think about. Honestly, the most difficult part was parking, which can only be done at certain places. I began to really appreciate the minor puzzle of finding the proper landing point at the end of each trip and then making my way through the correct paths and moving platforms to get to my destination, all of which brought a much-needed splash of challenge to these very dull missions.

It’s as if the developers of Cloudpunk started with ambitions for their game that just never panned out in the final product. There seemed to be so many promising ideas that weren’t realized, like the half-hearted attempt at “collectibles” scattered throughout Nivalis – punch cards, old books, plastic parts and other items you can pick up. Many of them served no purpose from what I could tell. Some had a money value, and some did not for some reason. It didn’t matter though, since money has little value in Cloudpunk anyway.

Or even the many districts of Nivalis, which would seem to offer distinct urban landscapes, ended up all looking and feeling the same. Going to Little China, I saw nothing to denote that it was more Asian or Chinese than any other part of the city. Avalon Heights, presented in the story as the upscale neighborhood, looked exactly like everywhere else. Only the Hollows and the Ventz, underground areas I visited a couple of times on my missions, offered something different in their foggy and run-down appearance. Overall, even the simple pleasure of exploration in Nivalis wore off quickly once I realized there wasn’t much new to discover.

So, in the end, Cloudpunk is no Cyberpunk 2077. That should come as a shock to absolutely no one. As an Indie game, I can forgive Cloudpunk for being smaller, simpler than a AAA blockbuster, and it would be unfair to judge it by the same standard. This Switch version has also undoubtedly lost some of its polish in the port from PC. But there still must be gameplay, and what is attempted must be followed through on. Cloudpunk looks gorgeous, especially in first hour of playtime. The ability to just visit and fly over that huge, neon-soaked city of Nivalis is quite an accomplishment and for some, that will be enough to make it worth playing. It’s just a shame that there couldn’t be more to actually do among those beautiful, sparkling towers above the clouds. 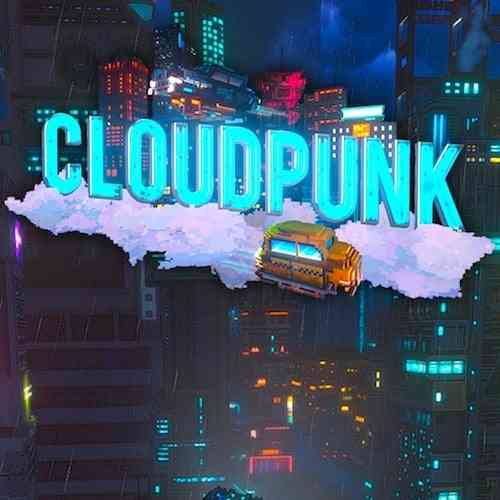 Cyberpunk 2077 Expansion Will Be Out in 2023
Next Age of Empires III: Definitive Edition Review – The New History of RTS
Previous Transformers: Battlegrounds Review – Decepticon XCOM