There’s something about RTS games that’s left them buried like tree roots in my brain. The act of building an army, rounding out your forces, and obliterating your enemy is pure meditation. You know what this is, the moment you start one up. That sense of the familiar is both a shackle and a salve. You’re instantly comfortable, but not really engaged. This surface level response sums up my time with Age of Empires III: Definitive Edition. There’s a lot to like, but nothing to love.

A side note of some import: I never played the original version of AoE3. I got my fill of the franchise with the first one, back in the day. So far, the central ethos holds true. Expand, diversify, eliminate. While I appreciate that the DE is a cleaner, crispier version than the original, I can’t expand on those improvements in any meaningful way. With that in mind, the chewy center of this game is fun, if not overly familiar. The graphics are a major upgrade, while the audio improvements don’t stand out quite as much. The new game modes are a more complicated story.

If you want a tougher set of battles to smash through, there’s the Art of War missions. If you’d rather recreate some historic battles, there’s a mode for that as well. In other words, anyone with a thirst for old school RTS combat will find themselves well sated. Between these two modes, the campaign, and the online multiplayer, a dedicated fan could be waging war for ages. But your mileage is tethered to your enjoyment of the core gameplay loop. For me, the purest form of RTS is still embedded in the Story Mode.

Many Ways To Wage Many Wars

Story Mode lays out three different multi-generational campaigns, all of which are set during these historic flashpoints. I can’t speak to the accuracy of the narrative, but the character portrayals are nuanced and well-rounded. The developers even start this version of the game with a notice that the indigenous characters have been rewritten, with some updated voice acting to boot.

You’ve got a long string of missions involving killing people in a variety of ways. Cannons, muskets, spears, crossbows, that sort of thing. Even if you’ve done it a thousand times, highlighting 40 units and sending them into battle is still compelling. Conversely, watching in mute horror as an entire squad gets knocked off holds its own appeal. You’re fired up, motivated to succeed the next time. You want to see that jerk and his smug little fortress crumble just, so badly. 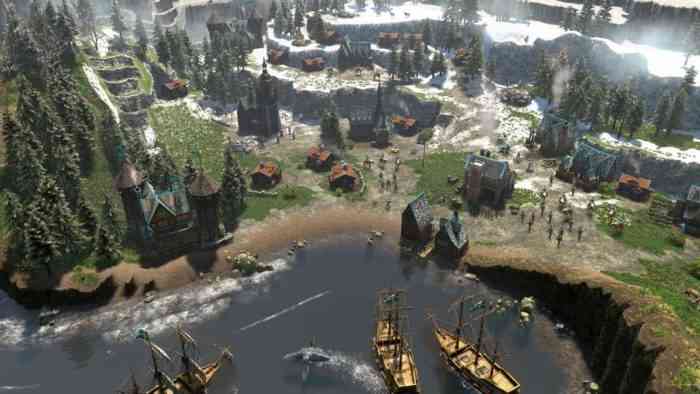 If you’re paying attention, your generals will warn you – out loud – that this plan is a stupid one. Sometimes it’s way too late to stop it, which is less helpful. But still! It’s one more way to ensure your mistakes aren’t repeated. Those same generals will also suggest certain units or buildings get made, which is advice you don’t want to ignore. The primary and secondary stage goals are always clear, partially because it’s always about murder! Although once in a while it’s recruiting people for said murder, or protecting people… by murdering other people.

In case it wasn’t clear, I wasn’t blown away by the minimal mission variety. The story you’re being told is a robust one, sure. But your role is only ever the bloodthirsty war hawk, a time-hopping psychopath spreading victory throughout the centuries. Don’t get me wrong, the core gameplay is great fun! It’s just rather limited in scope, when the whole thing is laid bare.

There’s a customization side hustle you can participate in, but it’s terribly shallow. You’re merely spicing up the main menu you see between missions. It’s a nice touch, but it doesn’t add a whole lot. Who are these people I’m plunking down in my home base? Do they cheer me on as I engage in bloody skirmishes in distant lands? Will I receive more taxes from the townsfolk if the harbor is newly painted? I abandoned this pleasant distraction almost immediately.

Drop That Paintbrush, There’s a War To Win

While there are three different campaigns in many different regions, the difference between them is mostly cosmetic. Once you raze a few villages in the first campaign, you can hop back and forth with impunity. Really, your choice comes down to personal preference. Which is great! If conquering the new world gets old, there’s a whole set of conquests you can start over in Japan. The uniform design gives you greater freedom to experiment and explore. The downside being that you won’t find anything truly new in your dalliances.

Here lies the rub with age of empires. If you love the core gameplay loop, there’s an endless assortment of battles to burn through. You’ve got a dragon hoard’s worth of content to chew up. You’ll stay busy for weeks on end, and that’s just with the Story Mode campaigns. If you’re not immediately hooked, on the other hand, this is it. The game takes no big leaps, mechanically speaking. What you see at first glance is absolutely what you get. There’s a certain elegance to this design. You know immediately what Age of Empires III is all about. It’s admirable, but I found myself wanting a little more. And in the interest of fairness, there is more to this game. The difference between difficulty settings, between story mode and the multiplayer(?), Is like day and night. This particular journey simply didn’t hold the appeal for me that it once might have. If you’ve got fond memories of this series, then the Definitive Edition of AoE 3 will hook you good. This new model looks and sounds great, there’s a ton of new battlefields to conquer, and new ways to do that conquering.

This game gives you gobs of glorious combat, in a ton of different varieties. Well, sort of. It’s all ‘farm, form up, fight,’ but with separate rulesets and restrictions. Again, it comes down to your appetite for this sort of combat. For me, I was full up relatively fast. I’ll probably dabble a couple more times in the new modes, but that’s it. Maybe I’ll even get some multiplayer in! But for the most part, I’ll do what I’ve always done in Age of Empires – cycle through the campaigns. For some of you, however, this version of the game will be a godsend. Where once you sat for supper, now sits a massive feast. An absolute banquet of RTS combat awaits in Age of Empires III: Definitive Edition, if you’re hungry for it.
***A PC key was provided by the publisher*** 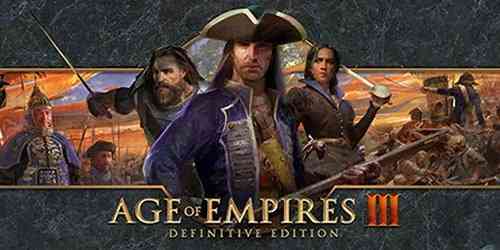