Age of Empires II is a masterpiece among RTSs, so it makes sense that Relic Entertainment and World’s Edge would want to capture the essence that made it special and implement it in Age of Empires IV. This game makes some artistic departures from Age of Empires III, but it does feel like it is for the better.

At a glance, the visuals do not look like a big improvement over Age of Empires II: Definitive Edition, but Age of Empire IV does allow players to zoom in closer to the action than before. This is where you can take in the detail. 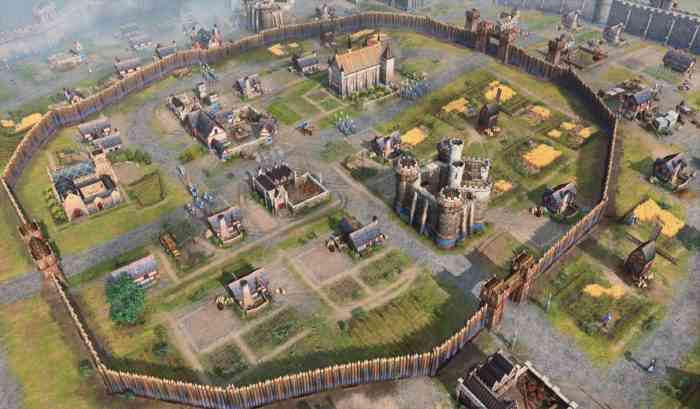 The nature of the game is that the player watches over their units, build up their structures, and commanding everything from above. For this reason, it is helpful for everything to be identifiable from a distance, since different types of units and building have different uses and specialties. Age of Empires IV does this very well, allowing players to clearly see the different units, while maintaining artistic and historical accuracy.

The campaign takes players to a few different locations for significant battles throughout history. The missions are accented with documentary-style videos and narration to give the battles and the mission objectives context.

In many ways, Age of Empires IV will feel very familiar for veteran players and maintains the feel that the series has built, but also adds a few modern touches, such as improved unit selection. It also adopts certain features similar to other successful RTS games, such as Civilization, where players will have to advance their group to a new age.

As much as Age of Empires IV holds on to what made the series successful and enjoyable in previous games, it also does not do enough to bring the series much further. It would be nice to have this game step out of the shadow of Age of Empires II.