My initial expectations for Disc Room were minimal. And to be fair, this is baked into the game’s presentation. You run around a small space, avoiding sharp objects that occur with increasing frequency. What could be simpler, right? Reader, I was shocked, utterly shocked, by the hooks this title embedded in my flesh. There is an atmosphere, a sense of foreboding, a compulsive power, that Disc Room provides right from the jump. But even beyond the layered aesthetic, the core loop is polished to a brilliant sheen. Don’t be fooled by screenshots or trailers – this game is slick.

You, a member of an exploratory mission, are plumbing the depths of a massive disc-shaped ship parked outside of Jupiter. Inside this vessel is just, so much death and dismemberment. But that’s okay! Disc Room treats your demise like its own form of progress. Death is good, somehow? At least, you come to see it as such, given the doors it unlocks for you. In fact, most of Disc Room’s checkpoints can’t be ticked off until you’ve been eviscerated in the appropriate ways. You see, it’s not about whether you succeed, it’s about how long you endure.

Death Is Not The End

At first, the challenge seems insurmountable. Who could come out of this maze of whirling death traps in one piece? Well, nobody could. That’s kind of the point. Instead, you’re meant to do things like ‘survive for 10 seconds,’ or ‘die from X different kinds of discs.’ Sometimes those seconds are tangible objects you need to retrieve, but the core philosophy remains the same. The goal-oriented progression, along with the massive selection of rooms, means that you’re rarely ever completely stuck. If I just couldn’t complete a given task, there was almost certainly one in a different chamber I could tackle instead. Or perhaps, I just wasn’t using the right ability. 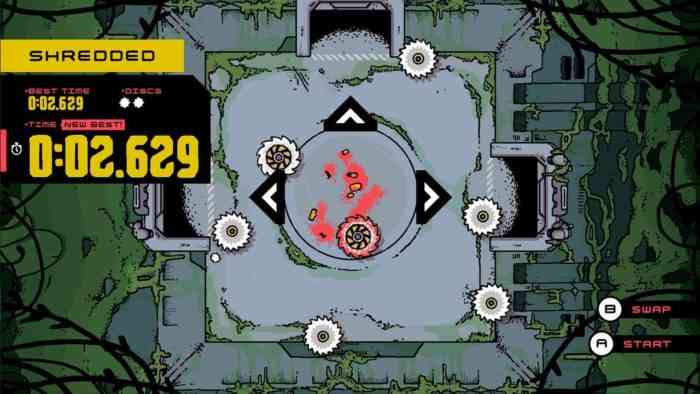 The skills you unlock don’t make you stronger, they just expand your possible play styles. Things like dashes, clones, and time dilation give you options rather than competitive edges. Although once I snagged the ‘slow’ ability, I held on to it for dear life. Who couldn’t use an extra second or so to sneak between sawblades? Of course, the timer stops when you’re using these skills. Can’t have too much of an advantage, after all. Make no mistake, however. The fresh approach to death and progression is a counterweight, an essential response to this game’s intense difficulty.

Once upon a time, I fostered a sense of pride in tackling a game with it’s intended settings intact. No turning the toughness down for me, thanks! These days, with looming deadlines and rising blood pressure, I’m in a different headspace. Different games require different approaches to this problem, but Disc Room took me on the whole journey in less than three hours. I went from ‘git gud’ to ‘oh hell no’ in a single evening. I’m happy to ram my head against any game where you can try six times in a single minute, but I’ve got limits, you know? Disc Room will help you discover those same limits in short order. 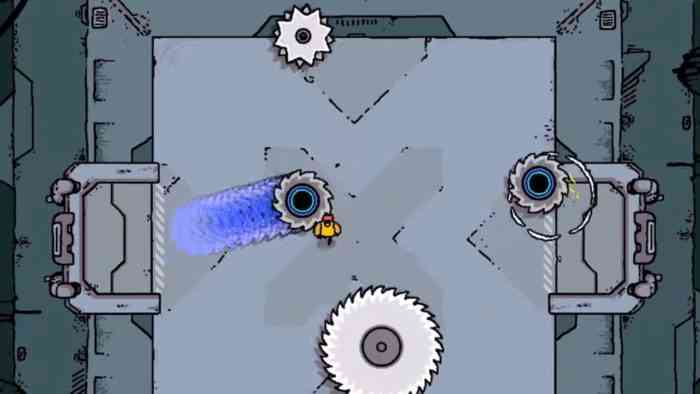 Even in the midst of the most unforgivable kill box, this game somehow bursts with atmosphere. The music ratchets up your heart rate. The discs… the discs sound wrong, like the engine that powers reality has stripped its gears. The sound design blends with a brutal, ‘used future’ style of graphics to make these stages genuinely unsettling. The Disc Room aesthetic makes me feel like I’ve wandered into someplace forbidden, some cosmic backstage that humans were never meant to see.

Perhaps it’s the untold narrative, the one threaded through every room and every musical note, that makes the actual story a bit underwhelming. I came away from Disc Room with an itch in my brains, a nagging sense that something was left dangling. To be fair, the story is designed to do this to you. Core details are left blank, to be filled in by your imagination, your escalating fears. This is more of a personal bias. I’m enamored by cosmic horror of all kinds. No matter how much you give me, I just want more. The flaw here then, is a sampler platter sits where a feast would be preferable. You can’t wet my lips with whispers of eldritch mechanical nightmares. That merely sharpens my thirst!

Such is my plight with the game’s length, as well. The credits felt like they arrived all too soon. If I want even more high-speed de-limbings, I can try the challenges listed in the main menu, but still. The core game is a slender one. On the other hand, if the game was any longer, it would have to get even harder as well. From that perspective, Disc Room truly shouldn’t be any longer at all. If you persist, you can get through the game in a single night, but what a night you’ll have!

I had no real expectations for this game, and I still managed to be blindsided by what I discovered. Tough, tiny indie games often try to supplement their size with atmosphere, but the results are often mixed. Here, a small project from a smaller team has brewed a fabulous blend of mechanical finesse and atmospheric splendor. The game is crazy hard, and some of the puzzle elements are pretty obtuse, but I still loved it. If you’re not so impressed by the screenshots and the trailers, take my word for it: Disc Room is so much better than you’re expecting it to be.

***A Steam key was provided by Devolver Digital*** 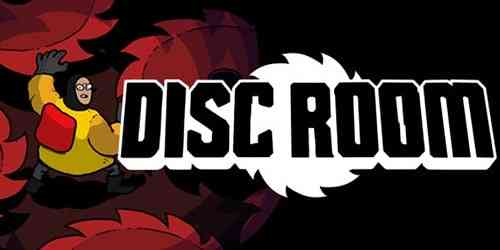 Why I Joined The Cult of The Lamb
Next Transformers: Battlegrounds Review – Decepticon XCOM
Previous Mario Kart Live: Home Circuit Review – A Tad Off Track