Akira and Diablo fans rejoice, your perfect game has officially been released. RUINER is a top-down shooter with action-RPG elements that takes place in a cyberpunk city known as Rengkok. This city is industrial to its core, with neon lights, massive LED screens and holograms advertising various services and products similar to Blade Runner or Ghost in the Shell. While the gameplay is more of a top-down shooter than Diablo’s spell tossing and potion swallowing, there is a skill tree that will optimize your gameplay and allow fans to tailor their experience to however they want to play. If you want to focus your build on different types of grenade, there are a few to choose from and a plethora of ways to improve each of them. If you prefer getting up close and personal with your opponents, there are various melee options and if you prefer to dash around the battlefield like a ninja, that’s an extremely viable build. My build utilized dashes and grenades but I quickly found myself branching out into extra health and expanding the capabilities of my barrier that becomes essential by the time you encounter a boss known as Mother in the Hanza Assembly.

The story begins with a character known as the Wizard guiding a nameless protagonist through the depths of Rengkok to find his brother, only to discover he was being used. The main character wears a jean and leather jacket but he keeps a helmet on his head regardless of the setting. The helmet is like a Daft Punk fever dream, with an LED screen on the front that allows him to communicate without words. Wizard was a fraud and hacked his brain to get what he wanted, but a girl known as Her comes along to help the helmeted badass find vengeance. The helmet he wears is like a metaphor for how lost he seems without the guidance of Wizard at first and Her later, who playfully calls him a Puppy due to his reliance on others. These characters who guide him to do so by hacking his brain and they have their own motivations for doing so. Later on there are ways to hack enemies and hacking weapon lockers will net you powerful weapons; hacking is integral to any cyberpunk game.

As you progress as this helmeted protagonist from the parking garage filled with Creeps to the Hanza Assembly filled with Triad Killers and beyond, popups catch you by surprise at first but eventually become a staple of every level. These brief messages range from quick snippets that are reminiscent of subliminal advertising to messages that interrupt gameplay to establish and continue the plot. This sudden visual overload links me to the protagonist, we experience the loss of control together. His mask is also used to convey how he’s feeling, normally including messages such as kill you! Kill you! Kill you! Depending on who he’s responding to. The conversations with other characters offer limited dialogue options and it would be nice to see a more fleshed out conversation system, but it also adds to the mystery of the main character.

There are several cutscenes throughout the story of RUINER and they set the stage with brilliant lighting and perfect frame rate. While the Unreal Engine was also used to build XCOM 2 on the Nintendo Switch, the quality visuals and lighting never slow the games performance on the Nintendo Switch version of RUINER. The game looks just as brilliant and smooth in handheld mode as it does when its docked, making the Switch the perfect platform to play this title on. This epic adventure includes a storyline similar in length to Diablo 3 and it will keep you wanting more no matter which part of the story you’re in. Typically, a difficult boss will create frustration and anger but because each boss involves a unique strategy, every gamer will find at least one that they’ll breeze through. 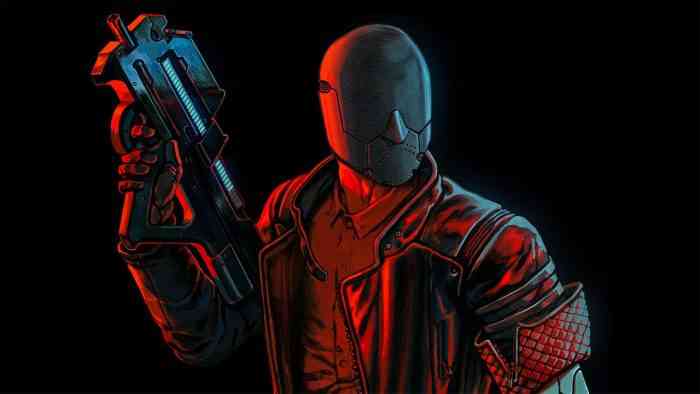 The enemies of RUINER are well designed and each of them offer a unique challenge. Defeating Mother isn’t as simple as deflecting her powerful laser. Defeating her once isn’t enough as she’s attached to other units known as Angels that keep her alive. Each Angel has several phases, making destroying Mother quite the challenge. Captain Bogdan was the first boss battle I felt challenged with as he flings an array of grenades in my direction at certain intervals in the fight and by this point in the game, mastering dashing makes surviving easier. I died to Captain Bogdan, Mother and several other bosses for different reasons and I like that there isn’t just one simple strategy that works against all bosses. In this way, RUINER is actually an improvement upon other top-down shooters with skill trees. With each boss requiring a different strategy, it’s essential to put points into certain parts of the skill tree, but it’s ultimately up to the gamer what they spec into. The only thing that feels forced in the skill tree are the shield and dash which are both essential for certain fights such as the one with Trafficking.

An Homage to Akira and an Equally Unforgettable Experience

Bosses don’t strictly boil down to strategically spent skill points and precision timing due to the fact that some involve puzzle solving. Boss battles vary the gameplay in unique ways that most top-down shooters don’t truly encapsulate. These aren’t master-level puzzles to solve but fans of the genre that are used to just running, gunning and dodging will have to think on their toes during certain points and it keeps the game from getting repetitive or boring. While you can eventually figure out a rhythm to the combat utilizing the dash to perfection, certain enemies are bound to change up the gameplay and it guarantees that nobody is going to come out of RUINER saying, “that game was too easy.”

There are several guns in RUINER which drop from downed enemies, looted from the environment and hacked weapon lockers or randomly generated by weapon grinders. Like most top-down shooters, some luck is involved in the gameplay of RUINER. What gun you come across can make things move a lot quicker. The Hellfire is a top-tier flamethrower that will make cake walks out of enemies until it runs out and some bosses become significantly easier with it as well. There are two types of laser weapons that also feel overpowered with one melting enemies and another freezing them like Sub-Zero from Mortal Kombat. There are also traditional assault rifles, submachine guns, pistols, shotguns, etc. in RUINER and whenever your overpowered weapon runs out of ammo, there’s likely another weapon nearby. While playing in hard mode makes enemies harder to kill, it doesn’t make the overpowered weapons any less effective compared to other firearms. 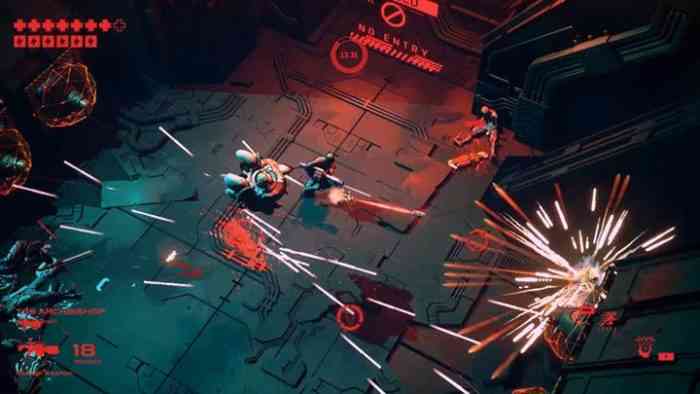 The colour scheme of RUINER is primarily dark colours, with a significant focus on blood red. The colour scheme creates an ominous vibe of endless bloodshed throughout a criminal underworld. Blood red floods from one area to another and it flows on your quest to finding your brother as hordes of enemies stand in your way, with multiple factions represented. The environments would look familiar in Final Fantasy VII and Akira but the characters and factions would look right at home in the “real” world of the Matrix and share many similarities to the 1988 cyberpunk film directed by Katsuhiro Otomo. The protagonist of the game rides on a motorcycle, which in and of itself isn’t a big deal, but combined with everything else in the package, it’s hard to ignore the similarities to Akira. Reikon Games doesn’t shy away from the comparisons though, with the official website for RUINER claiming the game is created in the spirit of cult cyberpunk anime. On top of crediting classic cyberpunk anime, RUINER also has a prologue that’s told through a comic and I’d love to see a comic series or an anime adaptation one day.

In a long list of brilliant games that Devolver Digital has put their name on, Reikon Games’ RUINER may be the very best. At no point did I grow bored of the gameplay or the plot and it’s a real bummer to complete the game knowing very few other titles truly encapsulate the cyberpunk world. Cyberpunk 2077 may be coming very soon but between now and then, I implore fans of the genre and top-down shooter fans to check RUINER out. If you are a Diablo fan who is obsessed with Akira, I can confidently say RUINER is made for you. If you’re a fan of the industrial themes of Final Fantasy VII but don’t like the turn-based combat of the original or team dynamic combat of the Remake, RUINER may be an ideal modern replacement. While there may be limited dialogue options throughout the game, it’s part of the story about a faceless and nameless protagonist whose brain can be hacked. Some guns make gameplay drastically easier than others, but this is also part of the experience just as rare loot is part of the Diablo experience.

Considering RUINER has already released on several other platforms, Nintendo Switch fans who may have already tried it will be delighted in the seamless transition in visual quality when playing in handheld mode after playing RUINER docked. As a long-time fan of cyberpunk anime, it’s hard not to enjoy RUINER and it stuck with me long after putting the controller down just as Akira stuck with me long after the credits rolled. Reikon Games put all of their eggs in one basket with RUINER and they created a quality experience with it. While I look forward to seeing what else they have in store between now and 2091 (the year RUINER takes place), I hope to see a sequel to this top-down cyberpunk shooter. When I finish a game feeling like I just want more, I know the journey was worth every moment and RUINER has me counting the days until a potential sequel. 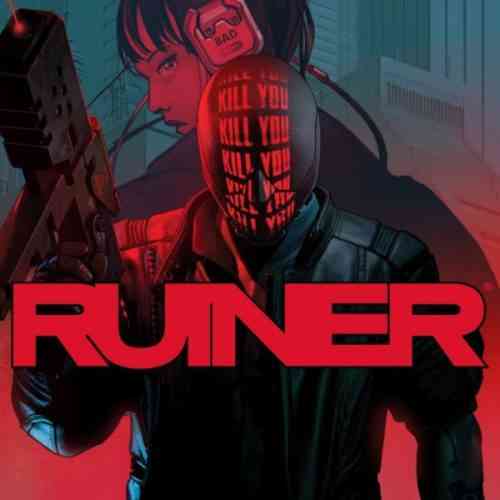