According to Blizzard North co-founder and executive producer on Diablo II, Max Schaefer, a remaster of the 2000 ARPG won’t be easy. The issue won’t be in upgrading the visuals in a one to one remaster, but capturing the same atmosphere as Blizzard did back in 2000. Because of the custom engine using on the original version of Diablo II, Schaefer expects a potential remaster to use an established graphics engine. Diablo IV is the next installment in the franchise and it’s expected later this year, but right now gamers can play Diablo 3 on PS3, PS4, Xbox One, Xbox 360, Nintendo Switch and PC. 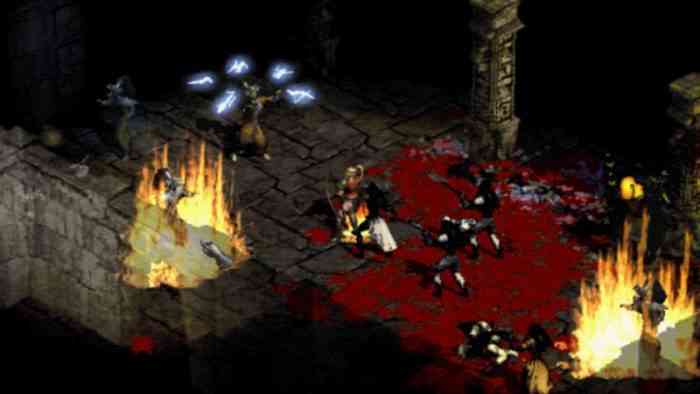 “First of all, I think it’s probably impossible to really capture it… It wasn’t even a true 3D game, everything was rendered sprites and so to really capture the exact feel of what happens when you click in a 3D environment is going to be challenging at best,” said Max Schaefer. It’s easy to go back and kind of 1:1, make the game look better. It’s going to be the feel and the atmosphere that are kind of inherent in the technology that was behind it, which was… at this point we can look back and say it’s kind of ‘spaghetti code.'”

It was (built using a) custom engine… it was stuff that hadn’t been done before,” continued Max Schaefer. “I would assume that a remaster is going to be done using an established graphics engine with its own conventions and its own quirks, and so much of what made (Diablo II) special was the feel and the intangibles, so it’s a daunting task. The ideal remaster would be something that actually retains that feel and that atmosphere, that has a modern take on the graphics. Honestly, I hope they pull it off. I’m glad they’re doing it and I don’t have to.”

Would you be happy to see a remaster of Diablo II on current or next-gen tech? Let us know in the comments below!