Mostly That It Definitely Exists

We’re hearing even more rumors about Diablo 2 Remastered being in the works. This time the rumors are courtesy of a French outfit named Actu Gaming. Supposedly an Activision subsidiary known as Vicarious Visions is responsible for the project. They’re best known for remakes and remasters like the Crash Bandicoot series, which adds a layer of legitimacy to this whole ordeal. 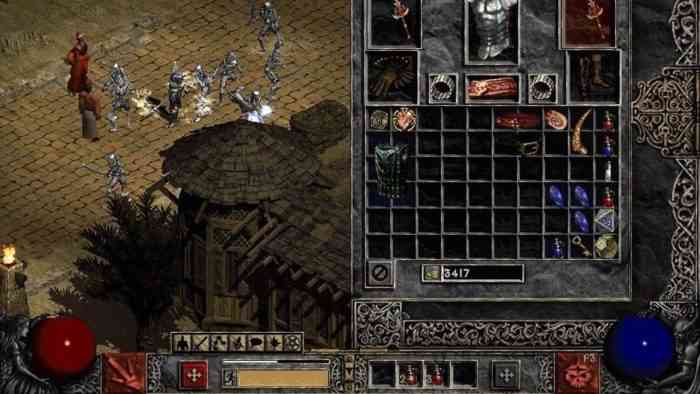 You can read the Actu Gaming article here, though it’s pretty light on details. Namely, they mention a release window and a potential name for this thing. Diablo 2 Resurrected, coming Q4 2020, assuming the pandemic doesn’t blow that up. Conveniently, the sources in question are anonymous. Of course, this isn’t the first time we’ve heard about Diablo 2 coming back.

Someone else tried leaking this back in October 2019. So there’s a precedent! Also, Gamestop briefly had a listing for a Diablo 2 Tyrael Funko Pop, and Blizzard put the Diablo 2 servers into emergency maintenance mode. None of this is evidence exactly, more like a curious convergence of otherwise unrelated events. On the one hand, remasters and remakes are a hot commodity right now. On the other hand, Blizzard didn’t exactly knock their last remaster attempt out of the park. We’re getting pretty close to Diablo 2’s 20th anniversary, so maybe we’ll see an announcement about this soon.

Crash Bandicoot Wumpa League Might Be Announced at TGA

Overwatch Servers are Offline Forever, Blizzard Pulls the Plug
Next
Rumors Suggest RE8 Most Gruesome Entry Yet
Previous
This Steamy Collection of Body Paint Cosplay is Eye-Popping