Here in the land of relative freedom, we are able to experience pretty much every piece of media in all its intended glory. With the exception of edited-for-TV movies, we can usually get our entertainment as made by its creator or as a director’s cut or something. Some other countries are more strict in those ways. Video games that depict violence or drug use often vary from place to place. Cyberpunk 2077 is no exception. There are reports that CD Projekt Red’s highly anticipated upcoming game will be censored for Japanese audiences. 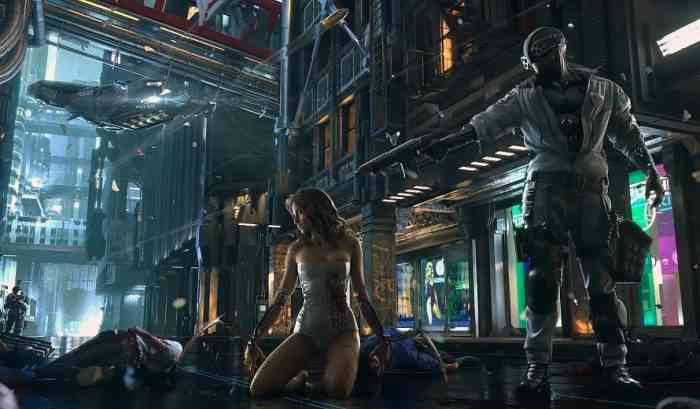 According to Press-Start, the version of Cyberpunk 2077 that Japan will get will have fairly significant variations including “added underwear to naked male/female characters, revised some sexually explicit content, selective revision of severing human body/exposed guts, revision/removal of billboard/graffiti shaped as genitals.” “Added underwear to naked male/female characters”?! Is this the future that Japan wants?! I have absorbed a lot of Japanese media that says otherwise. There are plenty of examples of Japanese media that portrays explicit acts like penetration in ways that would shock you. Or so I have heard.

On the other end of the censorship spectrum, a surprising country is allowing Cyberpunk 2077 to launch without any censors whatsoever. Australia, which is notorious for censoring games like Fallout, DayZ, and We Happy Few, will be getting Cyberpunk 2077 in all its robotic glory. I’m proud of you, Australia! Cyberpunk 2077 will be available on November 19th for PC, PS4, and Xbox One.

Does Japan’s censorship for this game surprise you? Let us know in the comments below.