Will Be Almost All Gameplay, Shrieking Madness

While E3 has been an industry standard for decades now, a new tradition has been slowly building in the shadows. The Devolver Digital Direct, a short yearly presentation full of games and also gore, is coming to your screen on July 11th. 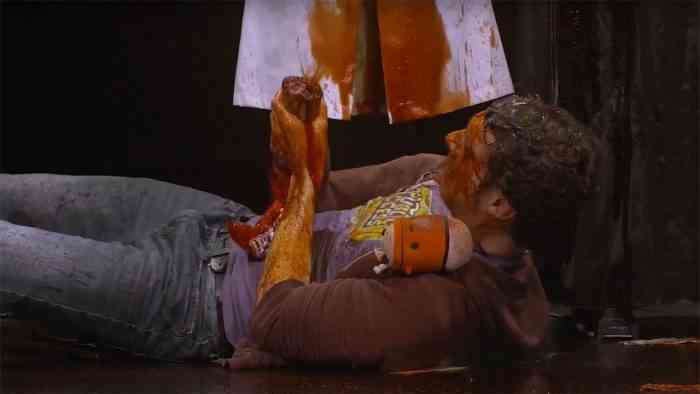 Previous years have seen new game announcements, a lot of fake(?) blood, and the slow dissolution of the show’s host. This year’s show promises to be “nearly all gameplay because that’s what the youths of today demand.” The press release also notes that “The astonishing misuse of marketing budget will end with a few surprises and game demos available to play by the unwashed masses including Carrion, Disc Room, and an unannounced game. Maybe another game too, who can really tell where this is all leading.”

The whole thing will be streamed live on Twitch and Steam. Fans can begin their baseless speculation of the show’s contents now on Discord. Presumably all the demos mentioned will available on Steam for a short while after the presentation airs. If you’re unfamiliar with Devolver’s ‘live’ shows, we’ll embed some of the previous ones just below. You owe it yourself to check these out, if only for the baffling, Adult Swim-style antics on constant display.