After days of tantalizing screenshots, Devolver Digital has given us the first taste of Shadow Warrior 3. The publisher dropped a proper cinematic reveal trailer on Twitter this morning, offering fans a quick look at what’s next for the franchise. ‘What’s next’ being more stylized murder with swords, of course. 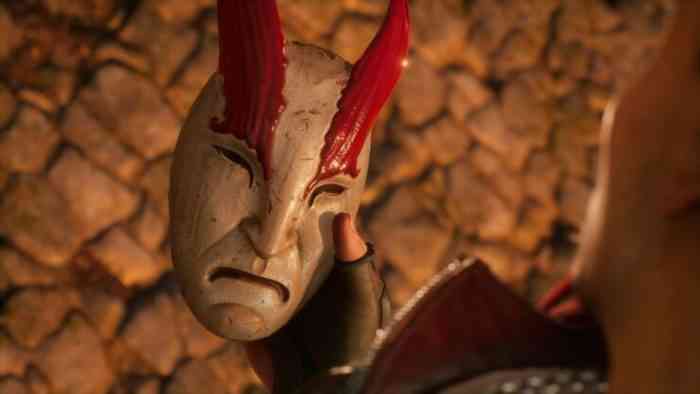 As if to pre-emptively answer the ‘gameplay please’ queries from fans around the world, we’ve already been promised exactly that on July 11th. Now, the Devolver Digital Direct will feature news about Carrion, Disc Room, Shadow Warrior 3, and maybe a fourth thing? That depends on whether Devolver’s coy pre-emptive messaging about the Direct is to be believed.

Of course, the fourth thing is also likely to just be more horrific things happening to the host. If previous years are anything to go by, she’ll probably transcend her physical form, all the better to market the brand. In the meantime, check out the trailer below! While there’s no gameplay, you can see our masked protagonist engage in feats of acrobatic prowess and incredible, improbable violence. Somehow a rabbit is involved! Look for more information when the Devolver Digital Direct happens on July 11th. You can also wishlist the game on Steam, if you’re especially eager.