About a year ago, on July 4, 2019, I reviewed Assetto Corsa Competizione (ACC), from racing sim studio KUNOS Simulazioni, on the PC. In that review I lauded the core gameplay but put the brakes on further praise because the game debuted as a glorified beta with many features yet to be implemented. Somewhat forgivable when it’s a company’s debut offering, Assetto Corsa (AC), but totally unacceptable for subsequent offerings. To their credit, KUNOS continued to support ACC, added in all those missing features and now the game is a top tier racing simulator. One focused solely on GT3 Racing.

Like it’s older brother (AC), KUNOS has now released ACC on the consoles. And as a fully featured game. The only things missing on launch are the interactive showroom and the function to set up private lobbies for multiplayer racing and both will be included in the next update. The release timing is perfect. KUNOS gets the game out to the current generation Xbox and PlayStation consoles with their large install bases and will be able to have new life injected into the game when the PS5 and Xbox Series X launch this Holiday 2020 season.

With the switch from their own in-house game engine used to create AC to that of Unreal Engine 4, ACC is now capable of racing in rain and night conditions. To further add to the realism interactive pit stops and rolling starts are now possible too. Along with full fledged Championship and Career modes, a whole new Rating System, composed of 6 rating indicators has been created. This rating system is designed to help the player both in improving their driving style and technique and to find a measured and fair experience in multiplayer. The Championship Mode offers up 3 seasons to choose from with Blancpain 2018 & 2019 plus the Intercontinental DLC: GT Challenge.

Other options available include Practice Mode, Hotlap, Hotstint – focused on consistency instead of the fastest time as in Hotlapping, and Special Online Events. For Multiplayer racing, players must earn the necessary Track Competence and Safety Rating indicators generated from the Rating System. This is intended to allow for cleaner online racing and is the first step for those racers that aim to end up on the top Competition Servers reserved for the top of the Assetto Corsa Competizione racing community. 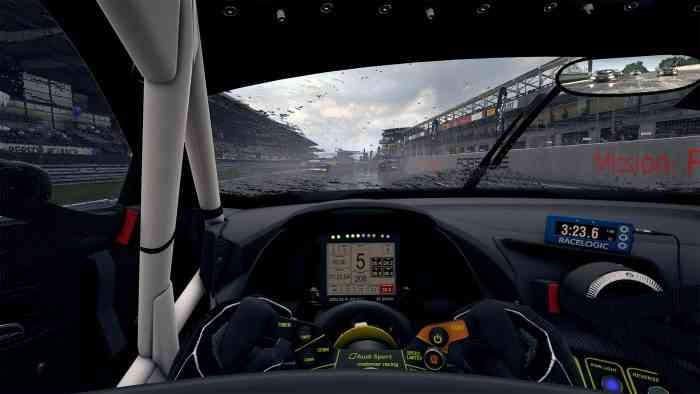 While all the real world licencing is impressive, and for many racing sim fans having them is vital, a racing sim’s longevity rests on it’s ability to provide a realistic driving experience through not only the graphics but the physics and Force Feedback (FFB). Remarkably the driving experience on my PS4 Pro and PC for Assetto Corsa Competizione is damn near identical. Especially on the physics and FFB side. PC gamers will no doubt be aghast at the visual hit the game has taken in moving to the console but console gamers will be impressed with the visual fidelity of the game and also unaware of the biggest technical hit.

Not Quite as Smooth as the PC

Assetto Corsa Competizione on consoles is capped at 30 FPS. This is big. On PC players are used to running at 60 FPS and up. 100+ FPS are even more welcome. Racing sim drivers live on as much visual information they can get per second – and even finer time slices – in search of the perfect racing line. The extra FPS not only provide more input but give the driver more information to process, react and have their reactions transmitted back to the game as quickly as possible. For sim racing, 60 FPS is considered to be the bare acceptable level. On the flip side, the human brain is a wonderfully adaptable organ. While jarring at first, I quickly became acclimatized to the lower frame rate and many PC racers have made the same comment. That said, there is no denying the sense of speed imparted by higher frame rates is lost. 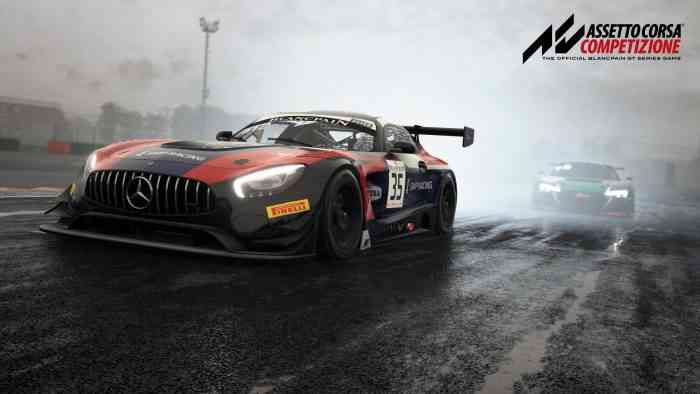 There is one further bugaboo that cannot be dismissed though and that’s the input lag. If you use the interior view with the steering wheel visible, the time between when your steering inputs are registered visually in-game is huge and distracting. Game pad users will probably not notice this but users of wheels definitely will. It’s disconcerting, especially in light of all peripheral support that game provides for wheels from such manufacturers like Fanatec, Logitech, and Thrustmaster. Fortunately, there is an alternate interior view where the steering wheel is not displayed. Maybe a patch will address this lag but more likely it will remain until the next-gen of consoles roll out.

Sim racing fans clamored for years for a serious console racing sim. They have finally had their wish granted. Assetto Corsa Competizione instantly becomes the premiere realistic console racing simulation game despite the hardware limitations of the current-gen. That doesn’t make it the best console racer, just the most realistic. The road ahead looks bright too with planned cross-platform support and future DLC which will also include an expansion of the racing scope with the release of GT4 cars coming this fall. 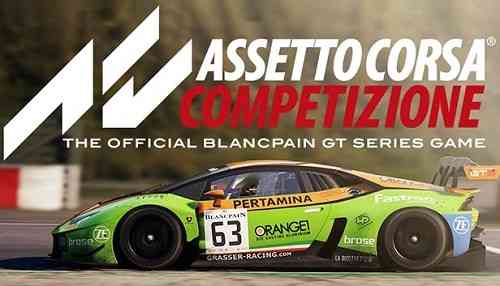