If you are reading this article you don’t need me to tell you that gaming is a very, very, very large industry. We absorb video game media all the time and crave that moment of perfect immersion where you no longer think about your actions and simply react. Arguably the best state of immersion (other than VR) comes from a solid and comfortable gaming headset which allows you to experience audio in ways a stereo simply cannot. Whether you need the directional function of surround sound to listen for something coming after you or you just crave every chord of an epic score, a headset can make or break your experience. The EKSA E900 Pro makes a valiant attempt at providing all of this, but in the end it simply fell short.

The E900 offers a lightweight frame and full multi-platform functionality which is great. I never noticed the weight of the headset while I played and it was just as easy as it ought to be to swap between consoles and PC. EKSA states the E900 is a full 7.1 surround sound headset with optimization options on PC through their free program, however, after more than several attempts (and making sure each time it was the correct program) it wouldn’t recognize the headset for optimization. I could still use it just fine on PC, but for whatever reason it didn’t want to communicate with its own program. They also say this is the very first dual-audio gaming headset but nowhere in the instruction manual or on the website does it explain what they mean or how to use it.

Not so Ideal for Marathon Gaming

The ear cushions are leather-wrapped protein memory foam which are incredibly soft to the touch and does a great job of forming around the ear, however, it didn’t take long for them to become notably warm and muggy. The manual advises to remove the headset every 1 to 2 hours to prevent this but I really expect more out of a gaming headset. A number of competitor brands can withstand a marathon session without issue but this felt like either they had a design flaw or I play games for far too long. The removable microphone was the most impressive feature to me. Its arm is not particularly long which at first worried me that it wouldn’t be able to pick up my voice. In practice, it was quite clear, albeit some of my regular online gamer friends noted a distinct difference in my voice.

Of course, the most important feature is the audio quality from the headset itself. The E900 makes some big promises as to quality and it does deliver on a smooth, deep, rich sound, but the scope of the sound is different from what I have come to expect out of a gaming headset. Directional audio was spot on. Fine details in the environment and the soundtrack came through quite clearly. So far, so good. The sound itself is clean – and perhaps if I could get the optimization to work I could have adjusted these settings further – but by default every sound seemed to register lower than it should have. Not so much that the bass was turned up, but that the treble was automatically low. Audio from beyond my immediate area was cut just a little short which becomes very noticeable in open combat games like Destiny 2. The clarity and detail was very strong, but it only seemed to pull from audio within a few dozen yards and carried the aforementioned low register of treble. 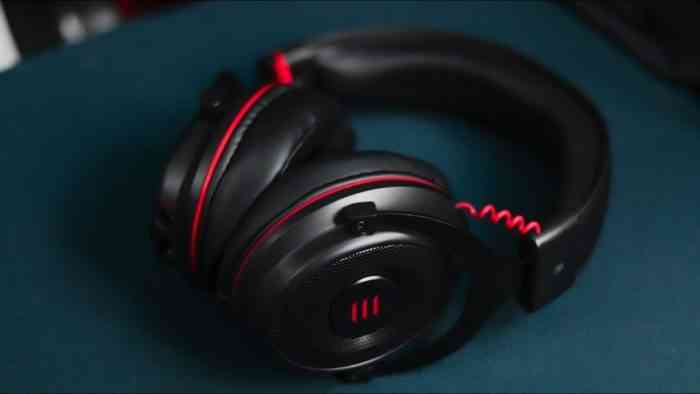 The EKSA E900 Pro Headset set itself up for a big expectation at a relatively low price point and in my experience, it just didn’t deliver. While the cushioned headband was comfortable and the frame was lightweight, it really didn’t offer the features I wanted out of a gaming headset. The ear cushions were soft and pliable but prone to causing heat and sweat fairly quickly with the only preventative advice being to stop wearing them from the manufacturer themselves. The program to adjust the audio for PC refused to recognize the headset, and the audio – while clear and detailed – was offering low treble and a short bubble of audio around my character rather than the full depth of the world around me. As a headset on a budget for light gaming, the EKSA E900 Pro might be exactly what you are looking for, but if you spend hours at a time lost in a virtual world it really doesn’t cut it.

**Headset provided by the manufacturer** 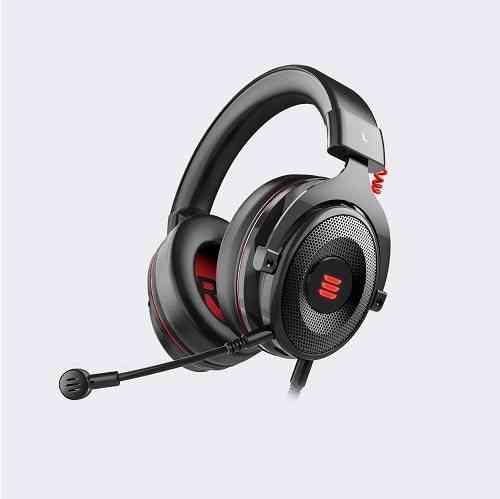