Originally released in 2011, Catherine became a cult classic due to its oddities and innovation. Part visual novel and part block puzzler, gamers fell head over heels for Catherine. With several new additions and improvements, Atlus has released Catherine: Full Body, but will this be a loving stroll down memory lane or a painful and forgettable fling?

Vincent Brooks, a 32-year-old computer programmer, is in a rut. Feeling pressured to succumb to his girlfriend, Katherine, and get married, he frequently visits the Stray Sheep pub to discuss his problems. It’s at this point where we are introduced to Catherine, the polar opposite to Vincent’s current girlfriend and after a night of infidelity, things begin to spiral out of control.

From a Love Triangle to a Love…Square?

Fans of the original will be aware of these events but this is the Full Body re-release and with that comes a third love interest: enter Qatherine (referred to as Rin). Rin, an amnesiac pianist, lives next-door to our protagonist and adds a new dynamic to the game. Impressively, her integration in the game is seamless and doesn’t feel tacked on. Players will now be to explore different love interests which will have a direct impact on plot points affecting which of the possible 13 endings you will uncover.

During the day you will converse with a range of characters and reply to texts. Your responses alter your morality meter and that determines the ending you receive. The dialogue and conversation you have are humorous and add to the overall absurdity of the game. However, the core gameplay takes place during Vincent’s nightmares. Each night you are tasked with scaling a structure made up of boxes, some hazardous, others climbable. You are required to move and manipulate boxes in order to create a path to safety, however, it’s not that simple. On your escape route, blocks disintegrate, agitated sheep obstruct, and creeping its way up the tower, snapping at your heels can be one of many nightmarish beasts. 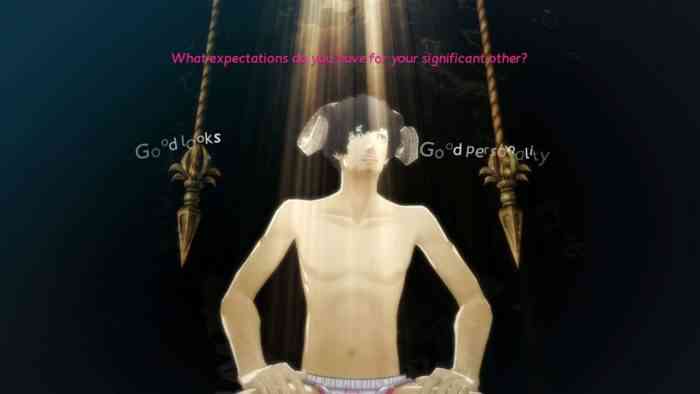 Although the premise of each level is the same, the game constantly adds new features in order to make clambering up the tower a challenge. As you make your ascent, you will find items in order to support you. Whether it’s energy drinks that increase your jumping height, bells that change block states or Enigma Coins that can be spent on items in the chapel, Catherine aids you with those heart-pounding climbs. With four difficulty modes that are selectable at any time, you can adapt the experience of Catherine: Full Body to meet your requirements. Gamers who just want to explore the narrative can select the new ‘Safety’ mode that allows you to completely skip the puzzle sections. On the flip side, Atlus has added a ‘Remix’ mode that introduces new puzzle blocks that make scaling the tower a grueling feat.

During my time with the game, I encountered no performance issues whether docked or handheld. Cutscenes are stylish and help to tell the narrative in an engaging manner. With its anime art style and luscious use of colour, the game looks fantastic on the Switch. Accompanying this is the eclectic soundtrack which ranges from smooth lounge music to remixed classical tracks that helps to build the atmosphere at key points.

Due to the game’s focus on narrative, those who enjoy their first playthrough will likely want to play the campaign again in order to unlock a different ending. However, there are other modes available to quench your thirst. In the hugely popular multiplayer mode, ‘Colosseum’, you race against a friend or foe in order to reach the top. Here you can strategically place blocks in your opponent’s path to stifle their route and ensure victory. Still want more? ‘Babel’ mode features randomly generated structures which can be climbed cooperatively or individually. These offer story snippets and some of the longest and most challenging levels in the game. 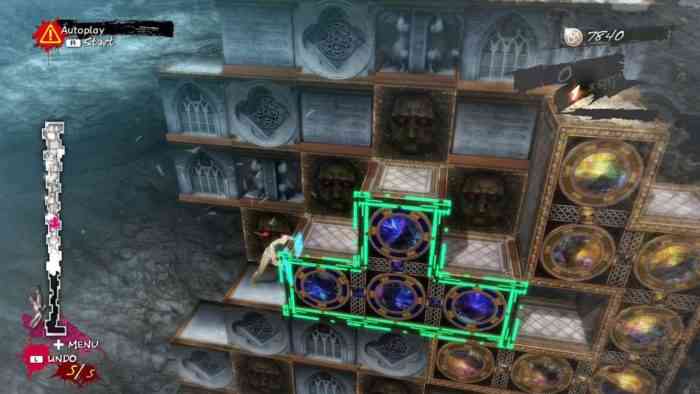 I would be remiss to not mention the representation of women in Catherine: Full Body. The game portrays women in a stereotypical manner, from nagging hound to the object of desire, and these elements may not sit right with the modern gamer. Although done in a humorous manner, the suggestive nature and characterization of females is something that definitely feels dated. Although the game deals with the consequences of cheating in a relationship, I feel that it doesn’t do this with maturity. Is it sexist? Gynophobic? Gamophobic? I’m not too sure, but it definitely raises questions that some gamers may disagree with.

With over 500 levels at your fingertips, Catherine: Full Body has a wealth of content that will keep veterans and newcomers entertained for hours on end. Although themes and representation are questionable, the gameplay and narrative are undoubtedly fun, making Catherine: Full Body more than a one night stand.