Baldur’s Gate is a D&D series (initially released in 1998) of two games with expansions of their own. Both games feature an expansion that focuses on The Black Pits, a gladiatorial arena that feels like the origins of Elder Scrolls IV: Oblivion’s arena. The isometric visuals, meanwhile, are more reminiscent of Diablo and the cinematics of Baldur’s Gate II are similar to the demon-hunting Blizzard franchise as well. The orchestral score is impressive, as is the use of ambient noise, but some of the voice acting gets old really quickly, particularly the heroes’ dialogue. The environments range from mountain ranges to flat plains, dense forests, infested caves, and sandy deserts. Though these environments are diverse, sometimes there are depth perception issues and it isn’t always clear what’s blocking my path, though it will never be a party member which is greatly appreciated. The use of an eternal black void acting as the border to each map segment is a dated concept that will initially confuse modern gamers who are unfamiliar with games from the late 90’s. The biggest issues facing me for my playthrough are not the challenges of boss encounters or reading long dialogue sequences to uncover the meaning of what someone said, but it’s the constant crashes and game ending bugs that face me around every corner. A quest that would otherwise take an hour now takes four just because getting from point A to point B is so difficult.

The depth of character creation is practically expected from D&D games as the tabletop RPG is notorious for its character sheets. You choose between a selection of seven races: human, half-elf, elf, gnome, dwarf, half-orc and the halfling. Each race has a number of advantages and disadvantages such as 30% resistance against charm and sleep magic or 10% find traps, helping gamers roleplay on a base level which will have a ripple effect on your gameplay. There are six classes to choose from such as the fighter, ranger, cleric, mage, thief and the sorcerer. Non-human characters can also select hybrid classes such as fighter/mage or mage/thief, leading me to wonder just what exactly D&D thinks about humans. You can optimize the abilities of your character (strength, intelligence, charisma, etc.) which will make them more powerful in their roles if you choose wisely. Do you want a really smart and charismatic leader? You better be willing to sacrifice in strength and dexterity. Do you want to be the most efficient in hand-to-hand combat? Then strength and dexterity are your priority. A balance of each ability is a great way to get started if you aren’t sure of what to do. Choosing an alignment sets you on your moral path with Lawful and Chaotic good being the only non-neutral options. This lets the game know if you intend to be a law-abiding citizen or a mischievous criminal.

During the story of Baldur’s Gate, you rise from a lost orphan trying to find his place in the world to becoming a hero as you journey through the Sword Coast. As you complete more main story quests, the dark mystery of your lineage unravels to unveil your destiny. It starts off with your one paternal figure, Gorion, being murdered before you as he escorts you from the castle that you spent your whole life in. Other than knowing to go to a nearby inn for allies, the hero doesn’t know what to do which is reminiscent of the Prancing Pony meeting in Lord of the Rings: The Fellowship of the Ring where Frodo and his companions seek Gandalf in vain. Baldur’s Gate is clearly inspired by classic fantasy content before the initial 1998 release while it also helped steer the course of fantasy RPG’s for decades to come. 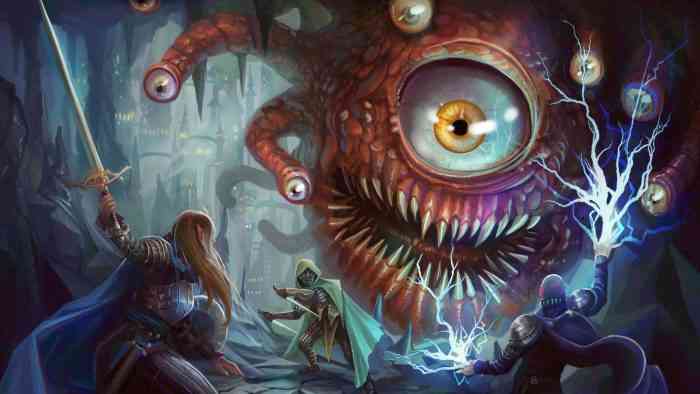 Baldur’s Gate plays like a slightly more interactive “Choose Your Own Adventure” book as the story carries the experience. The story has aged very well in contrast to the graphics or the user interface because although it features quests other games have taken, there are still many side quests that haven’t been explored in modern gaming. It’s necessary to test your mettle by selecting harder difficulties but Beamdog features a story mode that prevents you from seeing any game over screens. Though the combat becomes far less intense, it’s a fair idea as the combat and gameplay mechanics are quite dated at this point. Like in many RPG’s, the main storyline is great but the side quests are even better. One has your hero delivering weaponry deep into a mine infested by Kobolds to people on the frontlines and another will have you defending yourself from a belligerent drunk at an inn just because he didn’t like you. Despite the poor visuals and generic gameplay, these side quests make the world feel lived-in and despite facing off with genie’s and dragons, they make the world feel real too. There are readable books to discover as you explore which expands the lore of Baldur’s Gate similar to how Elder Scrolls games have implemented their literature as the series evolved. The story carries the experience through the boring monotony of traveling the Sword Coast and it’s what makes me return to the game after repeated crashes.

The World of Baldur’s Gate is Hindered by Glitches, Stuttering and Crashes

Baldur’s Gate II continues the story of the original. Having become a hero, your goal is to ascend to God status and thwart any attempt to take over your power. Finally, you confront a monstrous destiny that culminates in an intense battle in hell. The visuals in the sequel are drastically increased from the isometric character models to the larger scale cinematics and the better conversation segments. Baldur’s Gate II starts off with more interesting characters, more intense bosses and more interesting quests. I’d say the sequel improves on the original in every way but the bugs, glitches, and crashes make it nearly unplayable. When I’m able to play, the chat options feel more refined than the original title and how you respond is much more important. Responding to confrontation and conflict is also important as party members may abandon you if you do something they dislike. This more fleshed-out morality system makes party members feel like individuals and this gives you a reason to not choose neutral when picking alignment. I forgive Baldur’s Gate 1 for the generic and lacking user interface but the sequel doesn’t get the same benefit of a doubt as the game has improved in so many other ways. The action bar in Baldur’s Gate I & II sucks as it only includes a few actions with an assortment of battle formations, but it’s clear to see how it inspired most MMORPG’s, Diablo, Dragon Age, etc. This series has influenced so many games over the years but this is a case where it’s a system that has been perfected and going back to the older system feels clunky.

Though Baldur’s Gate I & II unfold an amazing story, whether you choose to follow side quests or not, it struggles to carry the gameplay experience from conversation segments to cinematics. The story is interrupted by extremely dated mechanics such as the combat/action bar and exploration. The glitches, bugs, stuttering and crashes make questing a real struggle and even just getting through what’s basically the tutorial of Baldur’s Gate II was hindered by so many issues that I had to restart the game multiple times while also getting disconnected more times. Frame stuttering is normally expected here or there in a vast and visually impressive open-world game, but when it’s coming from an Enhanced Edition of Baldur’s Gate, it’s kind of shocking. At least the frequency of these issues is shocking to me as I never really experienced such issues on the original release back in the day. I like the story but it just isn’t worth the stress. Should the glitches be fixed in upcoming patches, I could see this bundle being the definitive way to play Baldur’s Gate I & II and I could see my score being raised as a result but currently, the package isn’t enhanced enough. 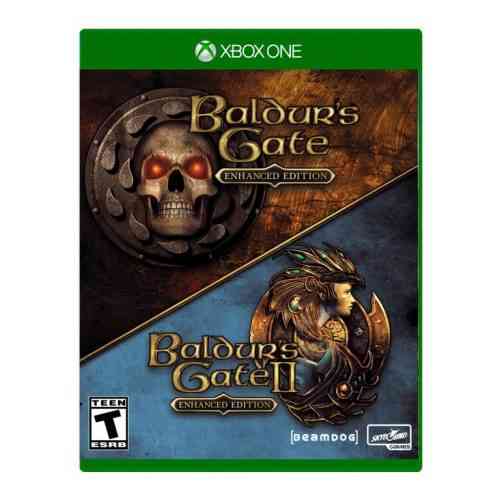