Eon Altar is a co-op turn-based RPG that brings back the era of “couch co-op”. Rather than playing online with your friends, you can now all sit in front of the television, on your smartphones, interacting in a rich virtual world. With an exciting story, some very beautiful art, and an inventive use of your smartphone, Eon Altar is a solid gaming experience. Eon Altar Episode 1 is the first of three (with one yet to be released) episodes in the Eon Altar story released on June 23rd 2016.

The most interesting element of Eon Altar is the innovative use of the smartphone as the controller. I was very skeptical initially, but was extremely impressed at how responsive and fluid the controls were. There was little to no lag from when I pressed a button on my phone to when my character reacted. It was also extremely convenient being able to manage my inventory and upgrades without disrupting the flow of the game too much. However, at the end of the day I was still using my phone. Between text messages, phone calls, and app alerts, I was soon left wanting another controller option so I wasn’t taken out of the story with reminders of real life.

Upon starting your adventure, you and up to three friends have five distinctly different characters to choose from, who all get a beautifully drawn intro. Seriously, you’ll want to see the intro for each character because the art is amazing. Each hero comes equipped with their own unique set of upgradeable gear and abilities. Your choice of character also can also affect the story, sometimes greatly and sometimes very little.

“While the story itself was very interesting, I had a much better time interacting with my friends and bringing our characters to life.”

The world of Eon Altar is immersive and rich. Without spoiling too much, each playable character is thrown into the mix of a medieval conflict filled with betrayal, ancient gods, politics, monsters, and everything else you’d expect from a fantasy RPG. While the story itself was very interesting, I had a much better time interacting with my friends and bringing our characters to life. You see, Eon Altar doesn’t give any audible lines to any of the playable characters and instead forces the players to speak for them. This is very reminiscent of a Dungeons and Dragons game, which comes with positives and negatives. With a willing group of friends, Eon Altar has the potential to be one of the most engaging games I’ve ever played. However, if you’ve got a group that isn’t into role-playing you’re looking forward to a very tedious few hours. 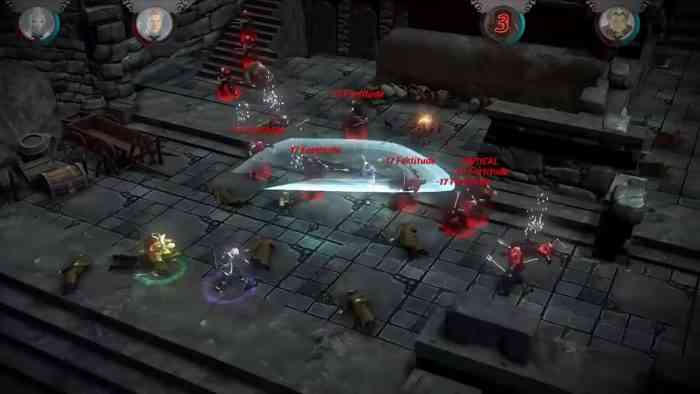 Eon Altar thrives when it’s played with a group of people, but the option to take the campaign on solo is still there. I’ve tried both and there are pros and cons to each method. If you’re playing on your own then you have the benefits of enjoying all the loot to yourself but the battles are a bit harder. If you’re playing with friends, you get the added fun of coming up with strategies to take on your enemies but, the way the loot system is set up can be quite infuriating. Eon Altar has a first come first serve loot system which often makes “co-op” feel less cooperative and more combative. Personally, I would have preferred a shared loot system to create a more co-operative experience rather than forcing players to have to fight and negotiate over who needs what loot the most. 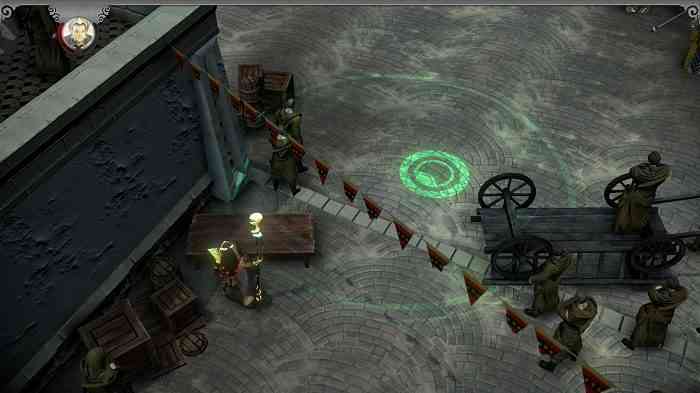 At first glance I didn’t think that turn-based was the right style of play but I was happily proven wrong. The turn-based style works well with the smartphone controller. Each player makes their turn at the same time which stops any waiting around that would potentially create a boring experience. While being turn-based, the action is still quite fast-paced. Debating with friends on strategies to best take out a horde of enemies is satisfying.

Eon Altar is a solid addition to the RPG franchise. Get your D&D group together and enjoy an engaging story, gratifying strategical combat, and some beautiful art for quite a steal ($7.79 CAD on the Steam Store). Just make sure you’re ready to fight tooth and nail with your friends over the scraps of loot the game leaves you! 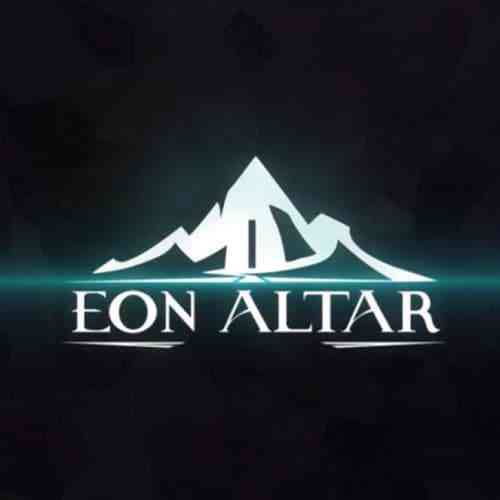