The virtual reality platform has emerged as a popular home for those who love rhythm games. Take titles like Beat Saber and the recent Ragnarock. They work because they lend themselves perfectly to the VR medium, taking advantage of its more physically-immersive, 3D interactivity to great effect.

It’s not a frantic, arms-waving workout game like the aforementioned titles, though. You’re not slicing boxes or banging drums here. Instead, AVICII Invector: Encore Edition is more relaxed, chill. It’s like the old Guitar Hero games, where the hard work is all about mental focus and coordination. You pilot a little spaceship through 6 different worlds, pressing the proper buttons and flicking the proper thumbsticks as your ship flies over them.

A big part of the AVICII Invector: Encore Edition experience — the music — also sets it apart from other titles. This game is meant as a tribute to the late EDM icon AVICII, the Swedish DJ whose real name was Tim Berglund. 35 of his songs are included, providing the basis of the rhythmic cues for each level. I hadn’t heard of AVICII before, but judging by the tracks in the game, I must say he was amazing.

Surrender to the Beat

And AVICII Invector: Encore Edition is a fitting tribute indeed. As you learn the controls and let yourself fall into the pulse of each song, each button press and thumbstick roll starts to feel intuitive, like a natural extension of your body. Cool, entrancing visuals over the 6 worlds (unlocked one by one) dazzle your eyes and encourage you to just surrender to the song and let it flow. 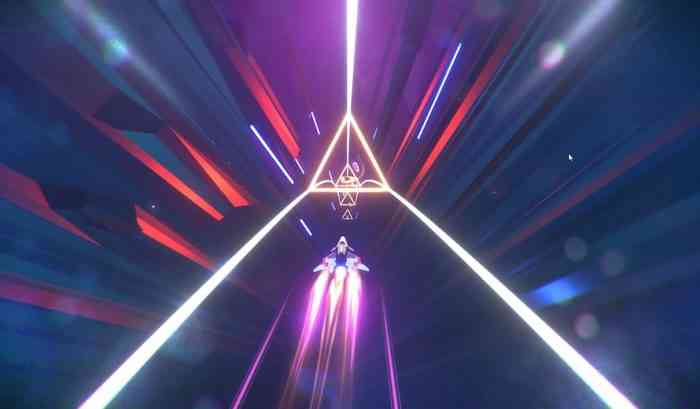 That’s not to say it can’t be challenging, though. Even aside from the four levels of difficulty ranging from Beginner to Hard, AVICII Invector: Encore Edition’s 35-song lineup gradually adds complexity as you play. Things start simple, with the odd B button press or Left Trigger in a steady rhythm. But soon you’ll have a wide variety of actions to perform, quickly. Like the thump of the EDM beat, your heart will speed up as you keep pace with your fingers.

It’s an odd combination of chill vibe with fast movement, at its hardest. And it works. AVICII Invector: Encore Edition kept me playing and having fun. I also liked the way the developers designed each level to be nicely balanced and paced. After a long stretch of timed button-pressing action,  levels end with you flying your ship through floating rings for bonus multipliers. This varies the gameplay well.

Another cool idea in AVICII Invector: Encore Edition is the multidimensional nature of the tracks. In addition to pressing B or pulling the R trigger, you also flick the thumbstick in the proper direction, left or right at the proper time. Fail to do this, and you’ll be stuck on the lower-scoring track for the next stretch, missing out on a heap of points. This really adds a nice layer of challenge that keeps you laser-focused. 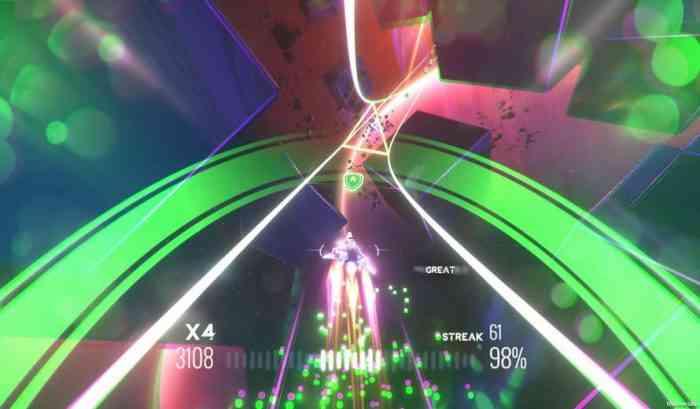 Now a note about VR: all that flipping might not feel good for some players. For whatever reason, I’ve always been fine with motion sickness in VR. But if you have had issues with motion in past VR games, know that AVICII Invector: Encore Edition might present a challenge for you. Imagine basically that you’re in a roller coaster that regularly flips upside down many times over the course of the track, and you have the idea.

AVICII Invector: Encore Edition is another great rhythm game that is suited perfectly to VR. If there’s a downside though, it’s that it’s a bit too short. The 35 tracks, as addictive as they are, can be played through in roughly two hours. Sure, you could pad that length by replaying each song over the four difficulty levels. But that’s still less content than I’d like, even in a VR game. It’s especially an issue given that the basic gameplay — flying through valleys or space or icy worlds — doesn’t really change along the way.

If you’re a fan of the late DJ himself, well this game is a no-brainer. He was clearly a great talent and the music is outstanding. But for everyone else, AVICII Invector: Encore Edition on Meta Quest 2 is still worth strapping on the VR headset and giving a go. The music is great and the gameplay is addictive and fun. If you like rhythm games but you don’t want to sweat (or risk accidentally bonking your family in the head), AVICII Invector: Encore Edition’s chill EDM vibe is the VR experience you’re waiting for. 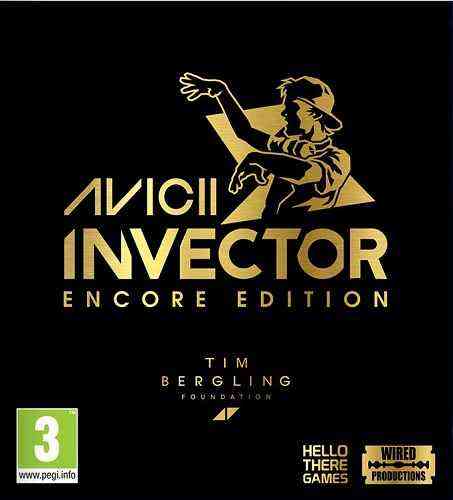