Dogs are all over social media. Even if you’re not the kind of person to follow canine-centric creators, your feed is probably full of pooches doing cute things. Dogs are legit social media superstars, from Jiff the Pomeranian to Maruto the Shiba Inu. That’s the premise behind Pupperazzi. Take pictures of dogs doing adorable things, post them to social media, grow your followers.

Now, I’m one of those people who might possibly own a t-shirt that says I love Pugs…people, not so much, so you know where I stand. Even if you are a little less dog-focused (you monster), you might enjoy Pupperazzi. After all, now and then, it’s nice to play a game that isn’t about killing something. Pupperazzi is a family-friendly game with just enough weirdness to engage adults.

Here’s Pupperazzi’s gameplay loop: you run around different environments taking pictures of pups. You have a series of objectives, like taking a pic of a dog with a stick, or maybe in front of a lighthouse. Then, you post your picture on the game’s version of social media. You get followers, which unlock new objectives or items, like fancy film and better lenses. Complete all the objectives in one area and move to the next.

The “you” in the game — which you’ll discover with the selfie lens — is a camera with legs. It’s nightmare fuel, to be sure. In a fun way! 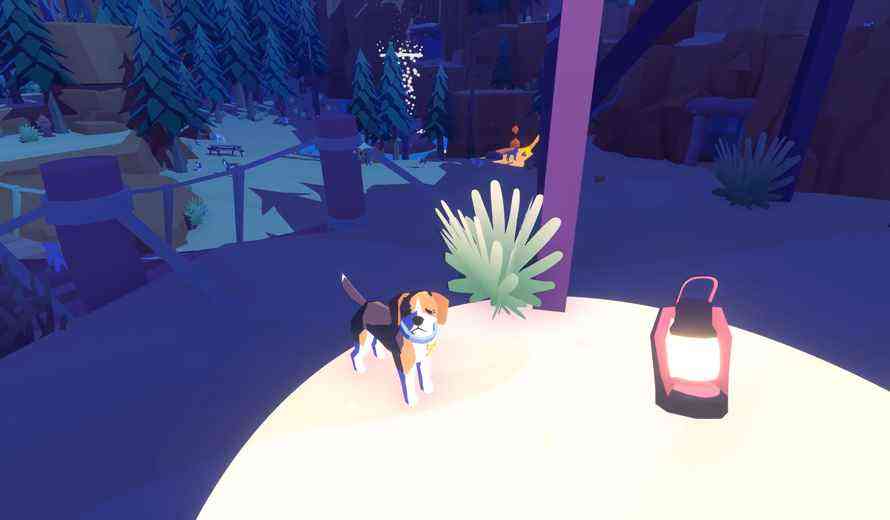 You also earn and find bones which are the game’s currency. You spend the bones at vending machines. The vending machines offer goodies to entice the dogs as well as larger film packs, special effects film, and lenses like fisheye and zooms, plus outfits and accessories. You’ll need most of the items to complete different objectives. You might be tempted to care about getting a picture framed perfectly. Or, catch that fantastic expression. Generally, the game cares less about the artsy-ness of your picture than if it checks off the objective. You can, of course, save all your best and most adorable images to a photo album on your computer.

Your social media audience will grow as long as you complete the tasks. It’s better not to spam the ‘dog internet’ with too many pictures. You’ll actually overload your channel with cuteness and lose followers. Plus, until you can afford bigger rolls of film, the number of photos you can take is limited.

Obviously, the tasks and gameplay loop of Pupperazzi are there to give the game a little structure. Just running around looking at cartoon dogs might be a limited-offer experience.

The most crucial aspect of Pupperazzi is its art direction and portrayal of dogs. If you don’t connect with it, you definitely won’t find the game fun. 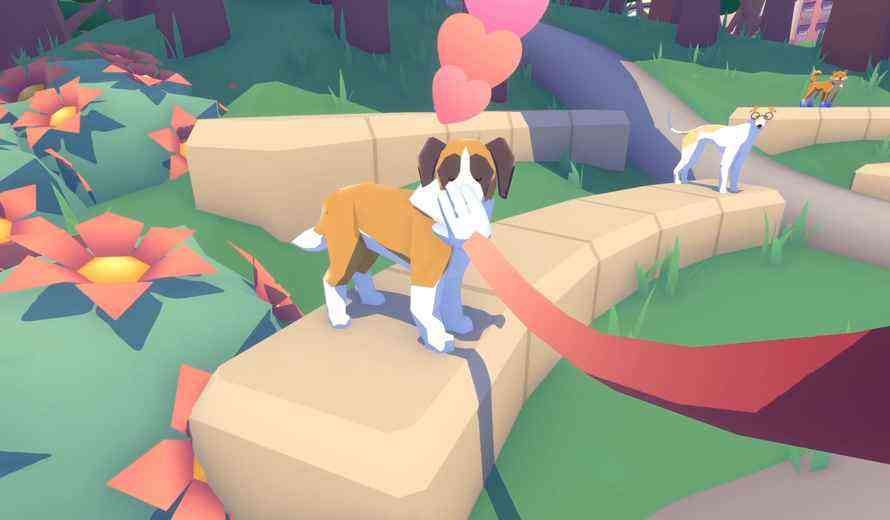 The good news is that, although it goes for a highly stylized, chunky polygon look for the dogs, Pupperazzi does an excellent job of catching the essence of canines. The dogs are low detail models, but dozens of breeds are recognizable even so. The game captures adorable expressions and basic doggy movement. Sometimes, the dogs just bounce from place to place, which is a little jarring and, you know, not entirely realistic. Oh, and a big part of Pupperazzi is giving the dogs a good, long scratch, accompanied by hearts and wagging tails.

But then, Pupperazzi isn’t about realism. This is a world where dogs are food cart vendors and lifeguards, ride bicycles and motorcycles and play arcade games. They wear clothes and do a lot of human-type things. Parents worried about kids seeing dogs procreate, savagely fight, poop on the sidewalk, or get pancaked by a passing truck need not be concerned.

The environments — a beach, a seaside resort, a city, desert canyons, etc. — are likewise colorful and stylized. There are lots of little secrets to find and a ton of objects to pick up and play with. Well, for the dogs to play with. The game’s objectives have some very easy-to-solve environmental puzzles. You won’t need a walkthrough.

Mechanically, the game has a couple of minor issues. Controller support was usually ok, with a few inputs that never seemed to work, necessitating the use of a mouse and keyboard. Pupperazzi’s music is chipper and bouncy but equally repetitive over a long play session. I get the rationale (if unreal) for having different film types for other visual effects, but when was the last time anyone bought film? Yeah, I know. Dogs don’t play Space Invaders in an arcade, either. As the old comedy cliche goes, buy the premise, buy the bit. 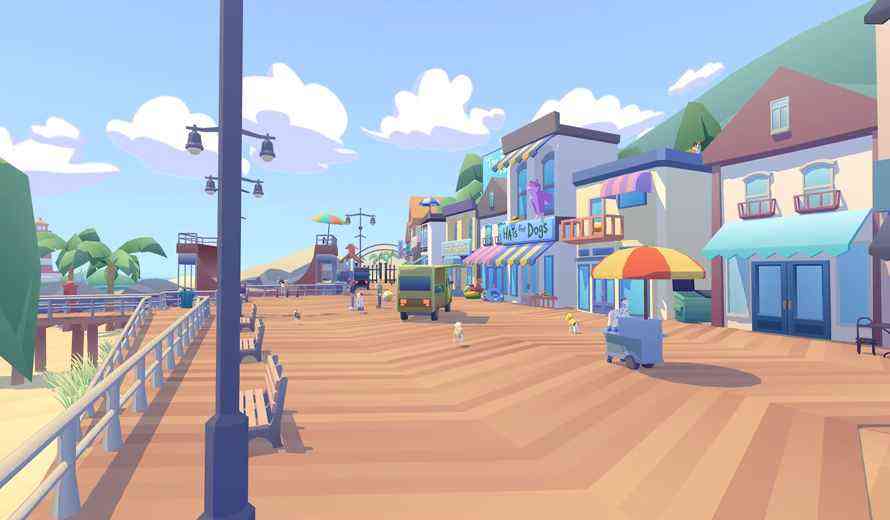 Pupperazzi is a lighthearted, chill little game that anyone can enjoy. If you’re not too worried about realism and don’t need a lot of high-level content, you’ll be happy with what Pupperazzi has to offer. The bad news is that it’s over pretty quickly, and there isn’t much reason to go back. The dogs are cute, and the whole thing is marginally surreal, but a bit of story or maybe some strong canine characters would have added to the experience, especially for older dog lovers. 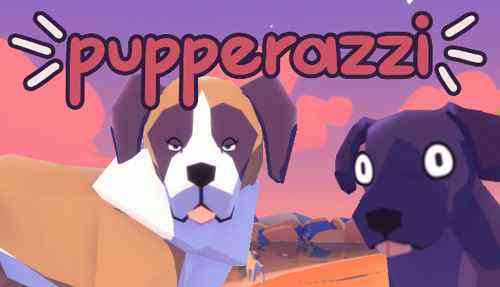 
Pupperazzi Has Got to Be One of the Cutest Games of All Time
Next Dusk (Switch) Review — Rip and Slice
Previous AVICII Invector: Encore Edition VR Review – Thumb-Flicks and Chill