Dusk is a great game. So it stands to reason that Dusk on the Switch is also a great game. It is a fast-paced shooter that offers excellent map design and chaotic action. That action can actually be a little too chaotic and fast for its own good at times. No, it isn’t a flawless game, but it sure is a fun one.

One aspect of Dusk that certainly isn’t a flaw is the map design. See, Dusk tricks you in the beginning with rather basic maps. This is a good thing because getting used to controlling such a fast character can take some getting used to, especially since you don’t have a mouse and keyboard. However, the game begins throwing more complex and interesting maps as you progress. These maps also have a lot of variety in how they are designed. Large open levels filled with combat and secrets to smaller, tunnel-filled levels that have some maze-like qualities. I like some levels more than others, but I wouldn’t say any of them are bad. 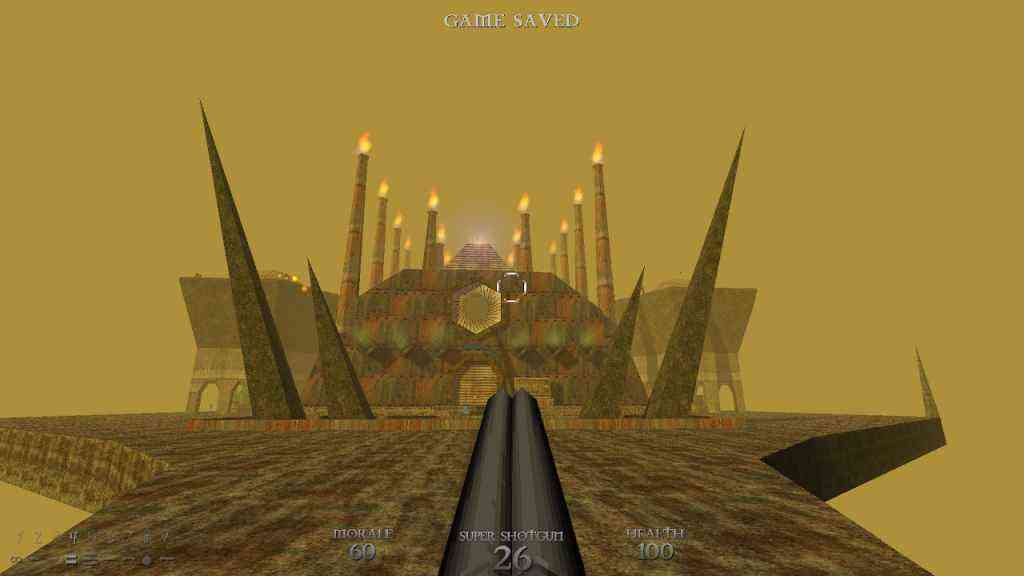 These smaller maps also highlight that moving around them is a learned skill. In Dusk, you move lightning fast and can move faster by bunny hopping diagonally. This means you are hopping all around the map as you strafe around enemies and try not to bump into walls while keeping your reticle on the bad guys. This aspect of the game doesn’t translate that well to the Switch. The Pro controller helps a lot, but playing it in handheld mode, I found it rather uncomfortable after a bit. Gyro aiming can help, and it is done rather well in Dusk, but it doesn’t replace mouse and keyboard for this type of experience.

While the maps are all designed well, I’m not a fan of how murky everything is in them. I know this is a stylistic choice, but it isn’t one I’m the biggest fan of. Dusk on Switch looks exactly as the creators wanted it to; I just wish it had some more color to really make it pop. With that said, however, it does have stellar atmosphere. The dark, brown, and red murkiness of it all does lead to an effective horror atmosphere, even if it does leave some of the levels forgettable artistically. 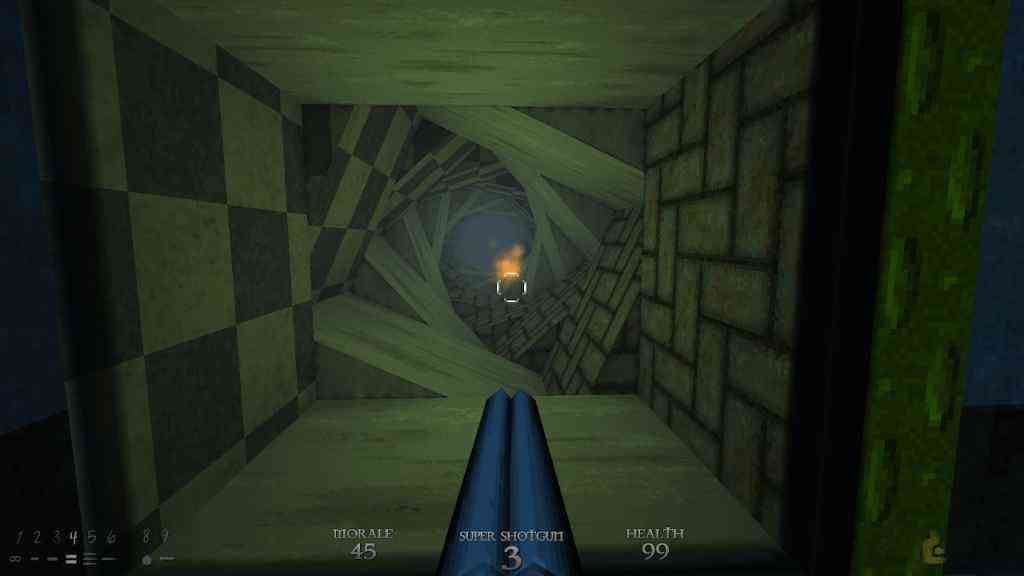 The sound design helps establish said atmosphere. Enemies shouting out at you, punchy gun effects, and some effect ambiance noise really amps up the horror atmosphere. Even when I’m heavily armed, hearing things in the background that I can’t see is an effective method to keep me on edge. Having your flashlight flicker and hearing the footsteps of an invisible enemy will have me going through the weapon wheel for my super shotgun in record time.

Demons, Cultists, and Soldier, Oh My!

Invisible enemies are just the start of in Dusk. Dusk on Switch has a wide array of enemies that all have a unique look to them, and all of them can be a threat. You have cultists with chainsaws and some in robes that shoot projectiles at you. Then you have demons that can turn invisible and hunt you down or some demons that are part machine and launch explosives at you. You also have some military personnel thrown in there for good measure. They will blast you with machine-gun fire and are easy enough to take down but can overwhelm you with numbers. 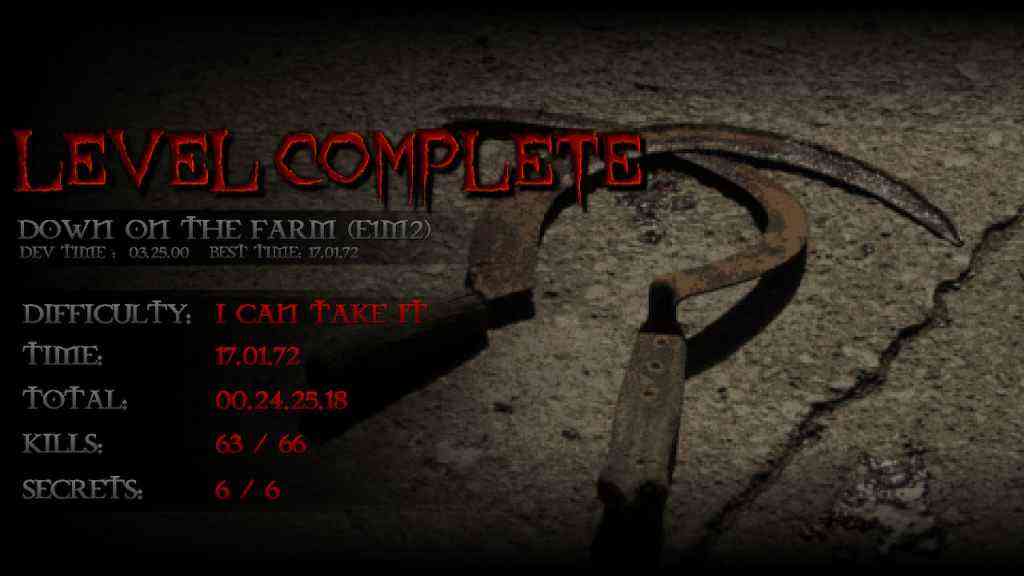 All of these enemies are introduced over time as the story progresses. While the story isn’t the main feature in Dusk, it is still quite compelling. It is far more complicated than it looks at first, and you will experience a few twists that will keep you engaged right with the stellar gameplay. It isn’t intrusive as you only get the story via brief dialogue or as a text crawl at the end of one of the three chapters. This keeps you engaged without ever interrupting the fast-paced nature of the gameplay. All you really need to know to start is that you are trying to escape a town and end up going on a bit of journey as curiosity, or perhaps something more malicious, overtakes you. 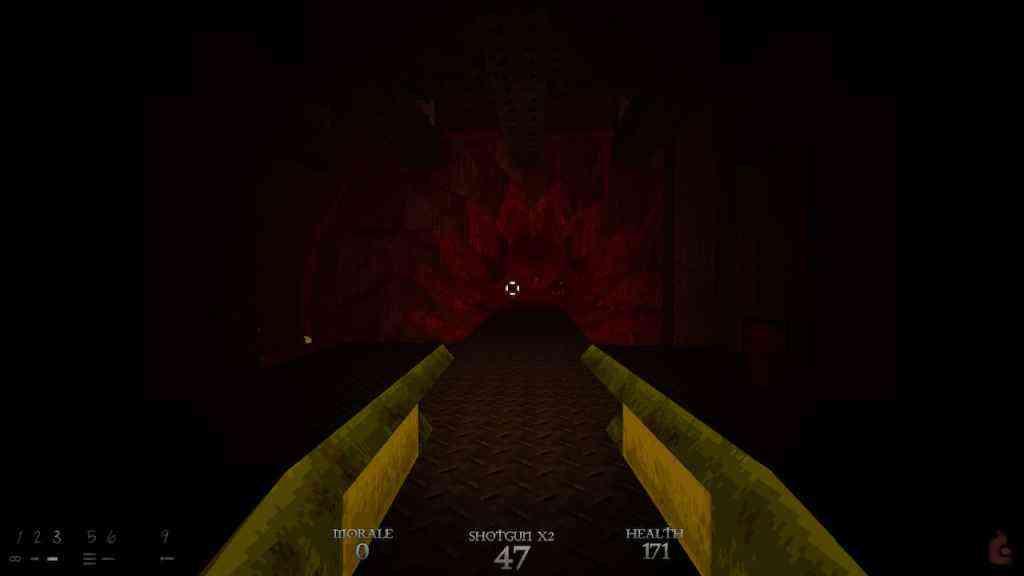 Dusk is a fantastic game. I think it loses a little bit by being on the Switch as controlling such a fast character with a controller just doesn’t feel as good as it does with mouse and keyboard. Combine that with a weapon wheel that doesn’t slow time, and you can have some chaotic moments that come from annoyance as you struggle to get the weapon you want while bunny-hopping around. Still, the atmosphere, level design, and pure frenetic gameplay are more than enough to make up for these minor drawbacks. Dusk on Switch is a horrifically good time, and being able to take it on the go is worth a few compromises. 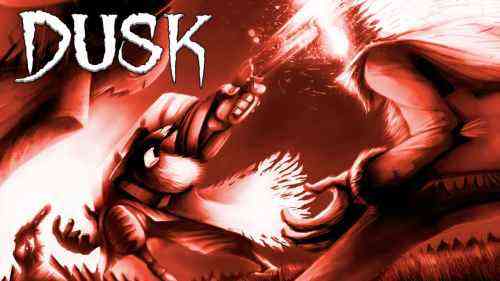