If I could shake the creator of Dusk, David Szymanski’s, hand I would. I know it would be a firm, agreeable handshake with a slight nod and a smile. It’d be my sincere thanks given for getting me back to a memory I had nearly forgotten in my adulthood: the night my tween, pimply young self fired up Quake 1 on my mom’s office computer.

I stayed up until 3 am fragging through levels at blazing speed. My mother eventually caught me and grounded me for a few days. It was worth it, I said. She said I’d melt her PC with these newfangled games. I said that isn’t how games nor computers worked. She just shook her head and said go to bed.

This moment was my first encounter with the first-person shooter, now a genre spanning hundreds, maybe thousands of titles over decades. The traditional FPS has seen a lot of change since then. We had the classic Quake and Doom years, with fast movement, centered weapons, and heavy metal music. We had the Halo era where we became floaty and gained regenerating shields and melee attacks. We then finally entered the more grounded era of World War 2 games, with realistic running speed and aiming down sights to make your shots. Genres always evolve, but it’s nice to go back and remember how things used to be.

Dusk is the game you remember from your past. It’s the one you told your friends about. It’s the game you tore through in a night and then immediately fired up again. It sits in that dusty, forgotten pantheon that the new Doom and Wolfenstein games take us back to every time they come out. It’s about super speed, giant weapons, ridiculous enemies and hip firing like a maniac.

You won’t find any aiming down sights here. You point, you strafe, you shoot. And it’s an absolute blast to play. 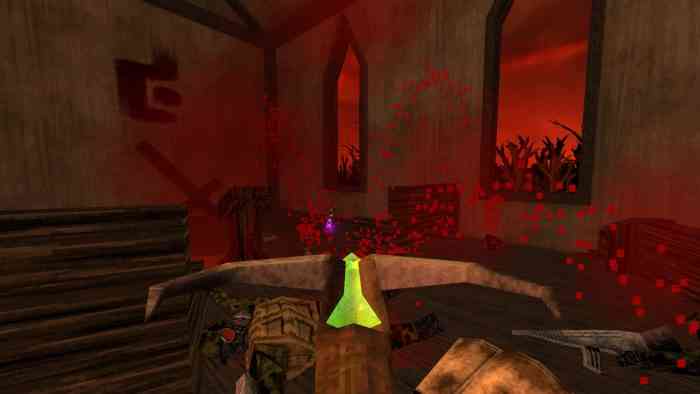 Dusk’s campaign sees you waking up in a clammy dungeon. A group of nightmare goons straight out of a PS1 Silent Hill game surround you with chainsaws. They call you the Intruder and the Heretic. It doesn’t matter; you brought sharp sickles. In moments, you start tearing them apart.

Eventually, you find a pistol, then two pistols, then a shotgun, then TWO shotguns, and the fantastic metal-inspired soundtrack kicks up. You are a savage, fast-running killing machine and Dusk knows it. Enemies ‘gib’ with bloody abandon. They swarm you, they throw fireballs at you, they charge recklessly. Every time your enemies get more aggressive you respond with a new weapon in full force.

Dusk is paced exceptionally well. Levels weave around themselves, requiring you to find colored keys to unlock areas in a miniature Metroidvania way. They’re on the shorter side of shooter levels – more bite-size and action-packed, never overstaying their welcome. Occasionally, you might stumble and get lost only to fumble into the next door key to that area you saw before, but in my time with Dusk, it was never enough to be a heavy deterrent. 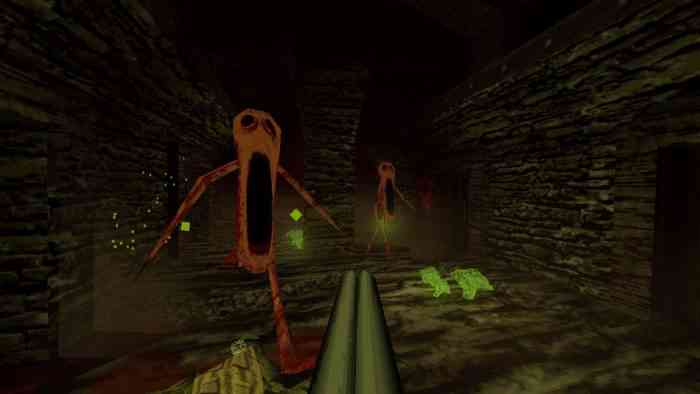 Bosses embrace the weird and goofy, and while I won’t spoil the surprises, there’s a fun amount of variety in the end-level encounters and the enemy types themselves. Environments, too, span the entire spectrum of run-down facilities, open farm fields, and hellish levels. There’s a lot packed into this indie package that will keep you busy and eager to see the next thing.

This is all accented with a blood-pumping metal soundtrack that kicks up at just the right moments. There’s nothing quite like finding a giant gun and a room full of enemies, only to hear the metal blasting through your headphones, basically encouraging you to blow up everything in your path. And blow it up I did.  Dusk has many sublime moments like this, enough to keep me grinning as I blasted through its levels with reckless abandon.

And while the plot isn’t front and center (mostly to keep from distracting you from the shooting, I wager) there’s enough small bits to enjoy with writing on the wall by the local monsters and a nefarious voice to spur you along seeing it through to the end. This is to say nothing about the Endless wave mode, the multiplayer, or the ability to go back to older levels, crank the difficulty way up, and choose your loadout for maximum carnage. 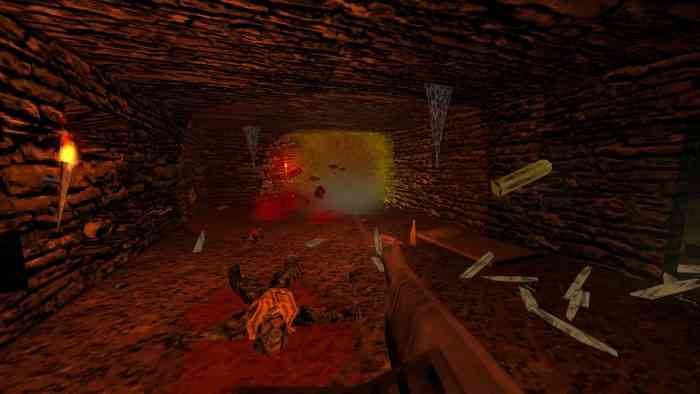 Dusk is the perfect package. It sets out to deliver exactly what you’d want from a game like this and it delivers it in spades. From the moment you see its “fake-DOS” loading screen, to your first encounter with a shotgun-wielding scarecrow in a creepy field, you’ll be smiling ear to ear, hoping your mom doesn’t know you installed Dusk on her 1GB of ram, CRT monitor PC. You might melt it.

It’s the closest you’ll get to that feeling of shooters from yesteryear, and you’d do yourself a disservice as a shooter fan by missing it.

Buy Dusk. Beat Dusk. Then ramp up the difficulty or dive into the Endless mode or multiplayer to get your fill. It’s been too long, my friend. Far too long. 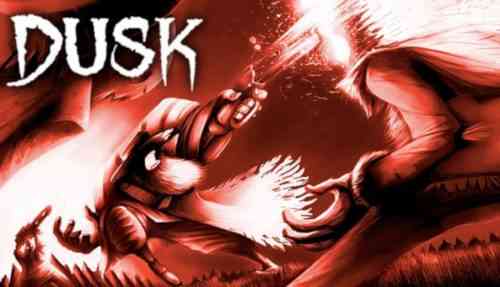