I’m sure everyone in this current generation, at least once, has thought, “I wonder what it’s like to be a famous Youtuber”. Well, wonder no more as Youtuber’s Life OMG Edition has hit consoles and PC, giving you a taste of what it takes to be a famous online presence and the hardships one has to undergo in order to stay relevant. From simulation developers, U-Play Online, Youtuber’s Life gives you a taste of how you can become the next Markiplier or Jacksepticeye.

You’ll begin the game by going through a simple character creation screen and you will get to select one of 6 personality types for your character. After creating your U-Tuber persona you’ll have the option in selecting one of the three types of channels that will hopefully boost you into online stardom. By selecting the gaming channel you’ll have to be on top of new game releases and making sure that all games being played are on trend and popular. The Music channel will require you to purchase new instruments and song licenses in order to do covers as well as your own original music. The cooking channel, which I believe offers the most variety in gameplay as you will be able to purchase different ingredients to create your own recipes. No matter which channel direction you decide will be best for your U-Tuber, it won’t affect the gameplay as your main motivation will simply be making your mark on the online world. And of course, the best way to do this is to build up the popularity by creating videos of whatever is on trend and the views. And we all know how important getting those views are.

Once the journey to beginning your U-Tubing career, you’ll have your future self, an established, popular and well-paid online persona will be narrating your lifetime. Each portion of the game is split up into chapters which will cover your perceived rise to fame. With this, in combination of future you narrating your life and guiding you along, it essentially acts as a game long tutorial. 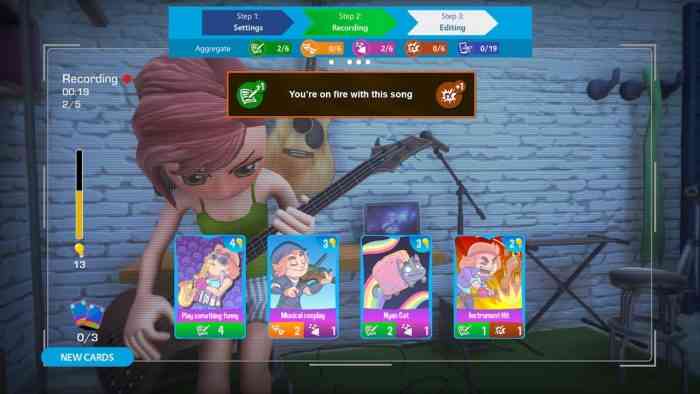 But did you think we would only be making videos for the internet to love? Well, every U-Tuber has to start somewhere. The first few chapters will have you as an aspiring U-Tuber however as a young person still living with your mom, you’ll also have to make sure that classes are being attended and passing all of your exams. Despite the small cash reward that mom gives you (assuming you were good and passed your exams), you’ll need more money in order to pay for new goods for your channel. You’ll be able to do one of three jobs, which vary depending on the time of day and the chapter you are on, to make a few extra bucks.

Well now that you have a shiny new game, instruments and ingredients — it’s time to start recording! Recording videos act as a sort of mini-game. You will need to gauge the content being recorded and it will be listed as a simple low, medium or high in popularity. Recording a set of clips adds points to each aspect of video recording, trying to balance out the script, performance, audio and effects. These are influenced by perk cards that add extra points to each category. You can gain more cards as you level up. Mixing the cards with the correct corresponding clips will allow more options for editing. Once you’re finally in the editing stages, each clip will have little puzzle-like edges that will fit together. The more you fit together, the better your video. Unfortunately editing the clips can feel a bit random as you don’t have much say in how the clips will link exactly, but boy, is it ever satisfying when you finally have a line that fits perfectly. 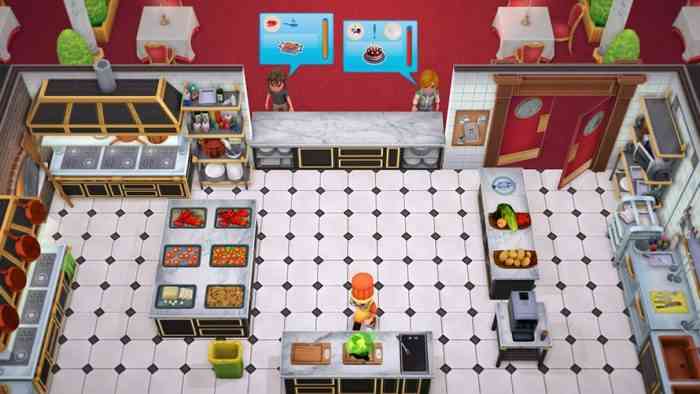 Fans of simulation games will take immediate notice of the inspirations that Youtuber’s Life grabbed from the popular Sims. The cartoony looking characters, the incomprehensible gibberish and laughter that these guys make down to the UI is very familiar and honestly feels like one of the early Sims games. It reminded me the most of the Sims Bustin’ Out on the Game Boy Advance. The one nice thing is that as your U-Tuber is basically confined in the four walls of your room, so you won’t lose focus on what you’re trying to aspire to become.

For the most part, Youtuber’s Life is actually pretty fun however there are a few aspects of the game that aren’t as thrilling. The social events that your character will be invited to, parties, going to the movies and video game promotional events, isn’t very engaging. I feel as though they are put in place mostly as filler as the only thing that you can really do is develop “relationships” with other U-Tubers. The promotional events are almost more annoying as attending these will replenish your standing with the community. You don’t even have to talk to anyone, really. And playing on the Nintendo Switch, I found that the game did lag a bit for me. At one point the game had totally frozen after a few hours of gameplay and once I had restarted it, I had lost all of my data and had to start over. 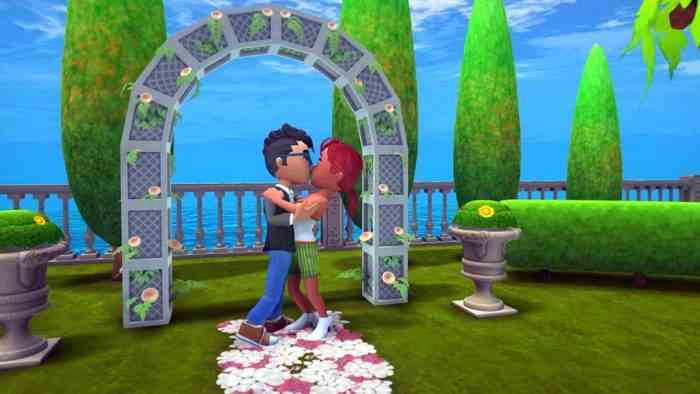 Fans of simulation games will probably quite enjoy this title. While it isn’t as in-depth or fleshed out as The Sims, Youtuber’s Life is addictive and fun in a more condensed form. Not to mention being able to watch your stats and view rates climb with each video certainly has some merit. Unfortunately, with the confusing deck-building mechanics, boring social events and repetitive nature does somewhat kind of tarnish the overall goodness to the game. 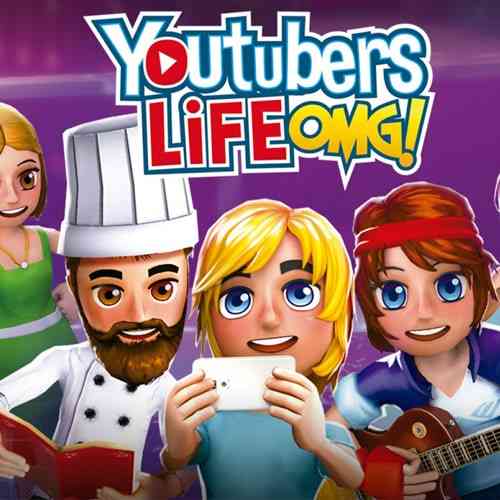 
Is Humankind the Civ Killer?