Imagine a place where there are no people; only dogs. There is no danger or sadness; only dogs. My friends, that place is called Heaven and you can visit it in Pupperazzi. This game has been in development since at least 2019, but it is finally coming out.

In a land call Muttropolis, it is entirely populated by dogs and you. You are able to walk around, pet all the dogs you want, watch them, and take pictures. It’s kind of the perfect game. 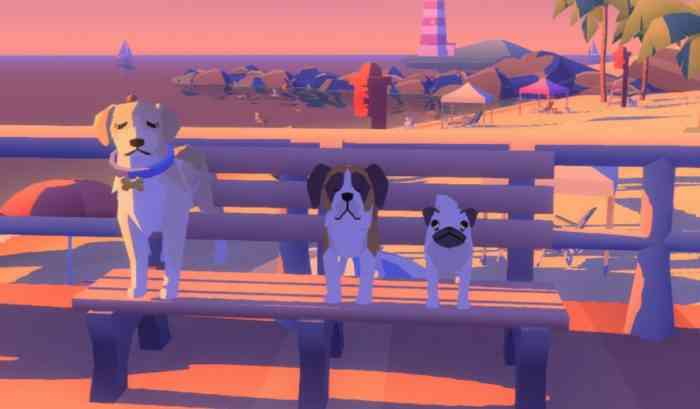 There are dogs of almost every variety and you can find them taking part in all sorts of activities. Some are lounging in the water on a floaty, some are riding bikes. You can find dogs on a swing set, in the park, dining on a patio, they are pretty much everywhere. There are also instances where you can throw a ball and play fetch with a dog or seven. They’re on those things like zombies on pipe bombs.

It is kind of unclear what the direction of the game is or how to progress. But what is life for a dog if not the unending cycle of play, sleep, and barking at people when they knock on the front door?

Pupperazzi comes from the developer Sundae Month and publisher Kitfox Games. Kitfox Games also developed and published Boyfriend Dungeon. If you are interesting in Pupperazzi, it will be coming out later this month.

Pupperazzi will be coming out on January 20th for PC and Xbox One. It will be available on Xbox Game Pass on day one.

Will you be trying out Pupperazzi? Let us know in the comments below.