Why Does This Keep Happening?

We live in an age of discourse. On one hand, large companies keep clinging to the same old genre conventions, regardless of who gets ignored or hurt in the process; meanwhile, on the other hand, people are sending death threats and general harassment to the guy who voices the main villain of Boyfriend Dungeon. The voice actor has taken to Twitter to ask people to stop harassing him over the character he voices being a jerk.

Yes, Boyfriend Dungeon is the indie game roguelike where you date your weapons. If you plan on playing it and think spoilers would ruin the experience, go finish the game now, we’ll wait until you’re ready.

Saying "it reflects poorly on me to play a character like this" is so confusing. There's bad people out there, I don't support what these kind of people are doing/saying/thinking at all. It's just acting, y'all.

For those of you who are out of the loop, voice actor Alexander Gross–known as @Octopimp on Twitter–lent his talents to Eric, a weapon nerd who ends up stalking the protagonist of Boyfriend Dungeon. When this subplot was revealed, some fans were upset, claiming that there wasn’t enough warning about the stalking in the game’s initial content warning.

This much is understandable, and developer Kitfox Games has revamped and expanded the content warning to make it more clear to potential players exactly what they’ll encounter in Boyfriend Dungeon. However, some fans took things a step further and began sending Gross death threats, hate mail, and general harassment for playing an evil character.

On Twitter, Gross addressed the controversy with a sense of general disbelief, announcing that he couldn’t believe he had to ask people not to send him hate about the character. Gross went on to add that “Saying “it reflects poorly on me to play a character like this” is so confusing. There’s bad people out there, I don’t support what these kind of people are doing/saying/thinking at all. It’s just acting, y’all.”

This isn’t the first time that someone involved with a video game has been sent hate by people blaming them for the game being “problematic”–which is a subjective label at the best of times–and it likely won’t be the last. What makes this particular instance especially odd is that fans appear to be upset that Eric exists at all. Regardless of where you stand on the matter, Gross is not the character he voices, and he should not be harassed. 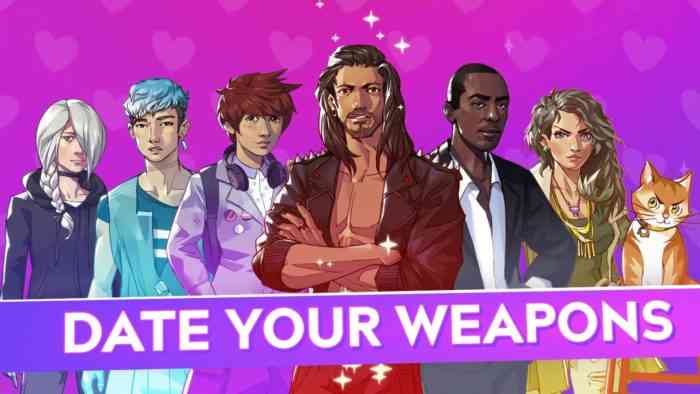 “It’s been said before, but I hope it really takes root,” Gross said in an interview. “Sometimes you have to play bad people that do very realistic, bad things. And that doesn’t mean we condone that at all.”

Boyfriend Dungeon is now available on Nintendo Switch, Xbox One, and PC.

Are you upset about Boyfriend Dungeon’s stalking subplot? Let us know down in the comments, or hit us up on Twitter or Facebook.

Sonic Frontiers Launch Is Not Postponed, Says Sega
Next
Pokemon Legends: Arceus Trailer Showcases the Wonder and Terror of Pokemon
Previous
More Day One Games Are Coming to Xbox Game Pass in August