AVICII Invector Review – A Fitting Farewell to a Music Icon

While video games are, indeed, my favourite entertainment medium, music comes a very close second. So whenever I get my hands on a music/rhythm game, I can’t help but be overjoyed. And while music games have since become less of a mainstay after the egregious milking of the Guitar Hero and Rock Band franchises, they can still be incredibly fun when handled with care. That’s what you’re getting with AVICII Invector, a wonderful and wickedly-addictive rhythm action game that isn’t just one of the finest music games in recent years but is also a perfect farewell to the late and influential Swedish DJ Tim Bergling, aka AVICII.

Developed by Hello There Games and created in collaboration with Mr. Bergling himself before his passing, AVICII Invector is, simply put, an amazing way to experience the musical history of AVICII in a greatest hits sort of way. There are 25 tracks in total, each boasting its own unique “musical journey” full of rhythmic and tricky button presses all the while trying to take in the glorious neon-esque lights and sounds. It’s a thrilling sensory overload that takes cues from Tetris Effect and Thumper and mixes it with the fundamentals of Harmonix’s classic music games. And similar to how Rock Band and Guitar Hero was able to get even non-gamers to give them a whirl, AVICII Invector makes for a great party game no matter your gaming expertise.

Laying Down Some Sick Beatz

AVICII Invector has you, more or less, controlling a spaceship through a constantly moving track. As the song progresses, you’ll press corresponding buttons on time with the beat to build up a combo all in the hope of making a mark on the leaderboards. On easy difficulty (which I recommend starting with), you’ll juggle between two face buttons, two triggers, and the d-pad to keep the beat. Moving to higher difficulties will add even more configurations and harder sequences. Nailing each prompt grows your combo meter until you’re able to use Invector’s version of ‘Star Power’ where things speed up but also allow for even higher combos. If all of this is starting to sound pretty similar to past music games, that’s because it is. Invector isn’t trying to reinvent the wheel here but instead adds its own spin on the formula. 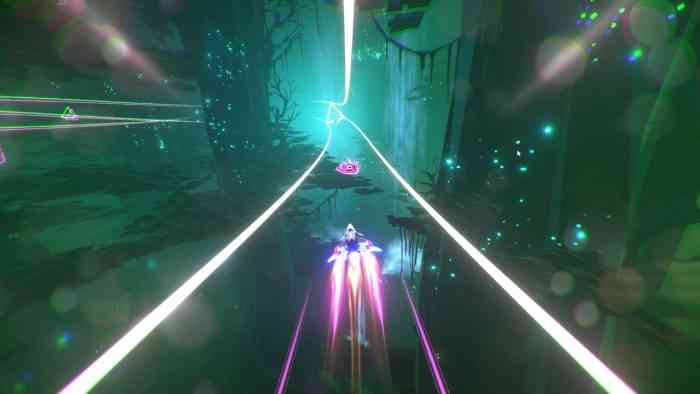 Some of those new spins include moving between different planes using the left and right buttons on the directional pad. This will literally spin the track in either direction in time with the beat. This becomes more prominent in later tracks and definitely keeps you on your toes, even on the easiest difficulty. I’d be lying if it didn’t trip me up a few times trying to memorize all the different button presses, strums, and shifting going on. But on the other hand, it’s immensely satisfying when you find yourself in a groove where it all seems to click, where everything feels natural.

Every so often in a song, you’ll break away from all the fierce button mashing in favour of flying across the screen through glowing rings that keep the combo chain going. These usually occur during a slow part of the song before sending you back on the track for some crazy chorus sequence. They’re a nice change of pace and allows for a breather once in a while, particularly when playing on Hard.

A Songlist for the Ages

AVICII Invector does a great job settling you in while steadily increasing the challenge level of each track. Just when you think you have the game figured it, you’ll come face to face with a phrase that’ll really kick your butt. It never feels artificial though. It’s not trying to be difficult for the sake of being difficult. Keep with it, and you’ll be rewarded. That’s the mark of a good music game. 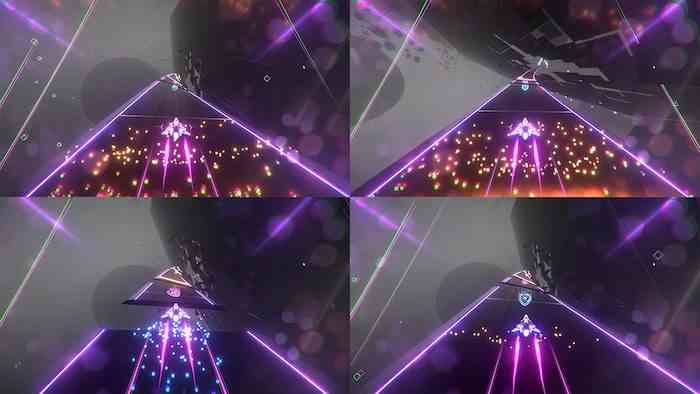 As mentioned earlier, 25 tracks are in the game which is divided into six worlds. There’s really not anything truly distinct about the worlds barring some background colours and effects. Also interspersed between songs are animated cutscenes telling the story of Stella, the pilot of your spaceship. I didn’t find these to be engaging in any real way and found them to be somewhat distracting when all was said and done. The good thing is that they’re short so it isn’t too much of a nuisance. I’m all for adding story in my games, but when all I want to do is tackle the next pulse-pounding track, I can do without it.

But let’s get back to the tracklist because it’s really, really fantastic. Pulling together songs that span his entire musical career (even from his posthumous third album), this is an insane collection of quality tunes that display AVICII’s ridiculous talent for making catchy EDM house bangers. From mainstream hits like “Wake Me Up,” “Without You,” and “Lay Me Down,” there’s bound to be something here to latch onto. Yes, die-hard fans will probably whine about some omissions like “Ten More Days” but I feel like those people are missing the point of the game. The songs on display are delicately handpicked and, when played in order, convey deep emotions when looking back at AVICII’s life through his work. Songs like “The Nights” feel more personal than ever after Bergling’s unfortunate death, and it’s what makes AVICII Invector the perfect tribute to him. 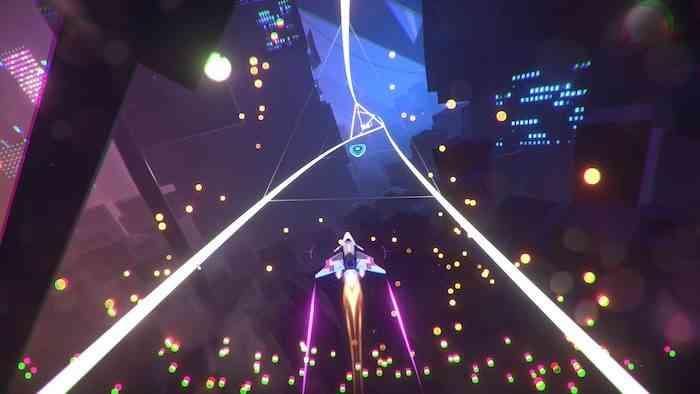 Rounding out the $20 package is a multiplayer mode that shouldn’t be ignored. Four players can join in via split-screen, each striving to get the highest score. Playing on a PS4 Pro, the performance was surprisingly solid without any hitches which means you can expect a locked 60fps even in multiplayer mode. My only issue is that it can sometimes be hard to make out some of the button prompts on your quarter of the screen. That’s pretty much expected when dealing with split-screen multiplayer but unless you have a giant screen, it might be easier for you and your friends to just take turns one at a time.

As a fan of music games, AVICII Invector is an easy recommendation. It might not take any big risks evolving the genre, but that doesn’t mean it isn’t a grand old time to be had. It looks great, sounds amazing, and makes for a surprisingly excellent party game for the Holidays. Even if you aren’t familiar with AVICII’s back catalogue of tunes, I still suggest you give it a shot. Who knows, you might find yourself becoming an unexpected fan of his music. If so, then I can’t think of a better way to honour his memory. 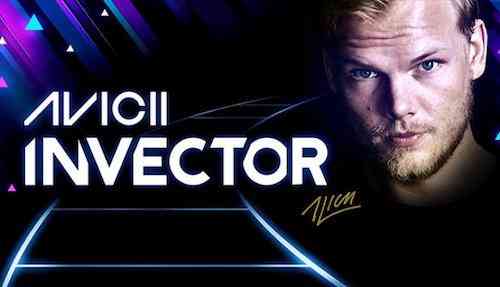