I wanted to make sure I was the one to review Alien: Isolation on Switch because I had heard rumblings of how this was shaping up to be the best port we’ll have seen on the system yet.  I’m so happy to tell you that this is indeed the case.  Alien: Isolation on the Nintendo Switch continually impressed me throughout my near 20-hour playthrough, frequently leaving me ecstatic that a developer was able to get a game – made for the beefier systems – to run and look just as good, if not better, on Nintendo’s latest console.  Naturally, it doesn’t come without its issues, but if you’re a fan of the Alien franchise, horror games, or just a damn good time, get your wallets out and get this game.  Now.

Set 15-years after the events of the original film, Amanda Ripley, the daughter of the badass protagonist from Alien that we all know and love, is tasked with investigating a found flight recorder from her mother’s ship, the Nostromo, previously thought to have been lost to space.  Amanda is, of course, looking for closure regarding the fate of her mother, and is thus given this opportunity to discover once-and-for-all the truth of what happened.

Believe It or Not, the Ripleys Look Fantastic

As mentioned earlier, this game looks good.  Like, insanely good.  Feral Interactive was able to utilize more “modern accumulation temporal anti-aliasing.”  If you’ve played the original, you’ll know what this means almost immediately upon startup.  Back in 2014, the game had a sort of ‘sheen’ covering its levels.  Everything had a bit of a shiny, dream-like look to it.  The Switch version isn’t a victim of this, with assets looking clean and crisp.  It’s going to be very difficult, moving forward to play a port that isn’t given the same care and attention that this was granted.

If there were one word to sum this Isolation up, it would be stressful.  Back in October of 2014, when the game originally released, it terrified players with its ability to ramp up tension at the drop of a hat.  As if going from 0 to 60, Isolation will test the mettle of even the most steel-hearted horror veterans, by flawlessly capturing the essence of what makes the Alien franchise so horrifying.  You’re alone.  With this thing.  And you feel it.  No one is coming to help you, and you’re barely able to help yourself, aside from climbing into a ventilation shaft and not making a sound.  Five years later, hiding in a locker as the Alien sniffs and drools all over the other side of the door still makes my heart race and my palms just as sweaty. 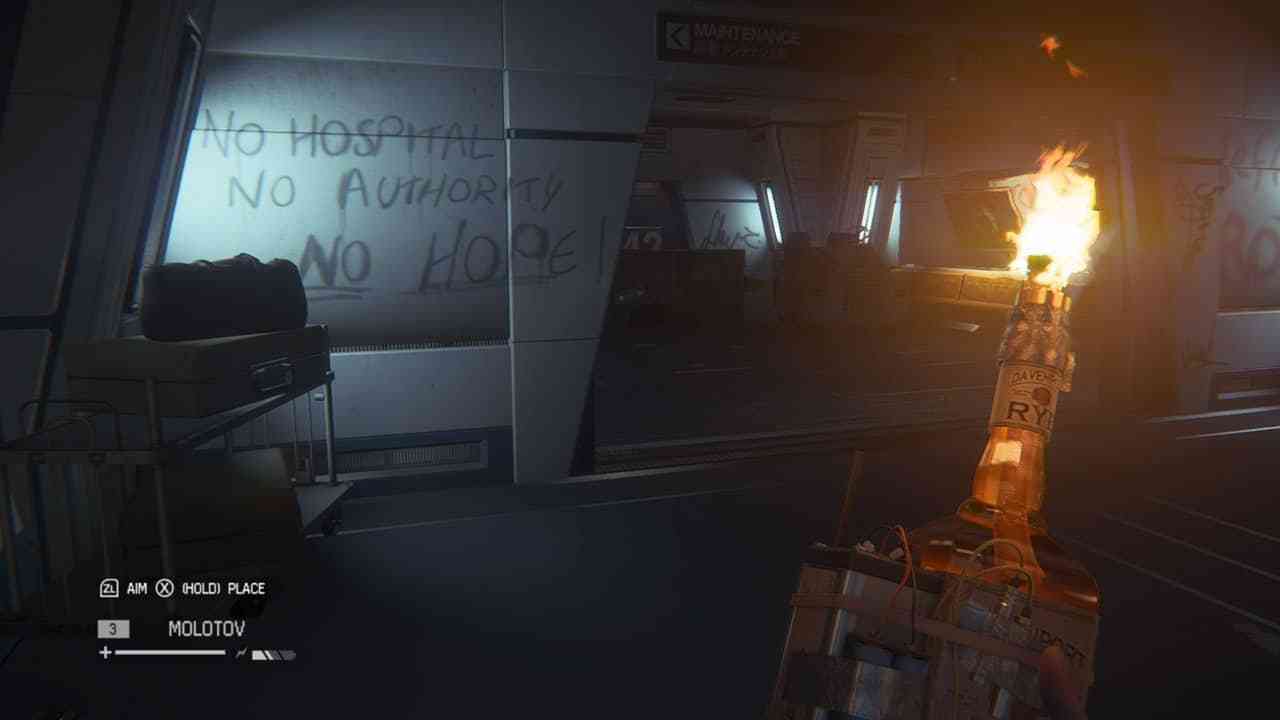 The sniffing and the salivating are one thing, but what sets Isolation apart from other horror games like it is the sound design.  Still, to this day, the sound design holds up as some of the absolute best that you’ll ever hear.  The sounds the Alien makes as it searches for you will make the hair on the back of your neck stand on end, and you’ll discover it’s intrinsically valuable to pay attention to what you’re hearing.  Picking up audio clues from your enemies is vital to survival, especially when it’s in your best interest to shut off your flashlight.  The conversations between non-alien enemies are fantastic as well, as they’ll often give you hints as to what to do next, without any sort of over-generous hand-holding to make things too easy.

A Couple of Inevitable Caveats

There certainly is an issue with the audio, however, and its one that’s easily fixed yet must be addressed.  The quality of the speakers in the Switch hardware itself is not up to par with what this game requires.  Much of the subtle nuance is lost in space when you play with only the consoles speakers to guide you.  Tracking enemies became more complicated, and overall the game was much less enjoyable.  Pop in a pair of any decent headphones, though, and you’ll be ready to rock.  And of course, this still will make your heart skip a beat when playing in surround sound. 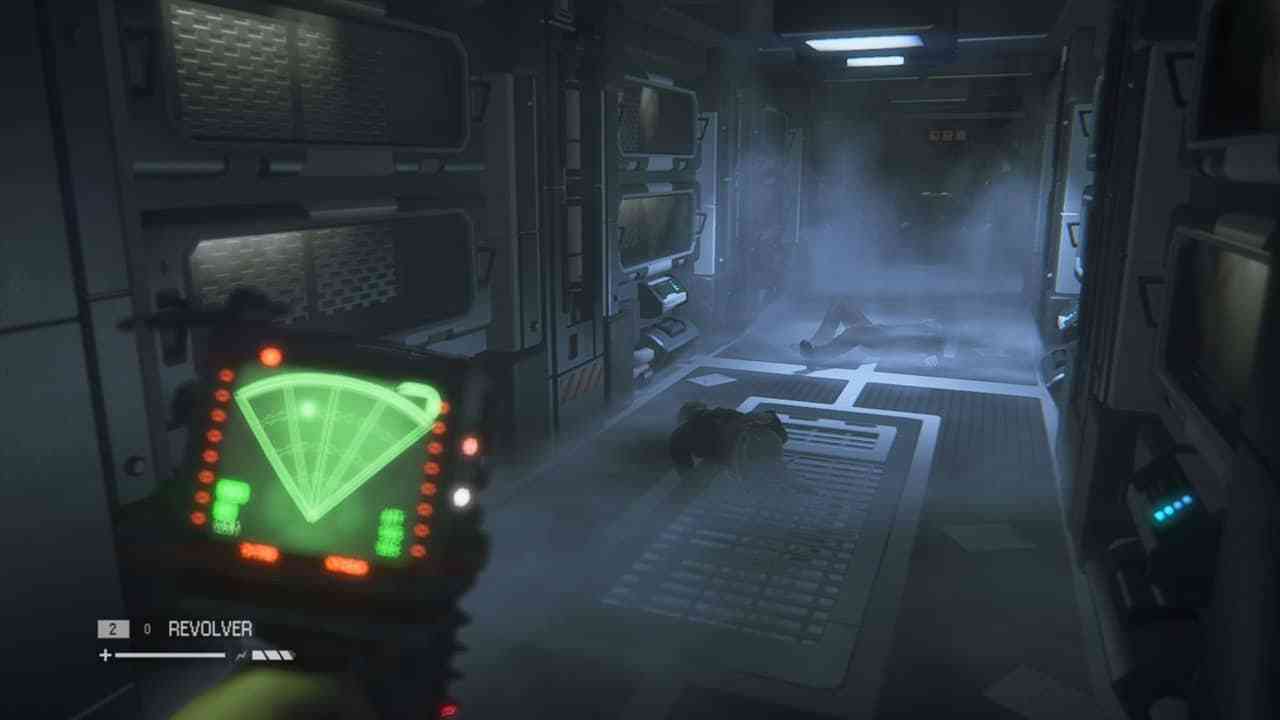 The other issue with the game is one that will undoubtedly be a bit more difficult for people to become accustomed to.  I had heard early reports of there being a bit of input lag when moving your character around, and unfortunately, this is indeed the case.  I think this issue may divide people into two categories – the ones that can get used to it, and the ones that can not.  After a couple of hours of gameplay, I honestly wasn’t even noticing the input lag anymore, but I can’t fault someone for bringing this up as a significant issue.  There are, for the most part, caveats when it comes to Switch ports, and this one is no different.

Alien: Isolation on the Switch is fantastic, and is most definitely a game that deserves a spot on your shelf.  Even five years later, Isolation continues to be a horror tour-de-force that will have you wishing you could play something rated ‘E’ for everyone instead.  Bring a pair of headphones and do your best to get over that input lag, and you’ll find yourself in the midst of the best port this console has seen to date.  You may also want to bring a portable charger as this thing is an absolute battery killer, but hey, when you look this good and feel this good, I don’t mind. 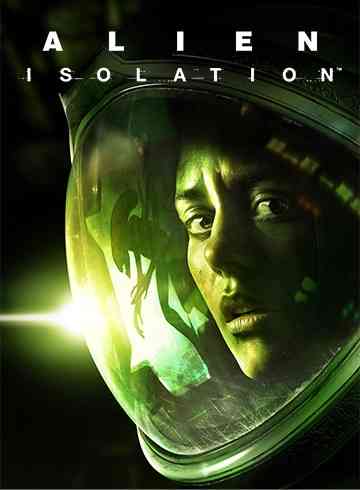