Summer is Right Around The Corner: 5 Best Fitness Games for the Oculus Quest 2

We’re all too familiar with the cliché of the sedentary video gamer, doughy and at one with the sofa stuffing, shellacked by a shiny film of Doritos orange pigment. Most of us have visited that shameful land, if not taken up permanent resident status. But the reality is that in the last few years there have been a lot of games and peripherals designed to remove the potato from the couch, get the blood moving to the extremities and to help the out of shape gamer approximate something close to cardiovascular fitness. From the Kinect to the Nintendo Switch Ring, it’s as if the games industry was saying, “Look, we’re trying, ok? Those extra forty pounds are on you, buddy. Literally.” 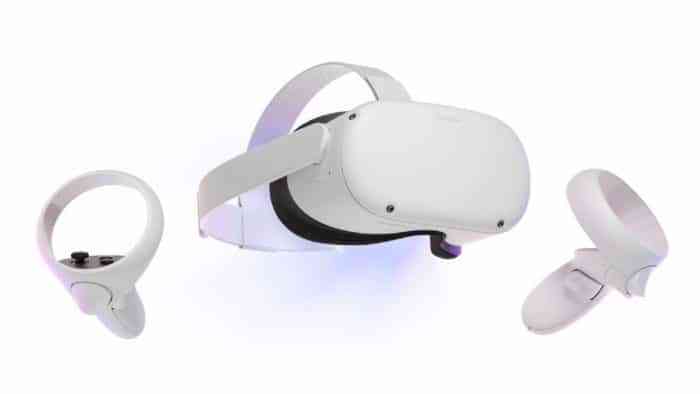 The virtual reality industry was pretty quick to dip its collective toe in the fitness game water, but being tethered to a PC doesn’t make for safe, effective or immersive workouts. With the Oculus Quest (and Quest 2), the restrictive cable disappeared and with it, the excuse not to work out. There are Quest games that simulate racquet sports, boxing, fencing, table tennis, running, dancing and some inventive variations, with the list growing all the time. What’s even better, these games really do work and can form the core of an diet and exercise plan and although neither version of the Quest is truly comfortable to the point of you forgetting having a device strapped to your head, the wireless freedom makes playing all these games a pleasure. Which means you might find working out, dare we say, fun. Plus, controller-free implementation and now, link cable-less streaming from PC makes the Quest 2 an even more flexible workout buddy.

Here are some of our current favorite fitness games for the Quest and Quest 2. All of them are being actively supported and updated with new content, songs or features.

Beat Saber, or as I like to call it, the reason I bought the Oculus Quest, is hands down the most fun way to get fit while playing a game. It might seem like a simple rhythm game but slicing and dicing blocks at the expert level or above is guaranteed to raise your heart rate and give your arms and legs a workout. A great and always-expanding selection of licensed and original tunes and a comprehensive list of modifiers to up the challenge are added to outstanding production values, making Beat Saber both a good starting point and go-to app for a gamer’s fitness journey.

Of course, Beat Saber spawned a flood of imitators and some of them are excellent in their own right. Check out Audio Trip, Audica, Oh Shape and Synth Riders, each of which plays a variant on the Beat Saber model, each with a slightly different musical focus or selection of original or licensed tracks. Supernatural is a unique member of this club, featuring outdoor environments and human trainers to keep you motivated. Supernatural’s workouts are effective but the downside is a monthly subscription fee.

Harmonix’s Dance Central probably needs no introduction, and although there are relatively few dance focused Quest games, Dance Central would be a standout way to move and have fun in the process no matter how many games were vying for attention. Great songs, a full-featured campaign and tons of modifiers and modes help put Dance Central on the must-play list and it can easily be the core of a calorie-burning program.

Boxing is an overall excellent form of full body exercise, and the Quest has a number of options if boxing is your fitness jam. FitXR is a re-make of the excellent BoxVR with more diverse and precise boxing moves, guided instruction and a pared-down aesthetic. Players of the original BoxVR might notice some missing features but will appreciate the expanded set of boxing moves and the ability of FitXR to challenge the player’s fitness at any level. One major caveat is that FitXR has also moved to a monthly membership plan, but anyone with the old version of the app can keep their content without charge.

But FitXR isn’t the only boxing show in town and both The Thrill of the Fight and Creed: Rise to Glory provide a more realistic, less abstract version of the sport with the player trading punches with AI boxers and featuring progressively more challenging campaigns. As workouts go, they’re all excellent.

Anyone who has played a lively game of table tennis against a really good player can attest to the humble rec-room staple game of ping pong providing at least some measure of athletic challenge, and although Eleven Table Tennis won’t burn mega-calories quite as much as some of the other games on our list, anything that gets you up and moving is a good thing, right? Racquet Fury is a similar table tennis simulator with the player squaring off against robots and both games feature online competitive modes.

Honestly, it took me a good long while to really appreciate how Pistol Whip brilliantly integrates music and movement in the context of an on-rails shooter, but when it clicked I was hooked. Abstracted characters and geometric, colorful levels are the setting for the rhythmic gunplay and as a fitness builder, there is plenty of squatting, dodging and upper body movement.

It goes without saying that no fitness program works without consistency, but all of these game go a long way to disguising workouts under the cloak of video game fun. They’re all addictive, easy to ease into, and have enough depth to keep you engaged past the beginner stage.