Fortnite Chapter 2 Season 4 brought a ton of Marvel-themed content to Epic Games’ battle royale, but many players considered it an average season in terms of the loot pool and map. While I considered it to be one of the better seasons after returning to the game from a long hiatus, Season 5 – Zero Point showed us what a great Chapter 2 season looks like.

Fortnite Chapter 2 Season 5 – Zero Point brought several new things to the battle royale’s island, mostly for the better. Sand Tunneling is a new way to flank your opponents in the center of the island which has become a vast desert full of locations such as a warehouse seemingly leftover from Dusty Divot, a new fan-favorite landing spot known as Butter Barn, and Salty Towers (formerly known as Tilted Towers). Two additional new points of interest were added to the Fortnite battle royale map with Zero Point, with Stealthy Stronghold and Colossal Coliseum changing up the map in fun new ways.

Stealthy Stronghold is a lush jungle location that’s walled off, an improvement from Nexus War’s Upstate New York. Where the new location feels like a jungle encampment akin to those in Jurassic Park, the former location felt more like a piece of land was just punctured into part of the Fortnite island. Colossal Coliseum is a fresh location that’s inspired by gladiator arenas of old, with the fun Fortnite twist that includes several familiar characters portrayed as marble statues, a hidden underground bunker that’s one of many littered around the map, and the custom-built llama in the center. All of the new and returning locations with Fortnite Chapter 2 Season 5 – Zero Point feel like great additions to the map, and now only older locations such as Coral Castle and Catty Corner feel dated and in need of replacement.

You Want Good Lot? You Got it!

In the center of the new Fortnite island, the massive Zero Point is out in the open for everyone to not only see, but also to jump into to regain health in a last-ditch effort to pull out a Victory Royale. This new POI was exposed by Galactus at the conclusion of Chapter 2 Season 4 and it has led to some interesting plays from skilled players. In the shadow of the Zero Point is an assortment of loot, as well as Zero Point Crystals–a new key mechanic with Chapter 2 Season 5–that give players the ability to double jump in whichever direction they’re aiming. This allows players to either dart forward (leading to some unfortunate deaths), easily gain height, or easily fall back to heal. Sand Tunneling may have come and gone throughout this season, but Zero Point Crystals have always been a reliable new addition to the mobility in Fortnite. 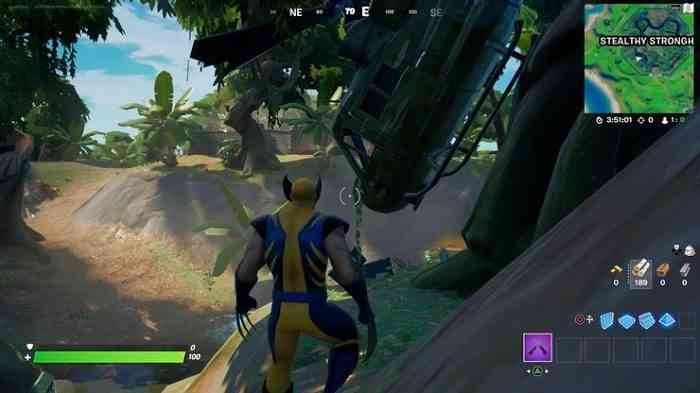 The key addition to Fortnite with Chapter 2 Season 5 – Zero Point is a new quest system and NPCs that make the battle royale map feel more lived-in. Gone are the days of a barren landscape to fight on, Fortnite now has NPCs that offer quests for players to do as they explore the map, get in fights, and harvest building material. NPCs will give players gold bars, a new currency added with Zero Point, in exchange for completing these quests which can be spent towards weapons, upgrades, consumables, Mythics, and other utility items like Bounce pads. Longtime fans of Fortnite will be familiar with most of these NPCs, but new fans might recognize some such as Bunker Jonesy (seen in the trailer for Chapter 2 Season 1), Sleuth (seen in the trailer for Chapter 1 Season 5), and The Mandalorian (that bounty hunter from Star Wars).

Each NPC offers their own quests/rewards and not all of them upgrade weapons, but some can be challenged to duels for unique rewards. Big Chuggus can be dueled in exchange for a powerful SMG, fighting Menace will yield a Heavy Assault Rifle, and Ruckus will pick a fight with you regardless of whether you want his RPG or not. Epic Games continues to dabble in various PvE elements in Zero Point, with the IO guards returning as well. These NPCs are littered around the map and most of them have multiple locations they can be found at, but Epic Games brings more variety to the table by only spawning so many of them in each game. Finding an NPC unlocks their card on the Collections page, giving Fortnite fans an additional page of things to look out for beyond the fish.

No Time to Bleed

The new Fortnite Battle Pass is hunter themed and it includes The Mandalorian as the level one skin, and The Predator as the hidden unlockable skin. The Predator can be found at Stealthy Stronghold and must be defeated in order to unlock the skin. After unlocking the skin, there are several challenges for Fortnite fans to complete in exchange for Predator themed goodies such as a harvesting tool and Back Bling that will be familiar to fans of the film, and a cool new loading screen designed around the Alien slayer. 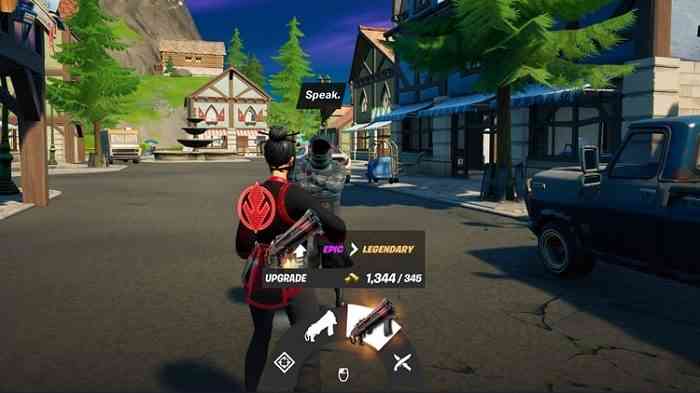 On top of these licensed battle pass skins, Epic Games has secured several amazing new additions to the skin roster during Zero Point such as Master Chief from Halo, Kratos from God of War, Michonne and Daryl from the Walking Dead, Green Arrow (through Fortnite Crew), and the upcoming Terminator and Sarah Connor from the Terminator franchise. These skins are teased through in-game portals near particular points of interest and transmissions from Agent Jonesy that blur the line between games, movies, and reality. With the addition of all of these licensed characters to Fortnite, it’s no wonder why LEGO marketing boss Robert Lowe thinks this battle royale is on track to be the first credible metaverse.

Similar to the artistic project Epic Games was doing with Chapter 1 Season 5, a new social media campaign has Fortnite fans clinging to the official Twitter account for any new transmissions from Agent Jonesy. In the Fortnite lore, Agent Jonesy is jumping from one reality to another in search of the most powerful bounty hunters in existence, but in our reality, Agent Jonesy leaks information about the next big skin coming to the Item Shop. Currently, Agent Jonesy is teasing Terminator and Sarah Connor, but fans of the Master Chief and Kratos skins have rumored a Samus Aran skin coming to the game this season as well.

Beyond anecdotal “I feel like this season is great, so it is” evidence, the amount of returning players with Fortnite Chapter 2 Season 5 – Zero Point is staggering. Content creators have returned to Fortnite after an extended break, many well-known pros such as Tfue and TimtheTatMan have returned to the popular battle royale, and Zero Point received wide praise upon release. The season was released with some issues, particularly the Sand Tunneling which has been disabled longer than it has been enabled, but Zero Point is a season that aims to improve on the foundations set by earlier seasons of the battle royale.