Fortnite Chapter 2 Season 4 – Nexus War recently came to a close with a big bang, as players teamed up with the Avengers to defeat the devourer of worlds, Galactus. While the event was the largest Epic Games has held in Fortnite in terms of overall file size, it also attracted a record 15.3 million players. Considering the event included Marvel characters and AC/DC music, it looks like Epic Games took a financial gamble that paid off with the event. Fortnite Chapter 2 Season 5 is available right now on PS4, Xbox One, Nintendo Switch, mobile, Mac, and PC. 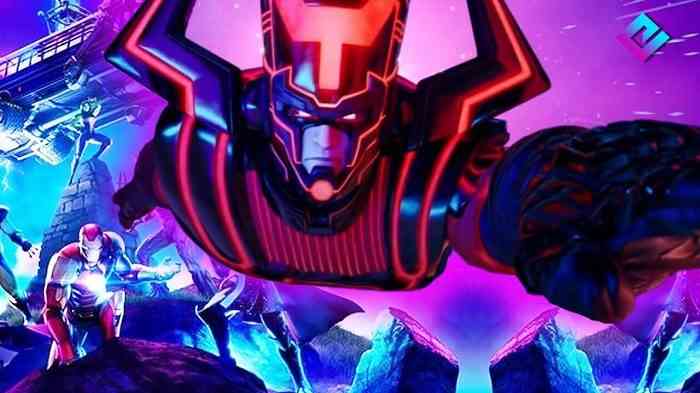 “We defeated him! A record 15.3 million concurrent players joined forces in our biggest event ever to fight back Galactus in today’s in-game event,” said Epic Games recently on the official Fortnite Twitter account. “While more than 3.4 million cheered and watched on YouTube Gaming and Twitch!” Fortnite Chapter 2 Season 4 brings to a close a season-long crossover with Marvel and Season 5 is more focused on the battle royale roots with some Star Wars influence.

Fortnite has been holding huge events since the Meteor event in Season 3 and with the Galactus event drawing in record numbers, it looks like Epic Games’ battle royale isn’t slowing down anytime soon. Fans of the in-game concerts also had a show to enjoy during Chapter 2 Season 4 during Halloween when J Balvin did a Fortnitemares themed show. With the release of Chapter 2 Season 5, Epic Games has introduced a new battle pass to Fortnite, in addition to vaulting several weapons and changing up the map in innovative ways.

“Join the Hunt. The Zero Point has been unearthed and Agent Jones needs the help from the greatest Hunters there are,” continued the official Fortnite Twitter account. “Fight alongside The Mandalorian, explore new locations, complete Bounties, and stop the Chaos.”

Did you take part in or watch the recent Fortnite Galactus event? Let us know in the comments below!