Epic Games has officially confirmed the monthly subscription service coming to Fortnite known as Fortnite Crew. The subscription will include the seasonal Battle Pass, 1,000 V-Bucks, and a monthly skin with a matching accessory. The skin that Epic Games teased for Fortnite Crew is a cosmic humanoid with a sundered Earth Backbling but apparently, the matching accessory may include Gliders, Emotes, or Pickaxes. Fortnite is available right now for Xbox One, PS4, Nintendo Switch, PC, Mac, and mobile, with Chapter 2 Season 4 coming to a close on December 1st. 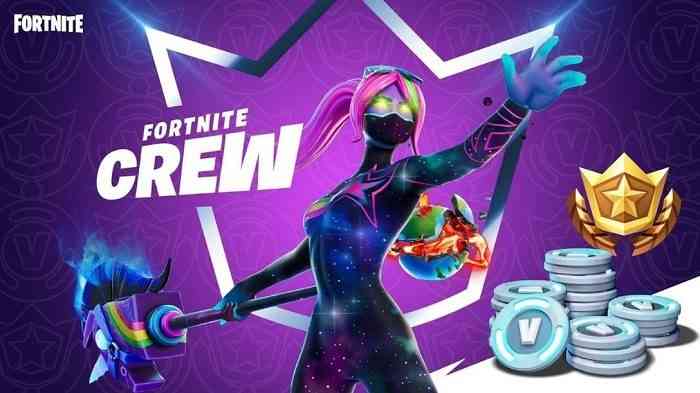 “December’s Crew Pack stars the empress of the cosmos Galaxia plus Style, accompanied by her Cosmic Llamacorn Pickaxe and Fractured World Back Bling,” said Matt Grandstaff, explaining the first bit of content that Fortnite Crew subscribers can expect. The monthly subscription service for Fortnite was teased during a recent survey sent out to fans, but now it looks like Epic Games is releasing it after gauging player interest. The current Fortnite survey is interested in players’ interest in TV shows, cartoons, content creators, streamers, and sports.

Will you be subscribing to the Fortnite Crew or is $11.99 per month too much for Fortnite? Let us know in the comments below!