While Fortnite fans already expected to see their favorite free-to-play battle royale title on next-gen consoles, Epic Games has confirmed some details about the upcoming port. Progression will carry over to the next-gen version of Fortnite, allowing gamers to bring forward their favorite skins, emotes, etc. Fortnite will be running at 4K 60FPS on Xbox Series X and PS5, but the Xbox Series S will only support 1080p at 60FPS. Fortnite is currently in Chapter 2 Season 4: Nexus War on Xbox One, PS4, Nintendo Switch, Mac, PC, and Mobile. 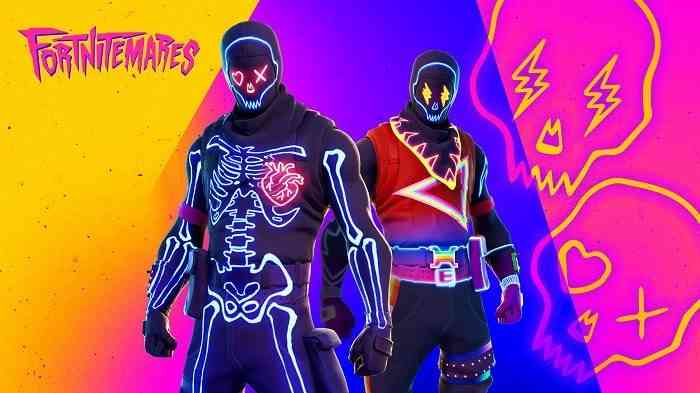 The next-gen version of Fortnite will include an “interactive world with grass and trees responding to explosions, enhanced fluid simulations for smoke and liquid (cooler-looking smoke and liquid effects), and all-new Storm and cloud effects.” It’s also promising faster matchmaking and 60FPS split screen. The Xbox Series S won’t be able to play the new Fortnite at 4K, only capable of 1080p, but the fast load times and 60FPS will be offered on both versions of the next-gen Xbox.

On the PS5, Epic Games will also bring DualSense controller support, meaning the new gamepad’s haptic feedback capabilities will make it “feel like you’re holding the Suppressed SMG or Bolt-Action Sniper Rifle” according to Epic Games. PS5 gamers will apparently be able to load instantly into battle royale mode when launching Fortnite, thanks to the PS5’s Activities feature. With Xbox allowing developers to piecemeal their games on the next-gen consoles, it’s likely that a battle royale only mode will also come to Xbox Series X/S.

Gamers who are currently playing Fortnite will be able to get their hands on the Throwback Axe to commemorate the first Chapter of Fortnite going into the next generation of consoles. The Throwback Axe is available from tomorrow until January 15th, 2021.

Are you glad that your Fortnite progression carrying forward onto the next generation of consoles? Let us know in the comments below!