Since the release of Fortnite Season 5 – Zero Point, Predator has been teased as a new skin through a new point-of-interest known as Stealthy Stronghold added to the map. Many hints alluding to the addition of Predator trickled out since the release of Season 5 – Zero Point, but the new boss NPC has been added to Stealthy Stronghold and players will need to defeat it to earn the new unlockable Battle Pass skin. Fortnite is available for free right now on Xbox One, Xbox Series X/S, PS4, PS5, Nintendo Switch, Android, Mac, and PC. 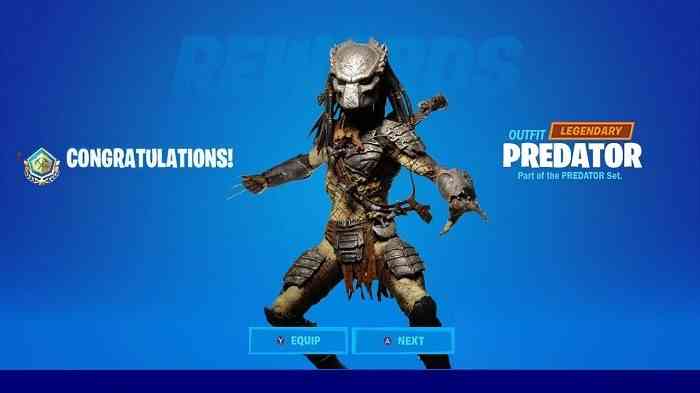 With increasingly more hints releasing since then, such as the Predator ship landing in the area with a recent update and a new nightmare portal opening up just outside Stealthy Stronghold mere days ago, the time has finally come for Predator to stalk its prey in Fortnite Season 5 – Zero Point. The most recent hint was released on Fortnite’s official Twitter account where another Agent Jonesy transmission teased the characters release with today’s update.

“I don’t think my target knows that I know that he knows where I am, which is just where I want him, y’know?” said the recent Agent Jonesy transmission. “He’s been hunting me for my last dozen jumps but it’s table-turning time because the cat in this little cat and mouse game, he doesn’t know that the mouse has a knife. That’s right! The hunter is now the hunted.”

In order to unlock the new Predator skin, Fortnite fans will have to defeat the new boss added to Stealthy Stronghold in an intense battle comparable to Wolverine from Fortnite Season 4 – Nexus War. Will you be unlocking Predator in Fortnite or are you scared of Stealthy Stronghold? Let us know in the comments below!